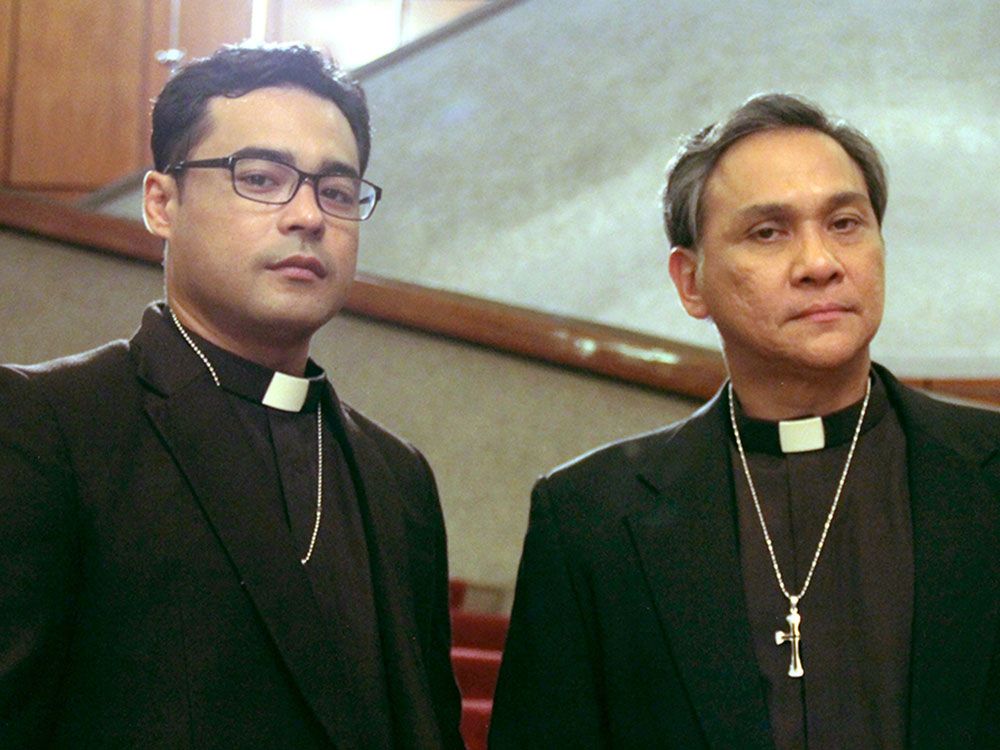 The new movie Smaller and Smaller Circles, based on the award-winning novel, highlights the fictional investigative prowess of two Jesuit priests who solved a series of murders in a slum neighborhood in the capital of the Philippines.

When a murder happens, what would you expect the Catholic Church to do? Some would say that it will offer a prayer, release a statement, or even hold a vigil. However, would you believe it if they got down to it and discovered who killed the victims? This is the plot of F.H. Batacan’s mystery novel that is now being turned to a movie entitled Smaller and Smaller Circles.

Two Jesuits priests, Fr. Gus Saenz and Fr. Jerome Lucero, were asked by the Director of the Philippines’ National Bureau of Investigation for help when boys went missing, then found dead and mutilated in their neighborhood at the Payatas dumpsite in Metro Manila.

At first, the police force was reluctant to say that it was the work of a serial killer, as a character did say that there are no serial killers in the country. However, as another body turned up in the mountain of trash, Fr. Saenz convinced them that the killer was just one and the same. Smaller and Smaller Circles moves to excite readers and viewers too.

A priest for an investigator? That seemed like a novelty! This is one of the things that got Ria Limjap, producer and one of the screenwriters of the movie adaptation, curious. “I’m not sure if there are any crime-solving Jesuits out there,” she said. “But if there are Jesuits who are also scientists, lawyers, linguists, etc., so why not a forensic anthropologist (Father Gus) or a clinical psychologist (Father Jerome)?”

Limjap bought a copy of the international edition of the novel in a book festival in August of 2015. After going through the crime thriller from cover to cover, the words and the writing style of the female writer won her over as she thought that it would actually make a great film. “The way F.H. Batacan wrote the novel is very cinematic,” she commented.

Limjap, who served as associate producer on the acclaimed movie Heneral Luna, talked to friends Raya Martin (the director) and Moira Lang (the co-writer and co-producer) who had already read the novel. Then she approached Ms. Batacan and submitted a proposal to the publisher.

After getting the green light for the project, the award-winning author acted as consultant to Limjap and Lang who were writing the screenplay. The screenwriters and the director confessed that they loved the book so much that they wanted to stay true to the source material as much as possible.

Limjap shared: “It’s understandable that, in a film adaptation, you cannot put a hundred percent of the book into the screenplay. It’s impossible. Literature and cinema are not the same –different conventions, different ways of conveying the story. So we had to decide on what to keep, and what not to include – remembering that we want to tell a cohesive story and make a good film.”

With this in mind, Limjap made sure that the revisions were really necessary. She revealed: “We made some changes not because they were hard to bring to life on screen but because they had to be made more appropriate for the medium – for instance, some details had to be changed to make them more visual, more cinematic.” Some of them included changing some male characters into female characters or vice versa, and even changing a clue.

Next, Limjap and Martin talked about casting the main role of Fr. Gus Saenz which went to Nonie Buencamino. “When Raya and I were first discussing actors for certain roles, we immediately thought of Nonie Buencamino who is really one of the best actors we have around today,” Limjap said. “We had both worked with him before, and we felt that no one else could bring the right gravitas, sensitivity and intelligence to the role – also, Nonie is a deeply spiritual person.”

As for the role of Fr. Jerome Lucero, they had Sid Lucero in mind. “Sid Lucero is an amazing actor – one of the best in his generation – and we love the way he is intense and yet totally natural. Raya had worked with Sid in his acclaimed film Independencia and we had just seen him in the wonderful Apocalypse Child where he played a surfer. We also thought Sid would make a really hot priest!”

Batacan shared with a group of writers last year: “There will be people who will say your work is “problematic,” who will insist that writing crime fiction in the Philippines is pointless, that you will only be aping Western writers. There will be those who say that you cannot speak for the common Filipino, nor understand either the common Filipino criminal or victim.”

Even with a few detractors, Smaller and Smaller Circles has been growing in popularity, topping the bestseller list in local bookstores. Some readers even wonder if they may come across with the two Jesuit priests again. Well, Batacan read an excerpt of the prequel that she was working on last year during a book signing of Smaller and Smaller Circles in Makati. That says something about the direction of Fr. Saenz and Fr. Lucero.

Although there is no release date yet for the film, the producers are sure that new and old fans of the book will get to see the movie adaptation of the acclaimed mystery novel later this year.

Limjap shared: “We hope the audience will be receptive to a film like Smaller and Smaller Circles – the first Filipino crime story, a Western-style procedural set within the Philippine context. We hope it will make people sit up and pay attention – look closely, listen carefully, and realize things about society that we’ve chosen to ignore.”

The Most Distinguished Legacy

Christianity has spread education everywhere. The University of Santo Tomas (UST), the first university of its kind in Asia, the Ateneo de Manila, La Salle, San Beda and many others, have been and are…

Popular devotion in the Philippines presents some features which demand bodily suffering that can reach an extreme extent like flagellations, the yearly "transfer" of the Black Nazarene of Quiapo in…

Being born sans material wealth is challenging enough yet being born deprived of senses is way tougher. But for someone who was born blind, Ronnel del Rio grew up teeming with vision. What he lacks in…