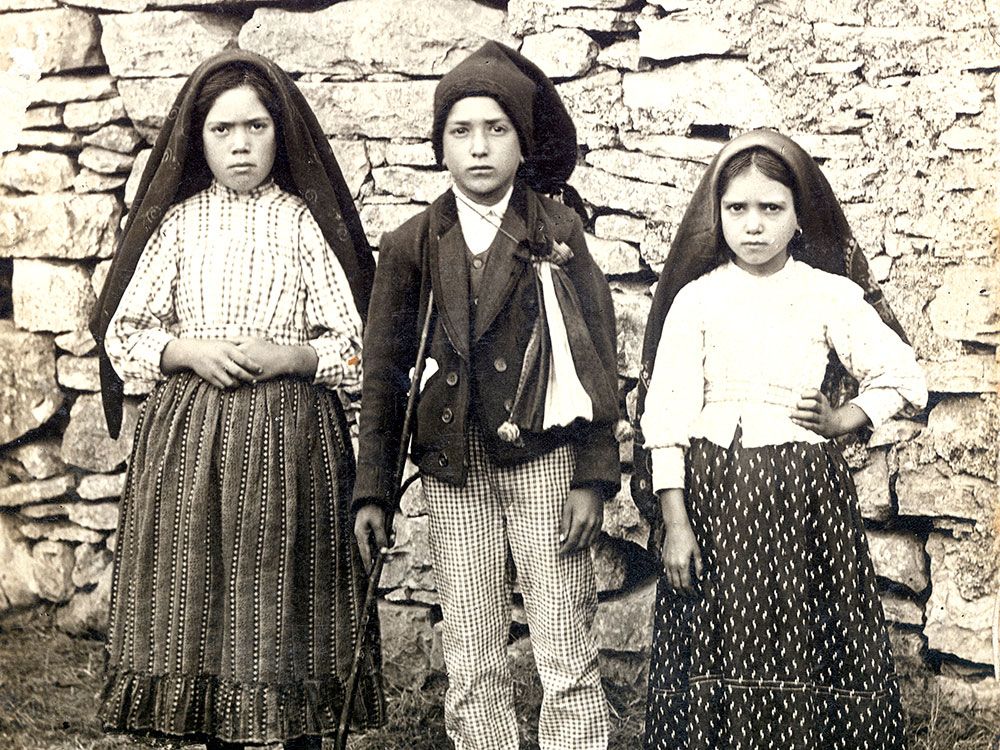 Jacinta and Francisco, two of the three little shepherds who witnessed the Virgin Mary's apparitions in Fatima in 1917, are the first children non-martyrs to be canonized in the history of the Church. The promoter of their sainthood traces the spiritual profile of each of the three children.

To enter into the heart and intimacy of the life of the three seers of Fatima – Jacinta, Francisco, and Lucia – is to enter into a mystery, as the mother of the little ones tells us: “The life of these children is an enigma to me” (Sister Lucia’s Memoirs, p. 61). In fact, their life is an enigma, in the deep sense of a style of living and acting, incomprehensible to a superficial look, and one to which we cannot access, except with delicacy and respect.

Francisco, from early age, was marked by the gaze that contemplates; Jacinta, by a compassionate heart; and Lucia, called to stay and to announce – different aspects of the same vocation – so that to look at the three seers together is to penetrate the essential of the message of Fatima.

During the apparitions, little Francisco saw only an Angel and Our Lady, not hearing what they were saying. And this was enough to develop his vocation and his specific role in the set of apparitions.

With his eyes completely centered on the light of what he was allowed to see, he lived enchanted by the beauty of God and of the Lady. Later, aided by the cousin's and sister’s explanations about the words of the Angel and of Our Lady, he will enter into the mystery of God: “We were on fire in that light which is God, and yet we were not burnt! What is God?... We could never put it into words. Yes, that is something indeed which we could never express!”(Sister Lucia’s Memoirs, p. 147).

And even though he had never found the right words to speak of God, he was perhaps the one who most understood and penetrated His mystery. In fact, Francisco allowed himself to be so intensely invaded by God that, by immersing himself in His divine presence in an attitude of adoration, he found in God the meaning and beauty of his life, he learned the perfect praise. (Mt 21:16)

Francisco lived an intimate relationship of friendship with God nourished by countless hours of Eucharistic adoration in the rectory of the parish church, in front of the Tabernacle, learning from Jesus the way of living life as a gift.

In Jacinta, the attitude of compassion is central. In her, we recognize a heart with depth and passion, completely dedicated to the mission that Heaven entrusts to her. These are her own words: “If I could only put into the hearts of all the fire that is burning within my own heart that makes me love the Hearts of Jesus and Mary so very much!”(Sister Lucia’s Memoirs, p. 132) From the beginning of the apparitions, she developed a deep devotion to the Immaculate Heart of Mary.

The love for Our Lady has shaped Jacinta’s life. In fact, the little shepherd Jacinta learned from Mary, and in the school of Her Immaculate Heart, to make God’s will the center of her existence: she learned from Her to “do the same as Our Lord.” (Sister Lucia’s Memoirs, p. 44)

This desire to conform her existence with the Heart of Jesus led Jacinta to desire to follow Him, walking the same path as the Master. And little Jacinta did not reject the solitude in sickness, the aridity of being denied Eucharistic communion, did not escape the open wound in her breast, resembling the pierced heart of Jesus, whom she loved so tenderly. And she lived all this, with a serene joy and a surrender love, as witnessed by those questioned in her canonical process.

She developed a deep sense of compassion for all forms of human suffering under the intense light of God and through the Immaculate Heart of Mary. She was insatiable in her thirst to pray and offer sacrifices for sinners. Her soul burned in this “zeal” for the salvation of the humanity that she felt as her own.

Lucia had a long life to announce to the world what she saw and heard. Her greatness consists in total fidelity to the mission entrusted to her as a child.

And for this, Lucia stayed behind, living in our time, being “an instrument of God’s mercy,” conscious that sharing the immense treasure of what she lived at the Cova da Iria, she divested herself of her secret so that “others, too, will sing with me the greatness of Your mercy!”(Sister Lucia’s Memoirs, p. 66). Still, she was obedient to the will of God, who “wants to establish in the world devotion to Her Immaculate Heart.” (Sister Lucia’s Memoirs, p. 177)

The Lady’s promise – “don’t lose heart; I will never forsake you; my Immaculate Heart will be your refuge and the way that will lead you to God” (Sister Lucia’s Memoirs, p. 177) – was the beacon of her steps and the sustenance of her life.

From an early age, she learned from the Lady to contemplate the face of Jesus and to let herself be configured by Him through the contemplation of the mysteries of the rosary. From an early age, she learned to trust in the promise of the triumph of this Immaculate Heart, an echo of Jesus’ promise: “Have confidence! I have overcome the world.” (Jn 16,33)

And so, during her long life, she witnessed this message, addressed to the whole world, surrendering herself in silence and prayer, in the cloisters of the Carmel where she spent most of her life. She did this by developing an intense and fruitful correspondence with the supreme hierarchy of the Church and with people of good will, to heed the invitations of God asking for prayer, conversion, reparation, the consecration of the world to the Immaculate Heart of Mary.

Lucia was a prophet of the Lord, proclaiming peace, reaffirming the merciful love of God for the world and the triumph of the Immaculate Heart of Mary.

A ‘yes’ to the invitation of god

One hundred years after all these events, it remains “amazing to see how three children surrendered to the inner strength that invaded them in the apparitions of the Angel and the Mother of Heaven” (Benedict XVI). All the invitations of God, when accepted by human beings, can introduce into the world a logic of love and grace that overflows the darkness of any sin.

The little shepherds were always a ‘yes’ to the invitations of God; they were a mature expression of the spiritual childhood that is a measure of the Kingdom. (Mt 18,2-3) Their eyes, their heart, their testimony are thus signs of God among so many crossroads of our life. That is why the “message of their lives remains always alive, illuminating the pathways of humanity!” (John Paul II)

In his long-serving ministry, Ecumenical Patriarch Bartholomew has unreservedly committed himself to the protection of the environment and the cause of peace, justice, and unity among all peoples,…

The Law is the content of the covenant between God and the chosen people. The Law is their great wealth, the reason for their glory in front of all the other nations. The heart of the Law is love: the…

Small, yet leading by example

While Portugal has more than doubled its quota to accommodate refugees, other E.U. countries are building fences and sealing off Europe’s internal borders. A deal with Turkey to secure this closure…