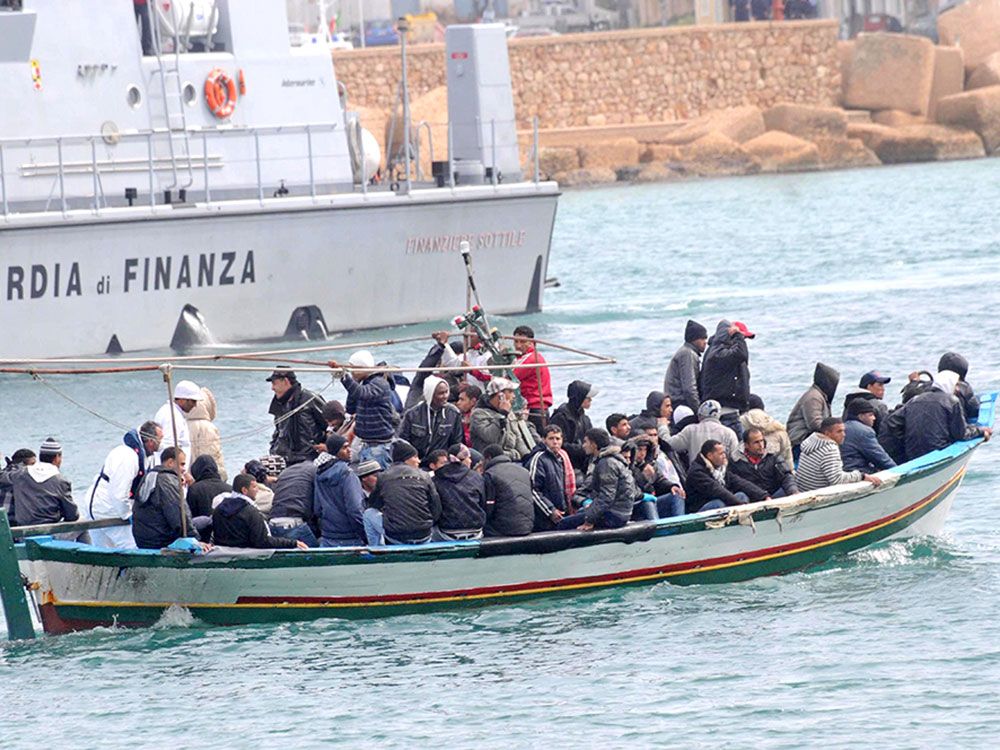 A wake-up call to the world

Pope Francis visited the tiny island of Lampedusa in 2013 to honor the immigrants who died at sea. The Pontiff’s visit made headlines around the world for bringing up the issue of immigration in a completely different light: from viewing immigration as a problem to understanding the plight of the immigrants.

On arrival at the island, Pope Francis was taken out to sea in a Coast Guard boat, and he threw a wreath on the water in memory of those who had died in the passage. He embraced the refugees, some of whom had arrived that very day, then he delivered a homily directed not to the immediate hearers, but to the world.

The Pope said: “Immigrants dying at sea, in boats which were vehicles of hope that became vehicles of death: this tragedy has constantly come back to me like a painful thorn in my heart. So I felt that I had to come here today, to pray and to offer a sign of my closeness, but also to challenge our consciences lest this tragedy be repeated.”

“But I would like us to ask a third question: “Has anyone of us wept for the death of these brothers and sisters? For the young mothers carrying their babies? For these men who were looking for a means of supporting their families? We are a society which has forgotten how to weep, how to experience compassion: the globalization of indifference has taken from us the ability to weep!”

The Pope pointed out to the Church the call to announce the Gospel to the outskirts of the world. Lampedusa is really the outskirt of the world, a geographic marginal area but, even more, the margin where a fleeing humanity lands, escaping from misery, often among the indifference of the affluent Western world.

Four years have passed and the phenomenon of the migration to Europe from Africa has grown exponentially: the flow of people from many countries of Africa like Eritrea, the Sudan, Ethiopia, Nigeria, Gambia, Guinea, Ghana, Mali, Ivory Coast, Senegal doesn’t give signs of abating. On the contrary, the acceleration is impressive.

According to the statistics of the United Nations, from 2008 to 2013, the time of the visit of Pope Francis to Lampedusa, about 300,000 migrants and refugees arrived in Europe. Slightly inferior is the number for 2014 alone. In 2015, they were more than 1 million, with a terrific acceleration. In 2016, they reached 500,000. In the first months of the present year, the acceleration has further increased.

Almost daily we read this kind of report: “At least 970 migrants were rescued off the coast of Libya on Thursday, Italy’s coast guard said, as the numbers attempting to cross the Mediterranean to Europe continued to rise. Even before Thursday's arrivals, more than 13,400 people had arrived on Italy’s shores so far this year – an increase of 35 percent compared with 2016 and 2015.”

Most of them are the so-called “economic” migrants; they do not necessarily come from a situation of destitution, they have means to pay the trip from their country to the shore of the Mediterranean and they give everything for the sea passage, the supreme gamble, ready to face the real risk of their life in the hands of the modern slave traders. They are convinced that, if they manage to reach the shores of Italy, they are in business.

The phenomenon has been compared to a modern slave-trade. Contrary to what the ancient slave-trade implied, this wave of migrants is not forced to their awful predicament, but they are voluntary pursuers of the dream of easy life and wealth in Europe. It is a kind of hysteria, provoked by the media, which is widely available, especially to the young. This is why up to almost 50 percent of migrants are minors not accompanied by their parents.

The Italians have coined a new term for the criminals responsible for the sea passage; they call them scafisti: the masters of the hull (scafo) of the boats they stuff with human beings. Since they are exorbitantly paid before their victims start the trip, they don’t give a damn if they survive or perish; they don’t feel the responsibility of delivering the “merchandise” in good condition.

They crowd the hull with people like sardines in a tin, at the risk of suffocation; they do not mind if the boat is overloaded and at the risk of capsizing. They already got their money! Given the utter chaos in the social and political life of Libya, these people enjoy total impunity.

The deaths at sea have increased exponentially: only during 2016, an estimate of 5,100 lives were lost at sea. At the same time, the European nations have joined forces with the operation “Sophia” which was created in 2015 and brings together a fleet made up of ships belonging to different European countries in order to patrol the Mediterranean between Libya and Italy. The operation “Sophia” has rescued so far more than 33,000 people.

The continuous, insistent call by Pope Francis for a blank, unconditional acceptance is falling more and more on deaf ears. All over Europe, the anti-migrants feeling is increasing and walls are going up here and there. Italy is in the frontline since it is on its shores that the migrants land in increasing number. The intention of most of them is to move on to Germany and other countries of Northern Europe. But since many of these countries are now refusing their quota of migrants, the situation in the Italian gathering camps is already untenable.

Sometime ago, Admiral Enrico Credentino of Operation “Sophia” stated that the solution was in Libya. This is the position the present Italian government has taken with the recent agreement with Libya, according to “The Migrants’ Protocol” of Prime Minister Gentiloni which was approved by all the heads of the European Community in their recent meeting at Malta (February 3 2017).

The agreement comprises investments to equip the Libyan government with the means of controlling or limiting the departure of the overcrowded boats, facilitating the repatriation of the “economic” migrants, and moving the migrants gathering camps to other African countries. The agreement has already been compared by Emma Bonino of the Italian Radical Party to Donald Trump’s wall with Mexico.

The same can be said of the previous agreement of the European Community with Turkey which stops the migrants and refugees mainly from Syria and the Middle East on their way to Northern Europe, especially Germany, along the so-called Balcan route. So, in a way or another, the diplomatic walls try to diminish, if not eliminate all together, the flow of humanity aiming for a European paradise.

Is there a limit to the acceptance of a Christian or should the acceptance be boundless? History and common sense suggest that, even in the Christian tradition, boundaries are recognized as essential and legitimate. Jesus Himself invites the disciples to come, away from the pressure of the crowds, and go to a place for themselves to rest. After the Ascension, the community of the 12 apostles and disciples withdrew into the privacy of the Upper Room to pray and wait for Pentecost.

The monastic tradition contemplates the institution of the “enclosure” which is strictly reserved for the members of the community: visitors, pilgrims, poor, have their quarters but do not violate the accepted boundaries. I experienced the hospitality of the Missionaries of Charity in their community of Huruma in the slums of Nairobi: the perimeter walls allow an orderly life for the hundreds of school children who flock there every morning, as well as the hundreds of handicapped hosted there and the large number of novices in formation.

Outside, the pressure of slum life is evident in the overcrowding, promiscuity, dirt and the pervasive presence of waste. You drive over rubbish and waste to reach the gate of the Missionaries of Charity, then inside there is cleanliness, order and dignified work. And this shows the importance of boundaries. What we allow to a religious community is even more essential for families and countries. A country without borders is not a real country.

This is what the European Community is experiencing: the need to regulate the influx of migrants for the sake of the present and the future, in a moment when unemployment is increasing and destitution is again appearing among the Europeans. Moreover, the difficulty of integrating the great majority of the migrants of Muslim religion is a fact that worries many Europeans. Even with the most open attitude of acceptance, this invasion, albeit peaceful, cannot fail to worry all thinking people about the future of their children.

Since Saint Peter left Palestine for Rome, no pope had visited the land of Jesus. Popes had dispatched envoys, emissaries and even Crusader armies to it, but it was only Paul VI who decided, 1,900…

The Power of Prayer

It was the first gathering of such kind in the history of the world: a meeting of all religions to pray for peace in the city of Saint Francis. It was the most original and courageous initiative of…