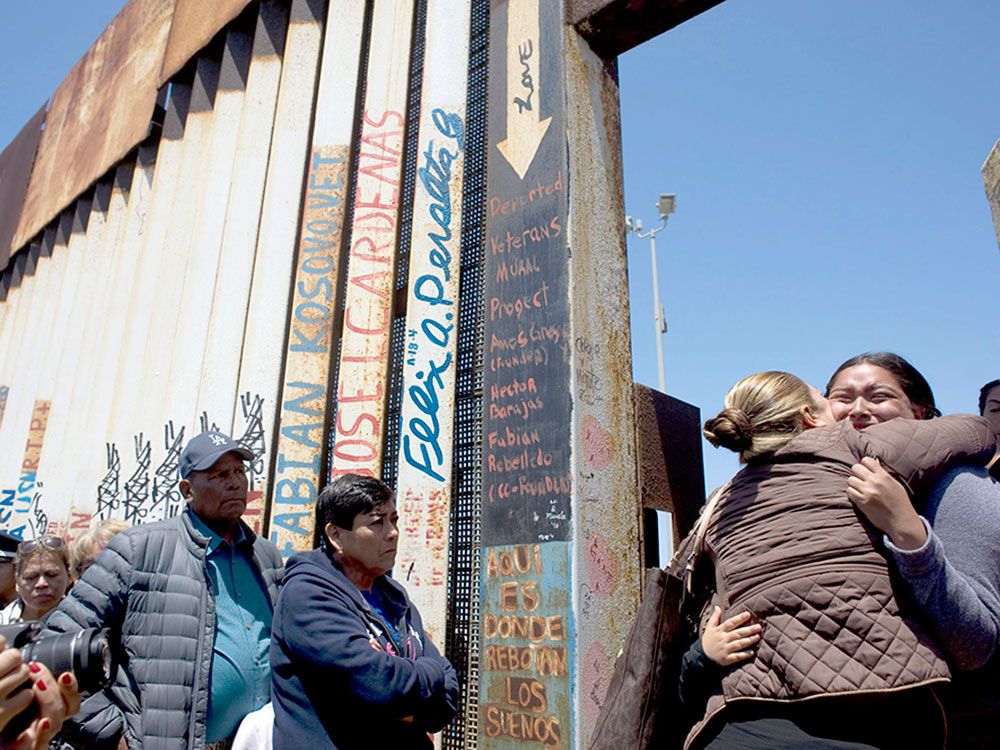 Recently, I was given a unique opportunity to taste some of the bitter hardships endured by fellow human beings fleeing drug-gang violence, oppressive poverty and economic injustice south of the U.S. border.

On the day after a talk I gave at St. Frances Cabrini Catholic Parish in Tucson, Arizona, I entered into a migrant immersion experience. Arranged by my kind host, Salvatorian Fr. Bill Remmel, my migrant immersion journey started with joining a team of Tucson Samaritans.

The Samaritans are a faith-based group who regularly patrol – mostly on foot – very remote areas of the Sonoran Desert in southern Arizona. They leave jugs of life-saving water along hot rugged terrain traveled by very poor migrant children, women and men seeking a safe, decent place to live in the U.S.

Because there are relatively few legal visas issued annually by the U.S. government for much needed low-skilled laborers, and due to an already existing 700 mile wall/fence along the U.S.-Mexico border, coupled with thousands of Border Patrol agents, most undocumented workers, trying to avoid being arrested, dangerously trek through the desert to hopefully reach a U.S. workplace.

On the day I went out with the Tucson Samaritans, appropriately enough, we met up at Southside Presbyterian Church – where the modern sanctuary movement in the U.S. was born. We traveled south stopping close to the U.S.-Mexico border.

Donning backpacks loaded with first-aid supplies, water and nutritional food bars, we hiked for four hours up into the Las Guijas Mountains looking for unchartered migrant trails. The mountain desert was hot and dry. Staying well-hydrated was absolutely essential. We discovered rugged trails that provided sure evidence – empty backpacks and water bottles – that migrants had hiked these paths.

On a 4,000-foot steep desert mountaintop, we paused to try to determine where the overgrown trail continued. As I looked out in all directions I could easily imagine many of the dangers facing me if I was a migrant: running out of water, heat stroke, hypothermia, rattlesnakes, thorny cacti, a debilitating fall, disorientation and getting lost.

The next day, at the federal courthouse in Tucson, I attend an immigration hearing of arrested migrants prosecuted under the federal program “Operation Streamline,” which tries migrant cases quickly, in large groups, with only brief access to legal counsel. That day, 14 migrants were given between 30 and 180-day prison sentences ending in deportation.

The third day, together with a few migrant ministry volunteers, I crossed the border into Nogales, Mexico where the Catholic-operated Kino Border Initiative provides humanitarian assistance to deported children, women and men.

While I was there, 38 recently deported men entered the small modest clean dining facility. They reverently prayed before eating. And as I was leaving, I said to several of them Dios te bendiga – God bless you. And they sincerely asked God’s blessing upon me, too.

Before leaving Nogales, I touched “The Wall” – the approximately 25-foot high steel barrier blocking Mexicans from entering the U.S. It looks and feels unholy. Well over 2,500 migrants have died trying to walk far around the wall and through the unforgiving Arizona Sonoran desert since its construction.

A cross in the desert

My final migrant immersion experience was participating in a desert cross planting. About 20 of us traveled to Cochise, Arizona where we planted a cross and prayed for Ramon Contreras Ramos, 36, who perished nearby trying to make his way through the desert. Ramon was a Mexican carpenter who had a wife and two small children.

While journeying along a desert mountain migrant trail, a Tucson Samaritan volunteer handed me a little girl’s broken hair barrette he found. It’s now sitting on my desk. And as I write this column, every so often I pause to look at it, and hold it. I sure hope that little girl made it.

And I hope that we will commit to becoming a deeply welcoming society to all those in need so that my new little friend, and all the needy migrants like her, will never again be forced to walk dangerous, unjust paths to a better life.

Asia faces religious extremism and terrorism. These phenomena have social, political, ideological, and economic underpins. Churches are making concerted efforts to work together to bring…