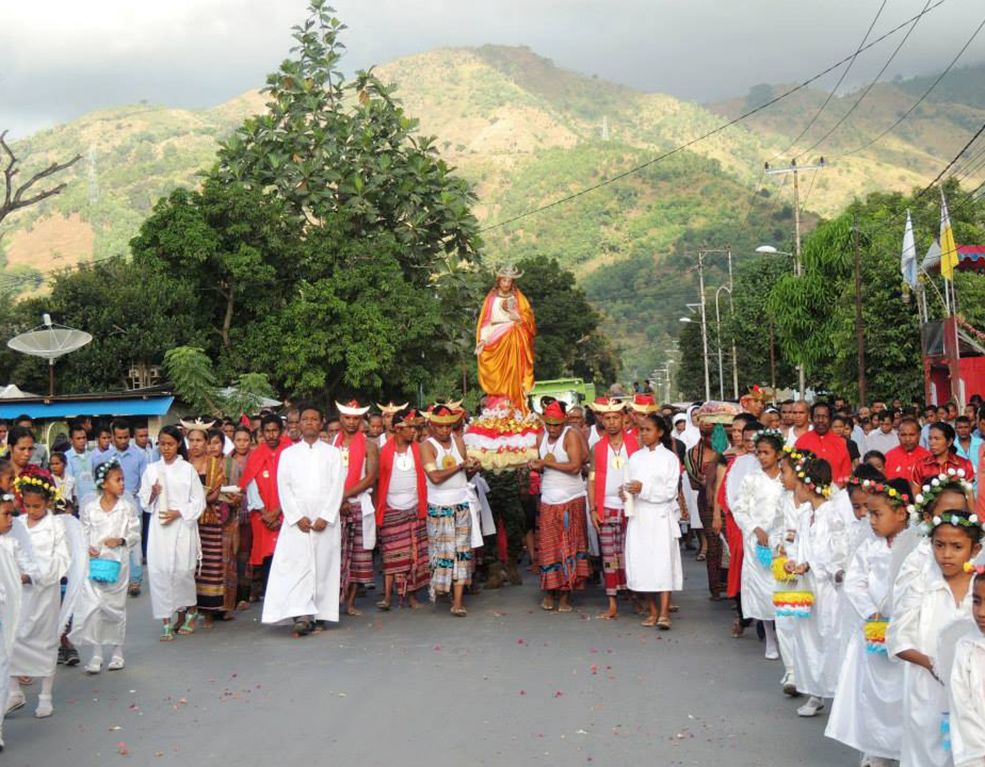 A young nation, Timor-Leste is attempting to eradicate corruption as the most pressing problem the country is facing. The Church must use its institutional power to weave a narrative that corruption “is worse than sin.”

There is an assumption (or more precisely an expectation), and understandably so, that countries with a strong religious presence such as Timor-Leste should be free of corruption. This assumption exists because no single religion teaches dishonesty, greed, and lies. All religions, including Catholicism—the predominant faith in Timor-Leste— value honesty and generosity among other universal human values. These values are at odds with corruption, which occurs when an entrusted power is used for private interest and gain.

Unfortunately, this assumption seems to be baseless. Corruption can happen anywhere in the world, in both religious and secular (or semi-secular) nations. It is a complex global problem. Per definition, corruption is against the very principle of honesty and greed as stated in the Ten Commandments (Exodus, 34; Deuteronomy, 10).

In particular, the seventh, eighth, and tenth commandments highlight God’s mandate of honesty and integrity. Pope Francis himself described corruption as something that is certainly “worse than sin.” The pope is thus committed to fighting corruption from within the Church.

Prevalent Corruption
In the case of Timor-Leste, corruption remains prevalent, and it is economically draining. In 2019, according to Transparency International’s corruption index, Timor-Leste received a score of 38. The higher the score, the less corrupt the country is in terms of number of cases. Many believe that the government is the most vulnerable to corruption due to the luxury of power.

Timor-Leste became a nation less than two decades ago. Ever since, it has diligently attempted to eradicate corruption by, for instance, establishing a Commission of Anti-Corruption (CAC), an integral part of the legislative task. Nevertheless, the effectiveness of the work of this commission is yet to be seen.

The problems of injustice and poverty remain a deep concern in the country. Many have begun to doubt whether the CAC will ever succeed in implementing its vision of creating a corruption-free future for the nation.

In 2015, for example, it was found that unemployment (62.6%) was the biggest problem in the country, followed by poverty (49%) and corruption (17.6%). This data, as presented by the CAC, has generally been accepted, but 77% of the population seemed to suggest that the most pressing problem was not unemployment but corruption.

For them, corruption, nepotism and cronyism (CNC) are common at almost all levels of government administration.

According to “Corruption: Avoiding Institutional Ritualism” by Aderito de Jesus Soares, many in Timor-Leste are convinced that corruption is a historical product of colonization. For them, it is a foreign import or legacy. Portugal and particularly Indonesia are to be blamed.

This scapegoating can partly be seen as a way of avoiding responsibility in combating corruption. It is noted that during the time of Indonesia’s occupation, corruption was rampant at all levels of society. Unfortunately, it continues to occur post-independence. In fact, corruption did not end with the occupation. Many in Timor-Leste cynically suggested that Indonesia’s legacy for Timor-Leste is corruption.

This cynicism is based on the fact that many who were involved in the independence struggle ended up working in the public sector and institutions, and they carried on the corrupt habits of the colonial past. For example, procedural rules and legal standards were often overlooked and replaced with the use of discretion of the person in power. This, however, isn’t an experience exclusive to Timor-Leste and is common in post-conflict nations.

A Challenge To Catholicism
Jonas Guterres notes that there is a strong tradition of gift giving, accepted as an expression of gratitude to people for their help and support. Linguistically, Guterres argues, there is no local word in Tetum for “thank you.” Even though the word obrigado/a meaning “thank you” is widely used in Timor-Leste, it is a foreign expression borrowed from Portuguese.

This assertion seems to suggest that “thank you” is not to be said but a deed or an action to be performed. People show their sense of gratitude in action, not in a verbal expression of thanks. This traditional practice of gift giving as an expression of gratitude can thus be seen as a form of corruption when it comes to practical politics and business negotiations. When this happens, the principles of democracy and good governance could be compromised.

Marcel Mauss, in his Essai Sur Le Don, explains the idea of reciprocity or the principle of gift exchange in his famous thesis, do ut des (“I give, so that you may give”). For him, a gift always entails a counter-gift. There is no such thing as a free gift. Aside from gift giving, Jonas Guterres (2017) also adds that family connections and care for family are pervasive within society.

This, according to him, may create an attitude that tolerates corrupt behavior of individuals, particularly those in position of power. In so doing, transparency and accountability may be neglected. There is always a mutual obligation to maintain and protect family networks; and when this is overemphasized, social control can be weakened.

“Worse Than Sin”
When this happens, corruption becomes very difficult to eradicate. While mutual care is important and is in line with the teaching of the Church, corruption is clearly a breach as it harms the wider community. The Church must use its institutional power to weave a narrative that corruption is evil; that it is “worse than sin” as in the words of Pope Francis.

The Church has a powerful public relations machine, and it knows that institutionally it can use its power to promote honesty and integrity amongst Catholics, particularly those working in the public sector. Conducting the sacrament of Confession where a sinner—after confession of sins such as corruption—is blessed and told to go and sin no more is simply not enough. More is expected from the Church as an institution. In a country like Timor-Leste, where over 95 percent of the population is Catholic, what more can the Church do to address corruption is a vital question. After all, Catholicism is at heart a religion of values rather than merely a religion of ritual.  Published in La Croix International