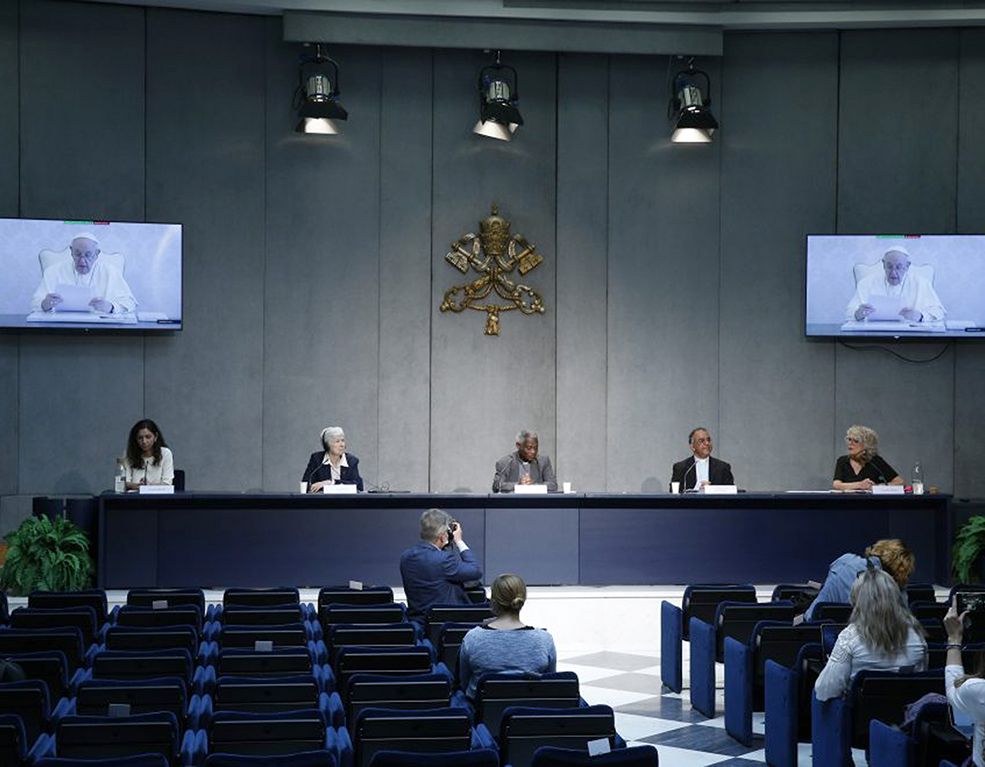 This initiative was announced at the end of the fifth-year anniversary of the environmental encyclical Laudato Si’. The pope said that the year would be followed immediately by a seven-year plan known as the Laudato Si’ Action Platform with focus on seven sectors: families, parishes, schools, hospitals, businesses, organizations, and religious orders.

The Holy Father explained that the action plan also has seven goals: the response to the cry of the earth, the response to the cry of the poor, ecological economics, adoption of simple lifestyles, ecological education, ecological spirituality, and community involvement. “Our selfishness, our indifference, and our irresponsible ways are threatening the future of our children. We have the opportunity to prepare a better tomorrow for all,” he added.

As misinformation continues to swirl regarding the COVID-19 pandemic, Pope Francis is calling on journalists, especially Catholic media professionals, to verify the facts they report while adopting a…