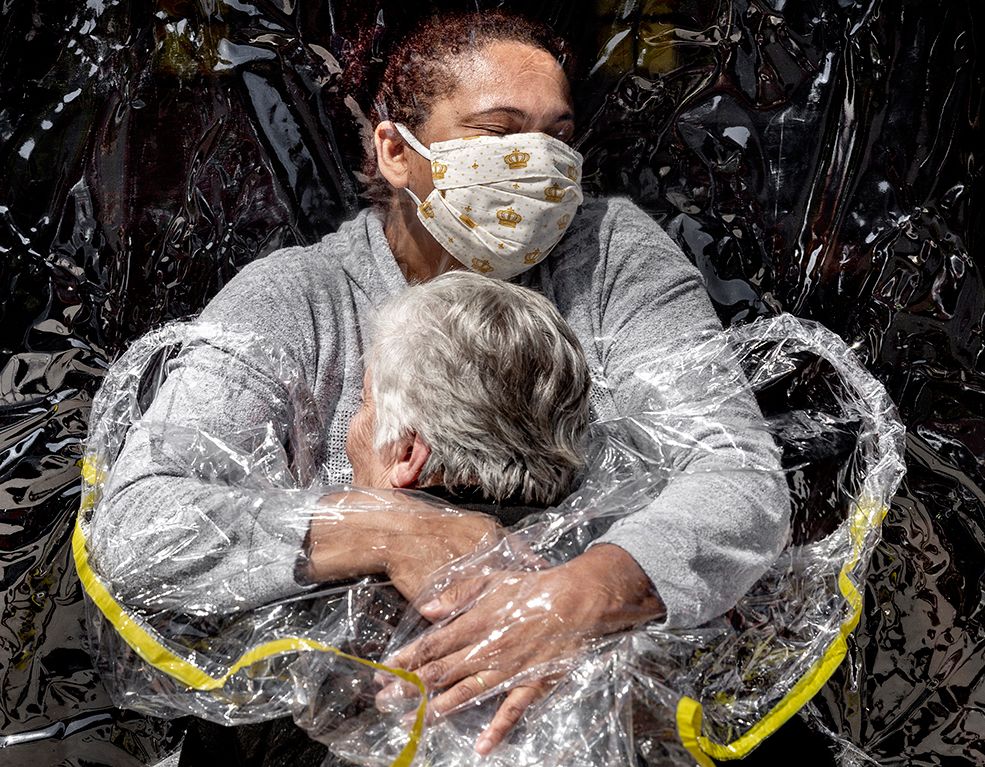 Since the COVID pandemic started in 2020, the public has become more aware of the heroism of the medical personnel. This is an interview in which two nurses and the head of a medical department in a public hospital expressed their points of view as frontliners.

It cannot be stressed that medical personnel are true heroes who sacrifice their lives for others. I interviewed two nurses and the head of a medical department in a public hospital about their observations on the pandemic. The two nurses are Tasha Camille-Enerio Valdez, (based in a hospital in Abu Dhabi), who I will refer to by her last name in this article, and another nurse working in a Philippine private hospital whose identity I am keeping confidential. The medical department head has requested anonymity and I will simply refer to this official as “Department Head.”

In your observation, how have medical personnel coped with the COVID-19 crisis?
Department Head: Inadequate manpower has always been a perennial problem. The pandemic really drowned the hospital beyond its capacity. Additional doctors and nurses were hired on a contractual basis to supplement our workforce. The hospital personnel did not think twice to answer the call to become frontliners. In early March 2020, there was so much fear because not many truly understood the COVID illness. After a while, fear was replaced by commitment. The support we received from the public really touched the hearts of all frontliners. Living accommodations in nearby hotels were given for free to employees who could not commute. Our motorpool drivers were just as courageous as any other frontliner. DOH was quick to release funding for additional manpower.

Nurse in private hospital: There came a time in 2020 when the health workforce called for a timeout and a stricter enhanced community quarantine especially in Metro Manila. This happened when the nation’s capital reached a critical level, hence an overwhelmed healthcare system. I just couldn’t imagine how harder it could be for those in government hospitals. I feel restless and thoughts keep running inside my head about so many things, including the patients I had to attend to and whether I’m still safe and have not harbored the virus back home to my family.

Enerio-Valdez: In my observation, medical professionals initially viewed COVID as any other outbreak of previous times. The constantly changing medical advice wasn’t difficult to handle. We as nurses are used to following instructions. Coping with COVID wasn’t initially difficult, especially in the Philippines where the majority of doctors and nurses are used to heavy workloads. Stress and exhaustion have always been part of the job. Nevertheless, I think, no matter how talented we are at coping, as humans, we can reach our limits without proper support. What was really hard to swallow were patients who died without a fight. All because healthcare professionals were at a point where their skills of stretching resources and improvising have reached their limits.

In Abu Dhabi, healthcare professionals working in the intensive care unit in COVID facilities are debriefed and offered counseling. Compensation is increased and a hazard pay is given to motivate them.

How did the medical community feel about the guidelines that were handed down by the government? What can you say about government support (or the absence of it) for medical personnel?
Department Head: The guidelines being followed in the Philippines mostly come from the World Health Organization and the US Centers for Disease Control and Prevention. Compared to the US and Europe, we have been more stringent with the lockdowns and the strict safety protocols we implemented.  It’s not just the government that has been at fault, but the people who lack the discipline to follow rules. The government was fast in releasing needed funds to buy necessary equipment and put up new facilities. Molecular labs for COVID testing were set-up as well.

Nurse in private hospital: I would say not absent, but lacking. There has been neglect of many critical issues that needed attention from the very beginning, such as the unmitigated community transmission, slow and undervalued contact tracing, lack of human resources for health, unclear financing mechanisms, lack of equipment to include PPE’s compromising infectious control in the field and in hospitals, and the lack of public health facilities. Most of the time, support coming from the private sector was more visible and appreciated.

Enerio-Valdez: Here in Abu Dhabi, we’ve had no issues about it. The leadership of this country has been headstrong when it comes to the welfare of their people.

What are the issues facing medical personnel during this pandemic that have been largely overlooked?
Department Head: What the public does not see is the health workers’ fear of bringing the virus home. Many opt not to come home, but the separation is not easy. Hospital policies advise suspect patients as COVID-positive unless proven otherwise. This means that patients need to undergo PCR testing with additional x-rays taken, which also burdens the patients with additional hospital fees. The public do not see the stress of healthcare workers in listening to complaints of patients. It is also sad to see that medical care was solely focusing on COVID and left non-COVID patients with other illnesses nowhere to go. I fear this situation added to the number of deaths.

Nurse in private hospital: This pandemic magnified and exposed a longtime public health crisis that has been hidden like a skeleton in the closet. Early in 2019, funds for health services in the P4.1-trillion national budget for 2020 were slashed by about P10 billion, even as the country faced strings of epidemics back then.

The government didn’t immediately close the borders despite warnings of the new virus’ lethality. Add the widespread dissemination of inaccurate information regarding the virus. This resulted in surges in the number of cases and to more lethal mutations of the virus later on. We began accepting all afflicted with the virus at first until hospitals eventually became full. The worst of it all was when the frontliners also ended up as fatalities. The recent death of a nurse in a tertiary hospital caught everybody’s attention, especially when it was revealed that she never received the hazard pay she was promised for working during the pandemic.

Enerio-Valdez: In the Philippines, the long list of pressing issues that have existed before and were overlooked have become worse with the pandemic. Mainly, poor compensation, the disorganized healthcare system, and the safety of healthcare workers. In Abu Dhabi, these issues are being addressed.

What are the most urgent issues in patient-medical personnel relations that have been highlighted during this pandemic?
Department Head: The mental wellness of frontliners is not being addressed. Unfortunately, spiritual or psychological support is not a strong practice. Doctors are also poor recipients of caregiving.

Nurse in private hospital: One is truth-telling. I’ve heard many instances of patients who come into hospitals and don’t fully declare their medical histories to healthcare providers, especially if they have signs and symptoms that fall under the COVID-19 person under investigation or probable categories. They only admit these when they’re already manifesting moderate to severe signs and symptoms. This compromises the healthcare providers and other staff attending to them. Another is discrimination and seemingly loss of respect towards the health workforce. There came a time when people didn’t want to be in close contact with us with the fear that we carry the virus.

Enerio-Valdez: First, there is the lack of respect and the sense of entitlement among many patients. However, the current hospital conditions and what medical professionals are going through on a daily basis have been brought to light, so I believe we have gained more respect from patients. Second, medical professionals are the one to break the bad news to patients and their families. We are expected to empathize with them and absorb the family’s anger and frustrations.

In what ways have Church/psychologists/therapists been of help to medical personnel?
Nurse in private hospital: In one hospital, I learned that they developed a platform called COPELINE wherein all associates are provided with hotlines to call when they need someone to talk to. Therapeutic activities such as adult coloring books and even groceries were provided.

Enerio-Valdez: Here in my own home, we attend Mass online and we are not able to receive sacraments as much as before. Nobody is allowed to enter the Church without bookings in order to control the influx of people. Church organizations or groups such as The Feast by Bro. Bo Sanchez have been a big help as a source of peace and relief of burdens from work and from this crisis in general. In the workplace, hospital personnel look out for each other and ICU staff is given regular debriefings or counselling as well as adequate rest to ensure that they are at their best mentally, emotionally, and physically.