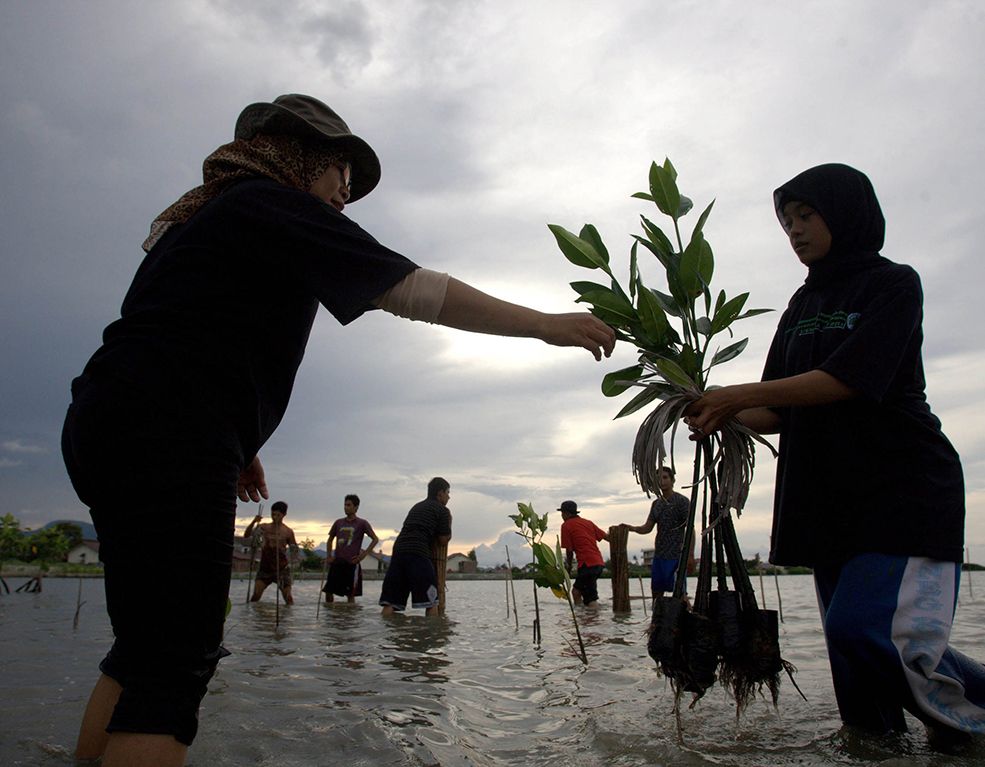 As deforestation sadly continues everywhere in the world, its consequences such as drought, soil erosion, and global warming to name a few, are heavily felt. Thus, it is important for all nations to protect and restore their forests for a better future of the planet.

Forests are of vital importance to the well-being of all creatures, the natural world and especially humankind. They absorb most of the damaging CO2 that causes climate change. Their protection and restoration should be of the highest national priority of each nation in order to hold back global warming from rising above 1.5 degrees Celsius and avert the catastrophe that is to come.

Forests are vital for retaining and releasing water the whole year-round, preventing drought, and providing clean water and protection from landslides and soil erosion during the typhoon season. In the Philippines and other nations that have suffered deforestation, there is severe low crop yield due to soil erosion from massive rains and typhoons. In some provinces, 50% of the rich topsoil has been washed away, and that number is projected to increase in the future. There are no more forests to hold the water back. The Philippines, once self-sufficient in rice, now imports most of its rice.

Uncontrolled Logging
Deforestation is mainly caused by mining companies and loggers allowed by officials. In 1900, there was 70% forest cover in the Philippines. By 1999, there was about 3-5% remaining. Forty years of uncontrolled logging caused this irreplaceable loss of primary rainforest. Denuded, bare, and exposed hills and mountains is the tragic result and it still goes on. Ninety-eight percent of Philippine plywood that is exported to Japan is worth US$86 million. However, some wood exported is from sustainable plantations.

There has been what I call “foresticide” with the global deforestation rate at an estimated 10 million hectares per year. That is 429 million hectares since 1990. The cutting of millions of hectares of the Amazon rain forest and killing of forest guards and indigenous people are increasing. More than 230 million hectares of prime forest will have been destroyed by 2050, researchers say.

There is a “secret war” over the environment in countries such as the Philippines and Brazil where some government officials support logging and mining companies. Dozens of forest guards and environmental protectors are being systematically shot dead by mining security guards in the Philippines and cattle ranchers in Brazil. The military allegedly declare indigenous communities as terrorists or supporters of communists and justify displacing them. The mining companies then exploit the ancestral lands without protest or opposition. Italian environmentalist priest Father “Pops’ Tentorio was shot dead in 2011. No one has been convicted for the crime. Other priests were killed in previous years.

Battle To Preserve The Forests
In the Amazon, the forests are cut to provide pasture for cattle and fields for palm oil and soya growing. The cattle ranchers and soya planters are wiping out indigenous people through disease and violence. The proliferation of cattle in the world, though it decreased to 989 million from 1 billion in 2014, is an environmental disaster as they produce huge amounts of methane, a global warming gas that causes forest wildfires. In Europe, there is a battle to preserve the forests of Poland. The government is allowing the logging of the world heritage site of the famous primeval Bialowieza Forest that has stood for millions of years. In 2018, the European Court of Justice declared the deforestation as illegal. But Poland is planning to continue soon despite the protests and legal challenges. Destroying the habitat of wildlife will destroy their chances for survival.

Germany has a big threat to its fabled forests by acid rain caused by polluting factories, coal plants and vehicles emissions. By 1980s, 2.5 million hectares were damaged and hundreds of thousands of trees died. The acid rain killed the leaves and the roots. The forests are being protected with changes in law and change to renewable energy sources.

Mega Planting Projects
Trees are essential for humans and animals. The trees emit healthy fumes and aromas. They are interconnected by a root system and promote the growth of essential fungi and other plants. A world without trees and wildlife is a diminished form of life. There is good news also as mega planting projects are getting popular.

In Uttar Pradesh, India, 800,000 volunteers planted 50 million trees in a single day. The record was broken the following year by the state of Madhya Pradesh, which had 1.5 million volunteers planting 66 million tree saplings in just 12 hours. The efforts continue each year. This year, respecting all the social distancing measures, two million volunteers gathered at farmlands, government buildings, and riverbanks in Uttar Pradesh to plant 250 million saplings distributed by the officials. Also, this year, trees are being tagged to keep records of their survival. The overall goal is to increase the forest cover to 235 million acres by 2030 – a number India pledged to in Paris in 2016.

Ethiopian government’s Green Legacy Initiative placed innumerable volunteers – around 23 million of them–at 1,000 planting sites across the country. Together they allegedly managed to plant more than 350 million saplings in just 12 hours.

Faced with desertification and increasing wildfire threats, Turkey has initiated its own mega planting project. Last year, the government declared that November 11th would become the National Forestation Day. In the first year, volunteers planted 11 million trees in more than 2,000 locations across Turkey. The northern Anatolian city of Çorum broke the world record for the most trees planted at a single site in one hour–303,150 saplings.” However, not that many survived and the survival rate is disputed and an estimated 40 percent perhaps have survived.

Yet it is hope for the future that the forests can be replanted and, in the Philippines, we need more planting projects working directly with the people. The DENR projects have endured failures and allegedly some corrupt deals with contract growing.

The best practice we found is to give the saplings to the indigenous peoples to plant on their ancestral deforested lands. In our efforts at the Preda Foundation working with the Aeta indigenous people, they plant an average of 3,000 saplings every year for the past 15 years. A small but significant contribution, we can save the forests and restore them by trusting and working with the people.

Golden Jubilee of the Little Brethren of Mary

Founded on July 2, 1971 by Fr. Antonio Piacentini, MCCJ, the Little Brethren of Mary celebrate this year their golden jubilee anniversary. They share with us in this article the history of the…

For someone who was born to a wealthy family and rose to fame as an award-winning actor and filmmaker, Kyaw Thu has a comfortable life anyone in Myanmar would envy. However, despite his stature,…