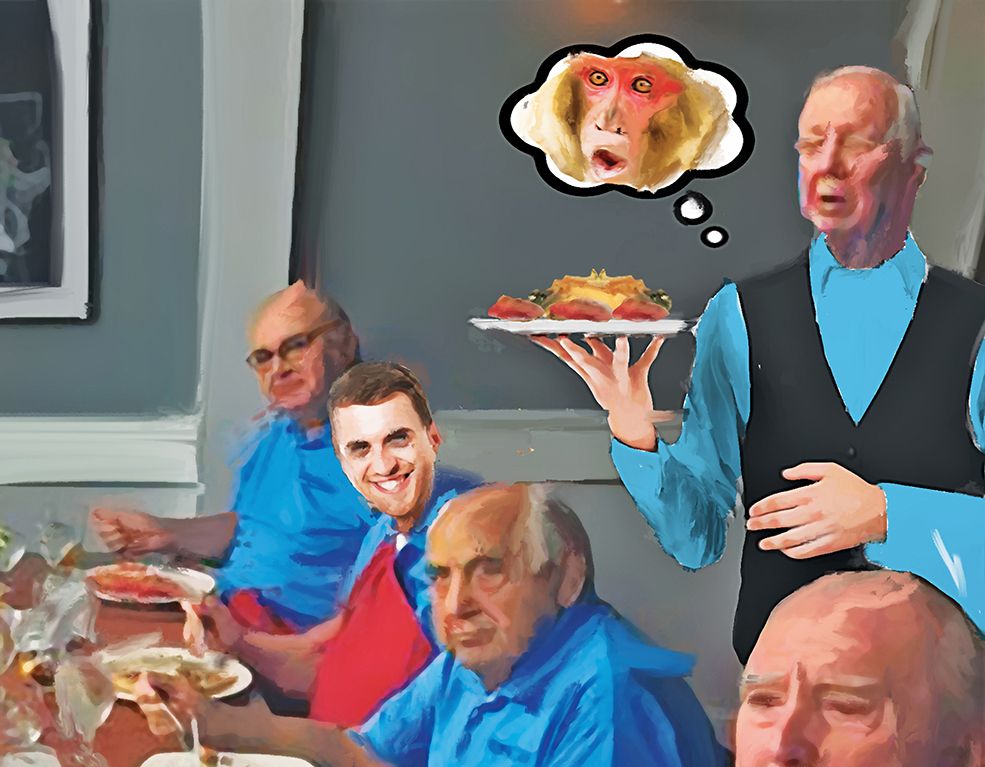 So, the rumor started that from time to time he would also eat monkeys. When he heard this rumor, he was not pleased about it because it was false. Not knowing who among the confreres had started the rumor, he decided to take revenge on everyone at once. He went to the market and bought some monkey meat, put it in water and vinegar, and cooked it. After that, he invited all the confreres of the nearby missions, telling them that he had received a gift of a small calf and he was not going to eat it all by himself.

The confreres came, enjoyed the meat of “the calf”, and thanked Fr. Cervetto for inviting them. They took notice, though, that he did not eat, and they asked him why, to which he replied that he had an upset stomach and that he would cure it the way cats do, by fasting.

As the meal came to its end and the confreres were about to take off, he revealed his secret, “Now we know who is a monkey-eater here.”

His old age and the fame of his pranks spared him from some physical consequences to that practical joke. And sure enough some confreres started feeling somewhat strange stomach upset!

A Merciful Trap on the Road

I went to celebrate Mass in the chapel of Nyele, Duru (north of the Democratic Republic of Congo), where the Garamba National Park begins. After the Mass, I took my way back to the parish with a…

Did Jesus Have A Sense Of Humor?

Laughter is indeed good medicine. It saves us from stubbornness, fear, and the temptation to take ourselves too seriously.