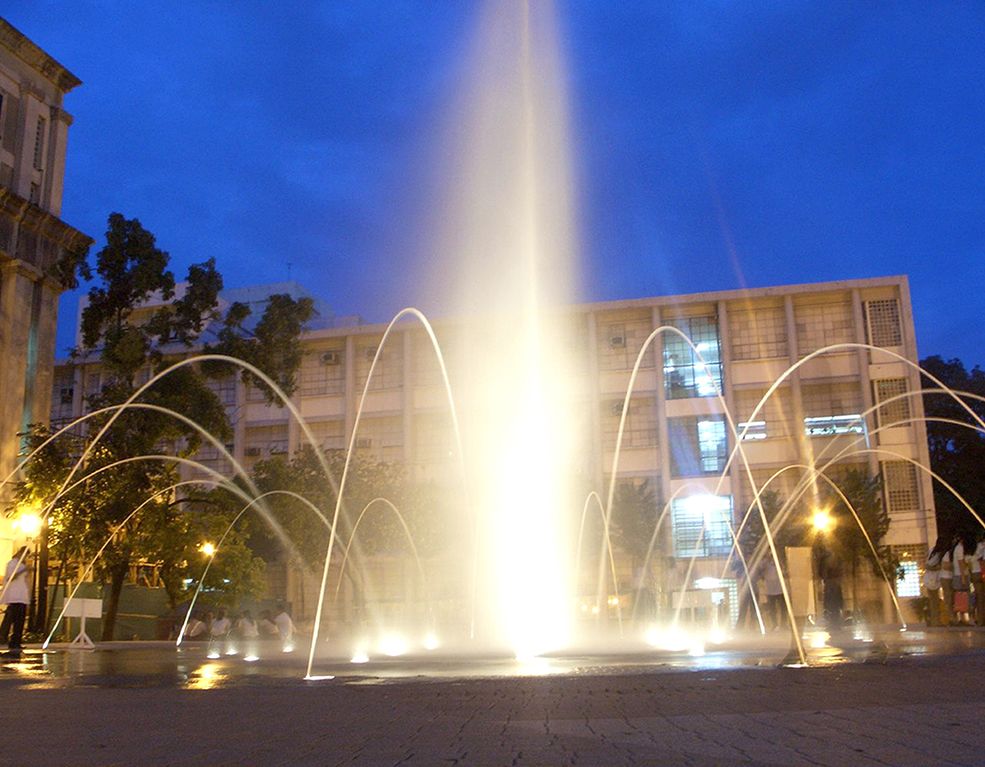 The Most Distinguished Legacy

Christianity has spread education everywhere. The University of Santo Tomas (UST), the first university of its kind in Asia, the Ateneo de Manila, La Salle, San Beda and many others, have been and are part of the life of the Philippines as a nation.

On April 28 2011, Pope Benedict XVI gave a rare apostolic blessing via video while tens of thousands of candles blazed and the University of Santo Tomas (UST) in Manila, Philippines, began its fifth century of existence amid pageantry and prayers for more birthdays to come.

Speaking from his Vatican desk, the Pope paid tribute to Asia’s oldest university for having played a significant role in the Catholic Church: “I am confident that, keeping in mind the faith and the reason which are always part of a truly integrated approach to education, the university will continue to contribute to the intellectual, spiritual and cultural enrichment of the Philippines and beyond”.

The Pope’s words were the climax of UST’s quadricentennial celebrations at the university grandstand and open grounds. Thousands of students, faculty members and alumni from different parts of the world and across all professions and vocations lit their candles at the bidding of Rector Magnificus, Fr. Rolando V. de la Rosa, OP.

Fr. De la Rosa urged Thomasians to be like the star of Bethlehem that led everyone to Jesus our Lord and to renew their Thomasian vow to spread the light and to be the light of the world. A crowd, estimated at around 100,000 sang the UST hymn, asking God to continue showering the institution with unending grace.

The Pope paid tribute to the UST founder, the Spanish Dominican friar Miguel de Benavides, the third archbishop of Manila, and the Dominican Order that established UST in 1611 and continue to administer it.

The Mass was marked with splendor as Cardinal Zenon Grocholewsky, papal legate, made his entrance along with Cardinals Gaudencio Rosales and Ricardo Vidal, hundreds of bishops, a majority of whom are UST alumni, and numberless priests and religious among the throng of faithful.

The image of the Santissimo Rosario, our Lady of the Rosary, made its entrance earlier, fully vested in royal robes and with a huge crown on its head. Our Lady of the Rosary is the patron saint of the UST church, since the Dominicans promoted the Rosary devotion from the start of their mission.

The Pride Of The Jesuits
The founding of the Ateneo de Manila University has its roots in the history of the Society of Jesus (Jesuits) as a teaching order in the Philippines. The first Spanish Jesuits to arrive were custodians of the ratio studiorum, the Jesuit system of education developed around 1559.

Within a decade of their arrival, the Jesuits founded the Colegio de Manila in Intramuros. The Colegio formally opened in 1595 as the first school in the Philippines. The promising developments were interrupted by the suppression of the Jesuit Order in 1773.

In 1859, the Jesuits came back to the Philippines and took over the Escuela Municipal, a small private school maintained for some 30 children of Spanish residents. Ten Spanish Jesuit priests and a Jesuit brother began operating the school on December 10, 1859. The Ateneo de Manila University considers this its foundation day.

The school kept developing and improving. Fr. Francisco Araneta, S.J. was appointed as the Ateneo de Manila’s first Filipino Rector in 1958. In 1959, its centennial year, the Ateneo became a university. Since then, the institution has spread enormously, adding always new faculties.

On August 21, 1983, Ateneo alumnus Senator Benigno Aquino, Jr. was assassinated upon his return from exile in the United States. On February 11, 1986, alumnus and Antique Governor Evelio Javier was gunned down. Two weeks later, Ateneans joined thousands of Filipinos from all walks of life in the peaceful uprising at EDSA which ousted Ferdinand Marcos.

Quality Education
Ateneo has produced two Nobel Peace Prize nominees, two Ramon Magsaysay awardees, and José Rizal, the national hero of the Philippines. Several Philippine Presidents, including former president Benigno Aquino III and his predecessors Gloria Macapagal-Arroyo, Fidel Ramos, and Corazon Aquino, are alumni or have ties with the university. Judges, congressmen, senators, scientists, artists and church leaders are the fruits of the quality education imparted in the Ateneo.

The world needs good artists and good scientists, but a scientific outlook becomes dangerously narrow if it ignores the religious and ethical dimension of life just as religion becomes narrow if it rejects the legitimate contribution of science to our understanding of the world.

Indeed, throughout the centuries, Catholic universities have greatly contributed and continue to contribute to the educational, cultural and religious development of the young people of the Philippines.

A Celebration of Freedom

The Philippines celebrates its 120th year of independence this June 12.  As the country prepares for this special occasion, we look at how Filipinos commemorate their independence day, not just in the…