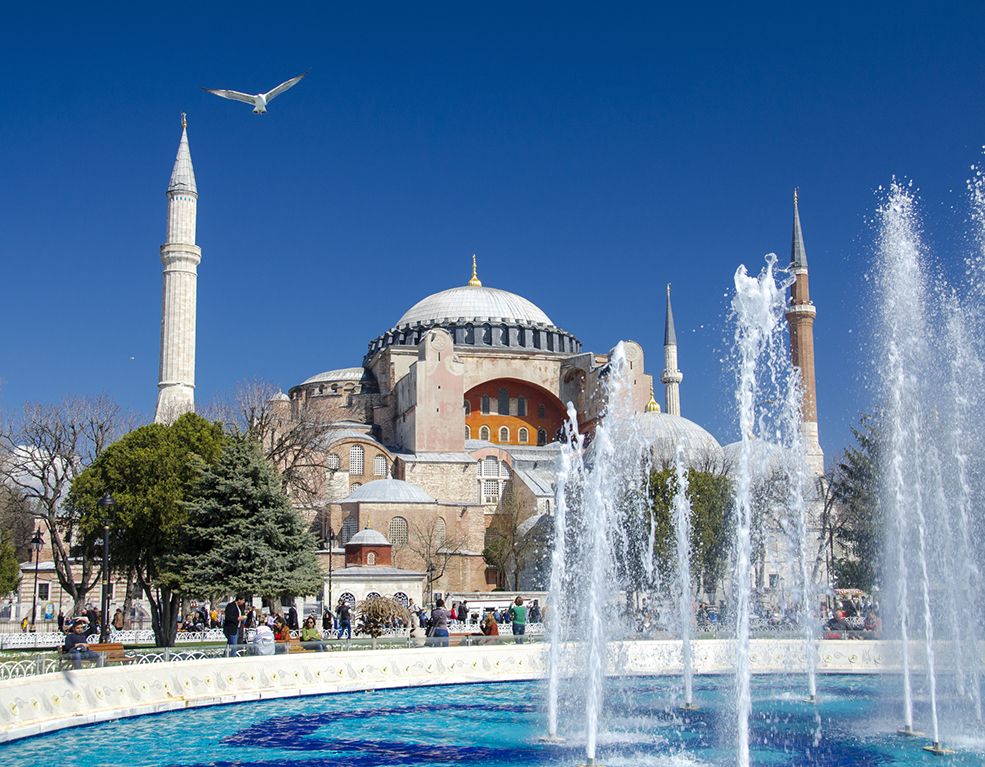 A “Golden-Mouth” for Today’s Economics

John’s eloquent and uncompromising preaching earned him the name Chrysostom–“golden mouth.” He supported the side of justice during periods of uprising, believed in solidarity with the poor, and denounced the ostentatious display of wealth.

Pope Francis discusses at length the parable of the Good Samaritan in Fratelli Tutti, reminding us that there is one very important detail to notice about the passers-by–that the priest and the Levite were “religious, devoted to the worship of God.”

He writes, “A believer may be untrue to everything that his faith demands of him, and yet thinks he is close to God and better than others” (FT n. 74). And again, he turns to St. John Chrysostom for a very telling commentary on this failing that seems to have persisted for too many centuries, despite the teachings of even Our Lord himself.

Challenging the Christians he addressed in his day, Chrysostom said: “Do you wish to honor the body of the Savior? Do not despise it when it is naked. Do not honor it in church with silk vestments while outside it is naked and numb with cold.” Pope Francis reminds us that, “…those who claim to be unbelievers can sometimes put God’s will into practice better than believers.”

Turning to this particular Saint was a wise choice but who was this astute and forthright man named John Chrysostom?

The Greek word Chrysostomos means “golden-mouthed” and it is clear from these two short statements chosen by Pope Francis to illustrate the importance of points he wishes to make in Fratelli Tutti, that this was a man who cut straight to the chase. He knew what to say and when to say it for maximum effect. He clearly believed in solidarity with the poor and his extensive writing supports that.

Yet this was a man born into a relatively privileged family–his father, Secundus, was a high-ranking officer in the Syrian army. There was already a little girl in the family when John was born around 347 in Antioch, second city of that eastern part of the Roman Empire.

These two children were left in the care of their mother, Anthusa, when Secundus died shortly after the birth of his son. Anthusa was evidently a very competent young woman who sent John to the best schools in Antioch where he received a classical Greek education.

In religious terms, these were unsettled times, and Antioch was a hotbed of fermenting faiths. The Christian Church itself suffered schism, but the Holy Spirit was at work in guiding the 20-year-old John to the gentle, charismatic Bishop Meletius, who steered him towards a spiritual life.

Studied Holy Scripture
He listened to Meletius’ homilies, studied the Holy Scripture, and was baptized into the Christian faith around 370. Soon afterwards, he joined what perhaps today would be termed a monastery and studied under the spiritual directorship of, among others, Diodorus, who would become Bishop of Tarsus.

Following a life of prayer, scriptural study and manual labor, John found time to start to write, describing the ascetic and monastic life. He spent two years as a hermit in caves outside the city, but the solitary life of fasting made him ill and he returned to Antioch and was ordained a lector and then a deacon.

Having guided the young man thus far, Bishop Meletius was then called to Constantinople (today’s Istanbul) where he was president of the Second Ecumenical Council. Meletius’ death in Constantinople left John without a mentor, but the new Bishop of Antioch, Flavian, took him under his wing and ordained him as a priest in 386.

One of John’s best-known works, On the Priesthood, dates from this time. For the next twelve years, he was responsible for religious instruction in the Syrian city but it was his preaching that revealed his solidarity with the people.

Emperor Theodosius had raised taxes at this time and the protests that followed saw statues of the emperor torn down–there is nothing new in the sphere of protest. The repercussions threatened to be nasty indeed, but John’s “golden mouth” came into play as he delivered a series of sermons during the Lent of 387, pouring oil on these very troubled waters. His empathy with the protestors and ability to calm the crowds led to the emperor pardoning the people.

Archbishop Of Constantinople
John now came into his own as a writer of theology, which brought him recognition throughout the Byzantine Empire, leading to him being appointed not as Bishop of Antioch, but as Archbishop of Constantinople when Nectarius, the incumbent archbishop, died in 397.

Candidates were deliberated over for some months before John was sent for to be ordained in the city on the Bosphorus. The change was immense. Constantinople was an exotic, bustling city for which the word ‘diversity’ might have been invented.

The “golden-mouthed” new archbishop’s job was not only to unite clergy from disparate backgrounds and traditions but also to sort out schisms arising over who was true bishop of the Antioch he had left behind. His intervention reconciled Flavian with Rome.

It wasn’t schism in Constantinople that was the problem he faced: the clergy were living the high life and the upper classes were following their example. It was time for a clean-out and John Chrysostom proved he was the man to do it. Errant clergy were shocked, to say the least–but the ‘ordinary’ people were delighted and clapped in approval of sermons that took the mighty to task.

Inevitably, there was a clash between the imperial court and the episcopal palace, especially after Chrysostom championed a widow whose vineyard was appropriated by the empress and spoke up for a politician who had crossed the emperor.

These two examples of a bishop who certainly didn’t ‘walk by on the other side’, and other important instances when he supported the side of justice during periods of uprising in and around Constantinople, didn’t stand him in good stead with the establishment.

The archbishop was called away to use his “golden mouth” to sort out problems in Asia Minor (today’s Turkish peninsula) and appoint a new archbishop in Ephesus (the most important Greek city in what today is western Turkey). On his return to Constantinople he found himself set up to fail due to complex political and religious feuds.

One of his homilies–about extravagant women–was misrepresented to the empress as a personal attack and the scene was set for him to be deposed. About to be exiled, the people rose up in his defence–another protest demonstration. Its result was the archbishop’s reinstatement, but the empress couldn’t move beyond her anger.

Sent Into Exile
Within weeks, a silver statue of her appeared in front of the cathedral. Chrysostom complained and a new decree was drawn up to exile him. There were failed attempts on his life and on 24 June 404, soldiers escorted him out of Constantinople.

It was inevitable that his followers would be blamed and prosecuted when the Constantinople cathedral burned down, along with government buildings. John Chrysostom himself, holed up in exile, hoped to return to the city and support came from Pope Innocent I himself, but when his emissaries were jailed and then sent back to Rome, the Pope cut all diplomatic contact with the Patriarchs of Alexandria, Antioch and Constantinople–hotbeds of anti-Chrysostom prejudice.

In 407, the long and cruel march to a further place of exile near the Caucasus–the wild, mountainous region between the Black Sea and Caspian Sea–broke Bishop John Chrysostom’s health. He died at Comana (the biblical Cappadocia) on 14 September. His final words: “Glory be to God for all things.”

Things change, of course. As the UK Prime Minister Harold Wilson said in the 1960s, “A week is a long time in politics.” Three decades is an eternity. The very messy politics that physically destroyed John Chrysostom were cleaned up and in 438, his body was taken to Constantinople and entombed with great ceremony in the Church of the Apostles.

Whatever his enemies had thought of him, the Church to this day sees him as the most prominent Doctor of the Greek Church. He clearly chimes with the mind-set of Pope Francis, who in Fratelli Tutti reminds us that “The world exists for everyone, because all of us were born with the same dignity. Differences of colour, religion, talent, place of birth or residence…cannot be used to justify the privileges of some over the rights of all” (FT n. 118).

Nothing could justify the empress seizing the Constantinople widow’s vineyard. Nothing can justify letting children go hungry in a pandemic while the wealthy make a killing from their investments. But as St. John Chrysostom said, two of the most dangerous words are the divisive ‘mine’ and ‘thine’.

At least 50 countries depend on wheat produced by Ukraine and Russia to feed their populations. Most of them are in Africa, the Middle East, and Asia, where there are even more inhabitants and even…