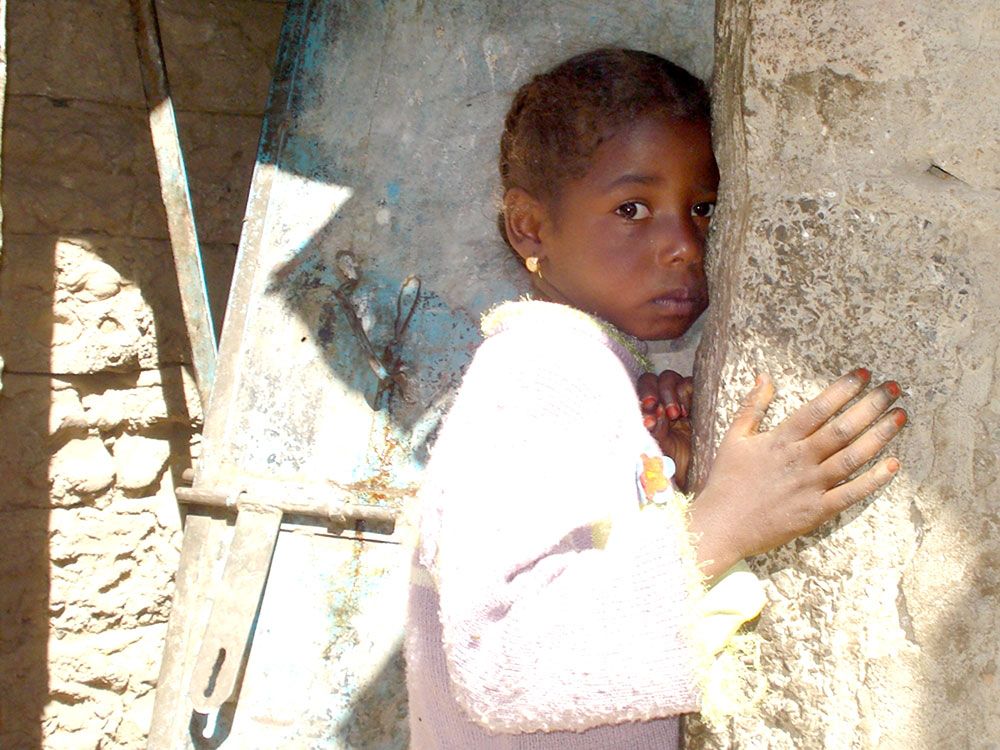 A 16-year-old girl in South Sudan recounts how she nearly died during labor because of her young age and physical inability to mother her child. She was forced to marry without her consent after a man paid her family a dowry in cattle and cash.

Achol Akim Garang, from Jonglei state, said she was forced by her brothers to marry an old man after the latter paid 34 head of cattle and about 40,000 South Sudanese pounds (6,240.00 U.S. dollars or so). The little girl, born to a poor family, was in Grade Three when she was told not to go to school again by her brothers who feared she might acquire bad habits due to peer groups’ influence at school and "western education's poison” as the brothers put it. All these happened after her father died when the political crisis, which led to violence, erupted in 2013.

“My father was a village chief and he loved me a lot. He encouraged me to study. After his death, things changed. I was forced to marry a man I never wanted because he was not of my age and, again, I was not mature enough to mother a child,” the young girl said as tears rolled down her face.

Her brothers arranged her marriage without her consent, even without putting the mother into the picture, she recalled. “By then, I was only 14 years old. I could not do things that other mature girls do because I was still weak. But they forced me to marry the man simply because they wanted the cattle as dowries for their wives,” Achol lamented.

“Six months later I was pregnant and had a lot of problems. I thought I was going to die. Sometimes I couldn’t sleep at night because of the trouble my brothers had caused to me. The baby was too heavy for me to carry in the womb but God helped me,” she said.

While at home with her mother, she was advised about things contrary to traditions. “I was told not to eat food that would let me grow fat because the child was going to gain more weight which would result in labor complication during child birth,” she said.

She further recalled that she was not allowed to see doctors for prenatal care, adding that during her last trimester, she was unable to stand on her own and tears would drop voluntarily from her weakened eyes even when she was not crying. She remained indoors for most of the day.

“One evening, I was in labor but I did not know. I thought something was burning up in me. I stood up, sat down, but there was no better way to resist the pain. I cried for help. My mother came and held me down,” explained Achol.

She said she was in hard labor for three days before the child was born during which she could hardly drink water or eat food due to the unbearable pain. Finally, the child was born. “I did not wake up for hours because I was exhausted, and bleeding was serious. This time, I could hear people’s voices like birds and nobody was clear in my sight. I was blind.”

She cautioned that the experience she went through was horrific for a child like her, further revealing that she was married at almost the same time with her age-mate, but she has never conceived till now.

Paramount Chief Alier Aluong declined to talk about customary laws when contacted by Sudan Tribune. “We have no authority to tell someone not to marry underage. If the girl respects her parents who wish her to get married before the age of 18 years, we don’t interfere,” said the Paramount Chief.

Per South Sudan’s Transitional Constitution, a person is a child when he or she has not reached the age of 18 years. Any marriage that involves a child below 18 years of age is considered an offense and is punishable by law.

Sources from Jonglei State’s Ministry of Education said such underage forced marriages are common in the communities but no one has been punished for committing such an offense as their society seems to condone it.

Philippine migration has both its positive and negative aspects. A balance of the benefits and costs of migration remains a challenge for Filipino migrants, their families, the government, the church…

It was a mother’s funeral that started the organization Willing Hearts. Founder, Tony Tay, shares what he learned from his mother, Maggie, and how he manages with a team of volunteers to distribute…