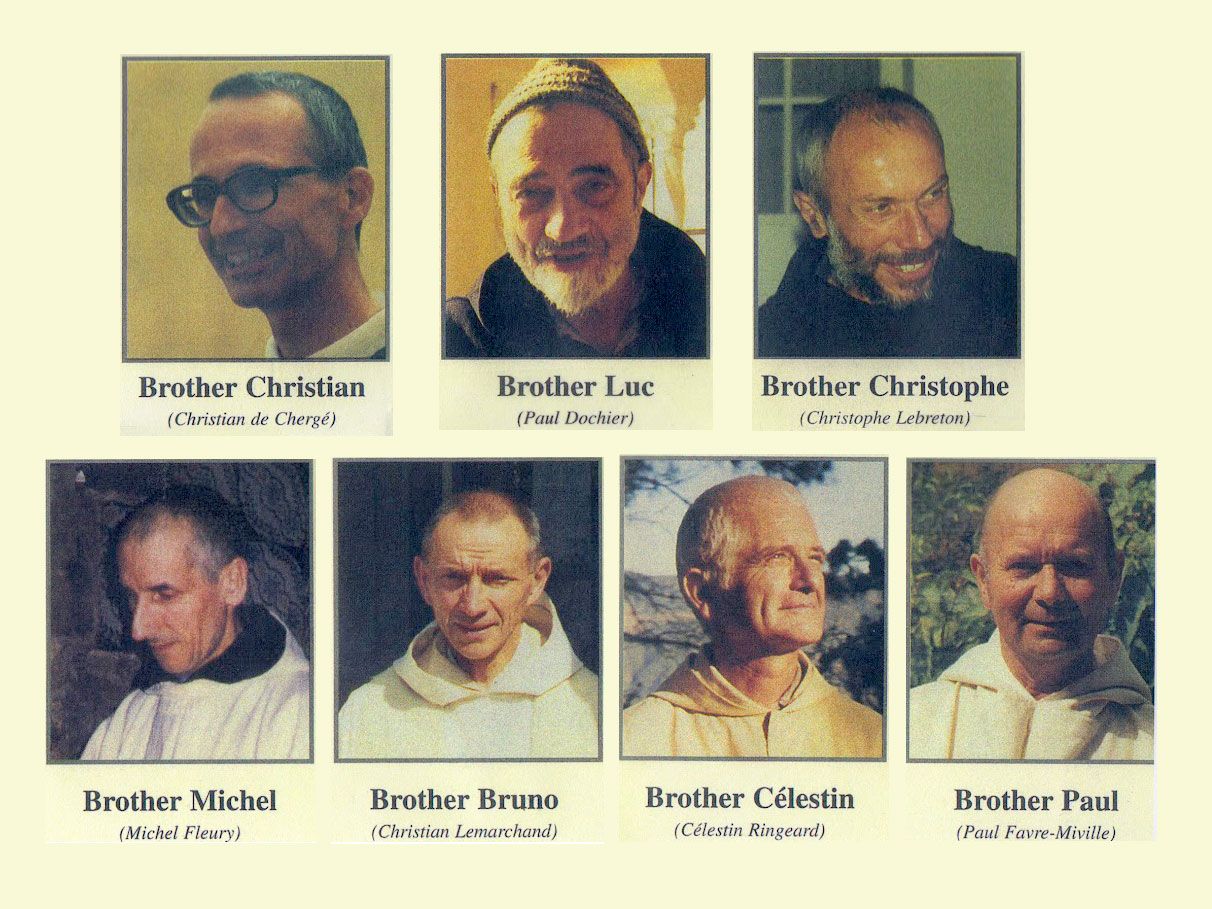 ALGERIA: Monks to be Beatified

The seven Trappist monks of Tibhirine (Algeria) killed in 1996, will soon be beatified, informed AsiaNews. The story of the monks of Tibhirine goes back to the civil war that raged Algeria in the 1990s, pitting the Algerian government against several Islamic groups that claimed an electoral victory that was denied in a military coup.

The war, which lasted for almost a decade, killed hundreds of thousands of people, often slaughtered in a bloody and cruel way.

The seven monks belonged to the community of Tibhirine, founded in 1938 near the town of Medea, 90 km. south of Algiers.They maintained good relations with the local population, almost all Muslims, despite tensions with some more fundamentalist elements.

On the night of March 26-27 1996, they were kidnapped by a group of terrorists. On  May 21, the GIA (Groupe Armé Islamique, Armed Islamic Group) announced their death and on May 30 their heads were discovered. Their bodies were never found.

The President of South Sudan Salva Kiir (R) and his deputy Riek Machar (L) have signed an agreement that provides for the unification of the command of security forces.