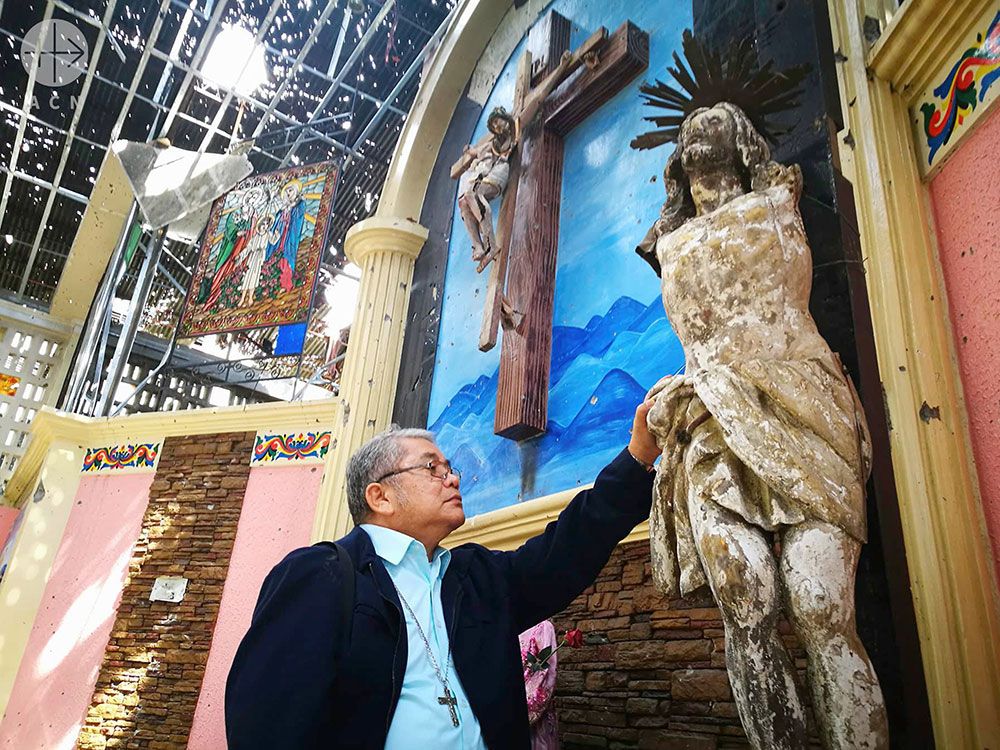 The panorama of Christian communities across Asia does not present a coherent picture to the outside observer, and the persecution of Christians is varied in these countries. It is difficult to generalize, except within national boundaries.

Some countries in Asia are either diverse in their religious makeup – Malaysia, Myanmar,  India and Pakistan – while others are noted for divisions among the religion that predominates, such as the divisions in Islam – Pakistan, Bangladesh and Indonesia.

The different contexts in each country have consequences for Christians and the persecutions that many endure. Moreover, the treatment of Christians is usually affected by larger and broader economic, tribal, ethnic and political factors.

Christians as ‘Ethnic Groups’
In some countries – China, Myanmar, Indonesia and Sri Lanka, for example, governments manage religions under the rubric of ‘minority policies.’ Each of those countries has significant (in China, in the tens of millions of citizens), but actually relatively small, Christian minorities – Indonesia’s Christian population, for example, accounts for about five percent of the national population.

Their rights may be supported constitutionally, as in Indonesia, but overall treatment of Christians by government agencies – the police and security forces, in the main – has Christians lumped together with other ethnic, religious or tribal groups.

Often, the persecution they experience comes as a result of national government policies and approaches that are not directed at Christians as such, but because they belong to a particular minority, ethnic or tribal group.

This happens, for example, in Myanmar, where significant tribal groupings – the Karen and Chin people, in particular – have substantial Christian populations within them. Christians may be among those targeted by government, but often only because of the ethnic origin which poses a threat to central government controls.

In Sri Lanka, Tamil Christians endure hardships because they are Tamils. Karen Christians in Myanmar get caught in conflicts with police and the military because of the independence they seek, rather than the Christian faith that many of them declare and practice. As well, in Myanmar, the targets for militant Buddhists are more Muslims than Christians, though the latter can get swept up in conflicts that are the result of perceived threats to the coherence of a ‘national Buddhist culture’.
Christians in Pakistan are the victims of a failed state’s inability to govern two-thirds of its territory, allowing militant and fanatical Muslims to kill Christians as a duty they claim to have because Christians are ‘infidels’ who should die if they won’t convert to Islam.

Religious Diversity
Regional factors within large countries have their part to play in explaining how Christians fare. In India, a growing Christian population receives varied treatments depending on how local Hindus act in different parts of the subcontinent. India’s borders, as they exist today, are a product of British colonialism. Today’s country was previously a territory where control was broken up into principalities led by maharajas, nawabs and other local and regional aristocrats.

The subcontinent became unified under British imperial rule only after the Indian Mutiny (1857), and remained that way for 90 years until independence was achieved in 1948, and Pakistan and India were separated. But the Indo-Pakistan break-up was done to give minority Muslims a national stronghold in Pakistan. This development reflected only the most obvious divide along religions’ lines in India.

Remarkable for its national unity despite the immense religious diversity, India can still see conflicts caused by disputes in which one religious group persecutes another.

Communist Regimes
Asia is home to three of the four surviving communist governments in the world, and perhaps the best-resourced and most sustained intrusions into the lives of Christians occur in those countries – China, Vietnam and North Korea (Cuba is the only other remaining communist nation). In these countries, the methods of state control originally developed by Lenin in the Soviet Union remain operative. North Korea is the most ruthless: Christianity is not allowed to exist except in ‘show’ communities developed for the few Western visitors.

It is in Vietnam and China that Leninist principles, aided by very highly-developed cyber surveillance, are applied to keep Christians contained and controlled. As mentioned above, China monitors all believers, but for very good historical reasons. A casual inspection of Chinese history shows that forces pressing for dynastic change have always first gathered in religious communities.

With vigorous contribution to calls for democratization from Christians in the north of China, especially in and around Beijing, an outside observer could easily conclude that China’s leaders’ historically founded fears, are well placed.

In China and Vietnam the pattern is the same – the creation of networks of informants and spies inside communities, the checking of email and phone conversations, and the constant review of the performance of religious office holders by government officials. And from time to time, individuals are charged and convicted of ‘crimes’ that see them serving prison sentences, aimed as much at reforming the convicted ‘criminal’ as to strike fear into the hearts of Christians. Belief is dangerous in both China and Vietnam.

No Accurate Figures
The one thing about Christians in Asia you can be sure about is that no one tells the truth on how many Christians there are in most countries. The only exceptions are the Philippines and Timor-Leste because, in those countries, Christians are the majority population and have nothing to fear from telling the true story.

Part of the reason for the uncertainty over the numbers of Christians is the completely unreliable nature of national censuses in most Asian countries. But more significant is that those who could give accurate figures – the Christian Churches, who have baptismal registers – won’t give accurate figures, because of the trouble they will create for themselves and their communities with governments and extreme groups concerned about the growth of Christianity in the region.

Where Christians are a minority, the constant fear among them is that their growth in Asian societies will produce a violent backlash from fanatics in the majority non-Christian population.

The spectre of persecution and the defensive behaviors that the fear of it produces are a given. That there are forces that contribute to the growth of Christianity, which many Christians would see as the work of the Holy Spirit, is undeniable. But just what is at work, and what those forces produce in Asian societies, is always ambiguous and uncertain.

For example, Christianity has grown exponentially in the last four decades in South Korea, contradicting the common view that modernization will do away with religious belief of all kinds. China is now predicted to have the largest Protestant population in the world by 2030.

But whatever unfolds, the current context of Asian societies and the politics that operate in them will mean that the sufferings of growing minorities of Christians, who are alleged to destabilize social and political arrangements, will continue. And with that, so will persecution.

Europe is facing a refugee crisis of historic proportions. Since 2015, more than one million people crossed the Mediterranean, fleeing war and persecution. Among the immigrants is the Darwish family.…

How Parishes Are Facing The Pandemic

The COVID-19 pandemic has affected people and institutions, including the Church. Parishes that are not so financially viable, especially in far-flung areas, are grappling with a volatile scenario. In…