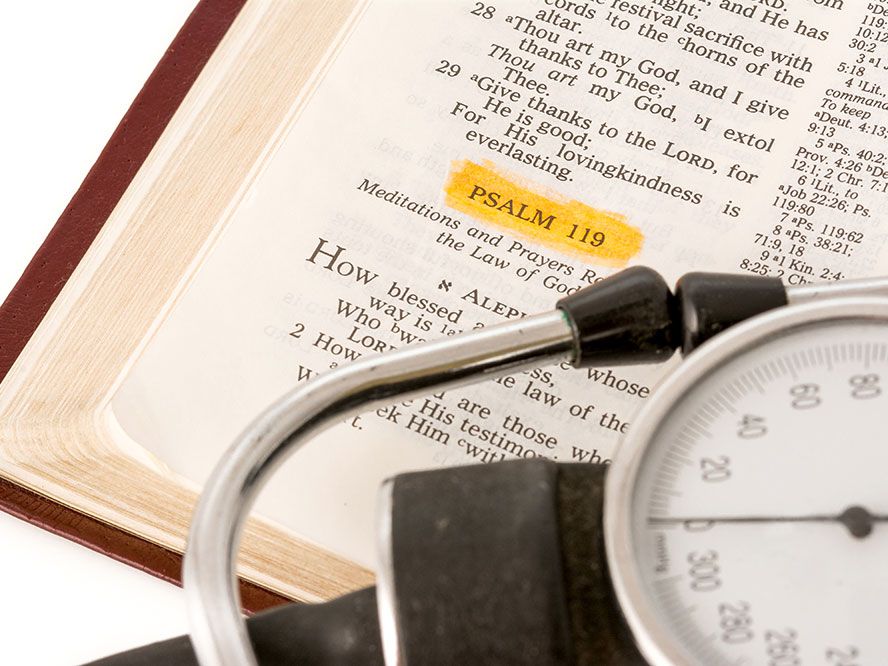 Forty years have passed but Dr. Edgardo Santos still remembers the exact moment in the hospital’s intensive care unit (ICU) when he felt excruciating chest pain and a sense of impending doom, classic symptoms of a heart attack. Fearing that the end was near, he asked a nurse to call a priest so he could confess his sins and prepare to meet his Creator.

As a doctor, he knew that his unhealthy lifestyle had finally caught up with him. “I ate an unhealthy diet, drank alcohol and smoked a pack of cigarettes a day.” But as a Christian who had lost his way, he felt that his heart attack was a punishment from God. “Before my heart attack, I was a nominal Catholic who lived a worldly life.”

Filled with the gnawing fear that modern medicine would not be enough to save his life, he called out to God. “Lord, I have nowhere else to turn to except You. Please save me!”

Second Chance
I spoke with my 82-year-old father in his native town of Pandi in Bulacan province to get his personal insights on the link between spiritual faith and health. To relatives, friends and patients alike, my father is known simply as Dr. Edo, the name by which I will refer to him in this article.

Dr. Edo survived the first heart attack, and also the second one that occurred the following day. However, two-thirds of his heart had been affected and the damage was spreading, so his cardiologist recommended a heart bypass surgery.

An avid reader of medical literature, Dr. Edo knew that heart bypass surgery had (during the late 1970s) an underwhelming 30 per percent success rate: seven out of ten patients who underwent the surgery did not survive. He declined heart bypass surgery and opted for pharmacological treatment with oral and intravenous medicines.

After a lengthy hospitalization, which included a month-long confinement in the ICU, Dr. Edo was eventually discharged and sent home. The road to recovery was long and difficult. Light physical activities that healthy individuals take for granted, such as walking a few steps and tooth brushing, left Dr. Edo gasping for air. But he persevered, motivated by his renewed faith and sense of obligation to God.

“Three out of four patients do not survive their first episode of anteroseptal myocardial infarction,” explains Dr. Edo, referring to the specific type of heart attack that he suffered. “It was a miracle that I survived.”

Although he initially considered his heart attack as divine retribution, he later realized that God had actually given him a second chance to lead a truly meaningful life. “To show gratitude and appreciation for my second lease on life, I committed to follow God’s will by serving my community, a task that I would only be able to do if I am healthy and fit.”

Strengthening Body and Soul
Dr. Edo has religiously adhered to a healthy lifestyle since being discharged from the hospital four decades ago. He eats a low-fat, low-salt diet rich in fish, vegetables and fruits. Up until January 2017, he jogged and brisk-walked every morning for at least two hours, five days a week, with friends 30 to 40 years his junior. After suffering a fall and fracturing his collarbone while brisk walking, he toned down his physical regimen and now just runs on the treadmill in their house every morning for one hour.

While strengthening his body through a healthy diet and regular exercise, Dr. Edo also fortified his spirit. “Praying and reading the Bible became part of my daily routine. I find that reading the Psalms not only brings me in communion with God, it also relaxes me and helps relieve stress.”

Dr. Edo recounts the day several months after his discharge from the hospital when the parish priest together with the lone lay minister of the parish at that time visited him at home. The priest had been pleasantly surprised to see Dr. Edo regularly hearing mass and attending various church activities, and on that particular morning had come to ask him to become a lay minister.

Dr. Edo declined the invitation because he felt he was not worthy, but the priest insisted saying that it was the Holy Spirit that guided them to him. “I eventually served our parish as a lay minister for 15 years, a privilege that deepened my faith in God and compassion for people.”

The octogenarian doctor, who retired in 1992 as Pandi’s municipal health officer after 26 years of service, continues to treat patients in a small clinic attached to their house where he has practiced his healing profession for over 50 years.

“I have been able to lead a healthy lifestyle all these years because of my desire to serve God and my community,” Dr. Edo says. “Man is made up of the physical and the spiritual, the body and the soul. We must take care of both.”

If it does not do something drastic now, the Philippines would be the first country in Asia to completely lose its forest cover soon.  Experts say that the country lost most of its forest in the past…

Bringing faith to the campus

Having young students working on a common goal towards spirituality is the main purpose of the Catholic Society of the University of Macau. So says President Eunice Vong on the reason she revived the…