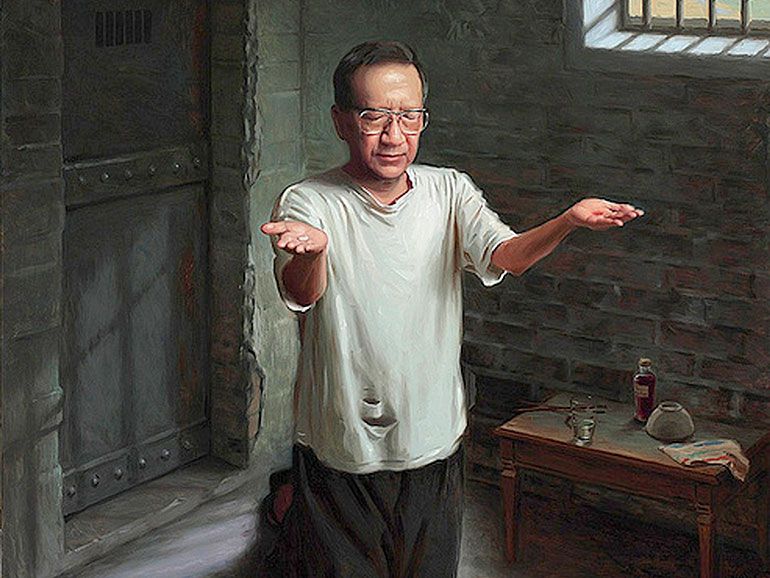 Imprisoned in Vietnam for 13 years, nine of them in solitary confinement, Cardinal Francis Van Thuan represents the resilience and fidelity of Catholics who suffered persecution because of their faith. Last year, Pope Francis recognized his heroic virtues placing him on the road to sainthood.

Francis Xavier Nguyen Van Thuan was born in 1928 at Hue, the old capital of the Vietnamese empire. He came from a politically powerful family, deeply rooted in Christian faith, and counting among their ancestors several martyrs.

Francis entered the minor Seminary of Hue, ordained priest in 1953 and sent to Rome to obtain a Doctorate in Canon Law. Upon his return to his country, he was appointed professor and later on rector of the Seminary, then Vicar General of the diocese. In 1967 Pope Paul VI appointed him Bishop of Nha Trang and in 1975 coadjutor Archbishop of Saigon.

When the communist army and government of Hanoi entered the President’s Palace in South Vietnam, they declared the reunification of Vietnam under one communist regime and Saigon became Ho Chi Minh City.

As a result of the takeover, Bishop Thuan could not be installed as a coadjutor in the Saigon diocese. Instead, on the feast of the Assumption of the Blessed Virgin Mary, August 15, 1975, he was arrested and incarcerated for 13 years, nine of them in solitary confinement in a prison in Hanoi.

In 1988, the bishop was released, but he could not remain in the country. He left Vietnam in March 1989 to visit his elderly parents in Australia and from there he went to Rome to meet Pope John Paul II. In 1994 he was appointed Vice President and in 1998 President of the Pontifical Council for Justice and Peace in Rome, a platform he used to promote human rights according to Church documents and his episcopal motto Gaudium et Spes (The Joy and Hope).

Heroic Virtues
From 1975 to 1988 Van Thuan carried the heavy cross of a special prisoner in different jails, joining the roster of a long list of Vietnamese martyrs. He was not called to shed his blood, but rather, he spent all his physical and spiritual energies full of hope in God and loving his country, as he wrote during his house arrest in December 1975: “Catholics of Vietnam, love a thousand times your homeland!”

Pope John Paul II, during the funeral of Cardinal Francis Van Thuan, gave the first testimony on this “heroic herald of the Gospel,” faithful “until martyrdom.” His secret was “an unshakeable trust in the Lord, nourished by prayer and sufferings accepted out of love.”

Thirteen years in jail, sustained by prayer, “enabled Van Thuan, after his release, to become for people all over the world a witness to hope (Benedict XVI, Spe Salvi, 2007, 32).

His Personal Testimony
We may imagine the psychological frustration of an intelligent and strong man in the fullness of his active life (48 years), after a great pastoral experience, and now inactive, isolated, confined for years in “Cai Tao”, that is, re-education camp. Van Thuan himself tells his journey of passion in the little book Five Loaves and Two Fish.

“Above all, I suffered the long tribulation of nine years in solitary confinement: seeing only two guards every day, enduring mental torture, with no work to do, having to walk back and forth in my small cell from morning to night… I was on the brink of insanity. One night a voice encouraged me from the depths of my heart: Why do you torment yourself so? You must learn to distinguish between God and the works of God. Everything you have done (pastoral activities, projects…) are God’s works, but they are not God! When the communists threw me into the hold of the ship Hai Phong with other 1500 starving and desperate prisoners to be transported to the north, I thought: Lord, here is my cathedral, here are my people. Lord, you send me here to be your love among my brothers. Yes, I am your missionary here. From that moment onwards, a new peace flooded my heart, and remained with me for 13 years.”

To survive in the middle of so great sufferings, Van Thuan chose some other principles: “I will live the present moment filling it to the brim with love.” And prayer as a fixed point of reference, especially “the Eucharist,  my only strength”.

He had no books, no vestments, no wine for the celebration, but, through a crypto message, he received a bottle of wine for Mass as “stomach medicine.” “I will never be able to express my immense joy: every day, with three drops of wine and one drop of water in the palm of my hand, I celebrated my Mass… In the re-education camp, we slept on common beds and everyone had the right to 50 centimetres of space. We arranged it so that there were five Catholics near me. At 9:30 p.m., I curled up on the bed to celebrate Mass by heart and I distributed Communion under the mosquito nets covering us. We reserved the Blessed Sacrament in small containers from cigarette packages. Jesus in the Eucharist was always with me in my shirt pocket. At night, the prisoners took turns for adoration: Jesus was among us to heal all our physical and mental suffering.”

Missionary Irradiation
After encountering Van Thuan, many Christians regained the fervour of their faith; some Buddhists and other non-Christians converted, including their jailers. Some jailers asked Bishop why he was usually so happy: “Because I have faith in my God”, he replied.

Kishore Jayabalan, an Asian layman employee at the Pontifical Council, declared: “he was extremely simple and humble”.

The Vietnamese Bishop of Xuan Loc, Joseph Dinh Duc Dao, who knew Cardinal Van Thuan in Rome, assures that he “never heard him complaining of his treatments in prison, nor criticizing those who persecuted him.”

Van Thuan had a deep love for the Eucharist. In his last days in the clinic, he chose to ‘pause’ the TV programs always on the moment of Mass consecration. As he was born in Hue, near the National Shrine of Our Lady of La Vang, Van Thuan became an expert on Mary’s doctrine and cultivated a tender devotion to her, always talking about Mary, not as a teacher but the way a little child talks about his mother.

He lived poorly, even as a Cardinal in Rome, in a small apartment.  He refused to accept donations, saying: “Give them to the poor.”

Personal Encounter
On February 2002, I had the opportunity for a long personal conversation with the Cardinal in my car as I was bringing him to our General House for Mass celebration and a speech to the community. He told me: “I live with another priest and we share domestic tasks: cooking, washing up, cleaning room, shopping nearby in a popular market. Some confreres Cardinals suggested to me to ask the Roman Curia for a bigger apartment and for a new car with a driver, but we two manage well with our old ones.  When I went with Msgr. Joseph Dao and a Vietnamese sister to receive his last blessing in “Pius XI” clinic two days before he died, he took the hands of the sister just to say: “Be always faithful and joyful serving the Lord”. The testimony of a saint!