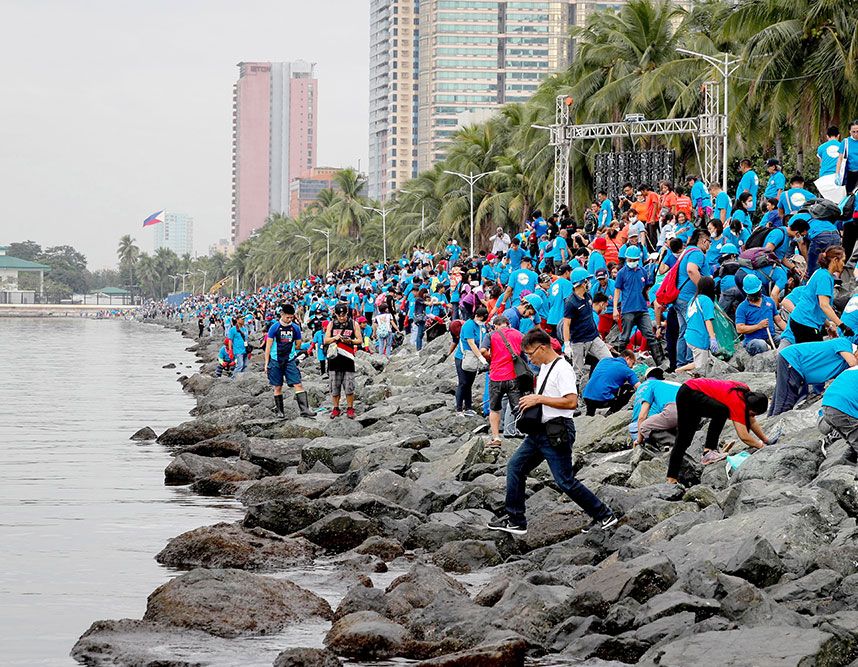 The concept of “ecological conversion” — the idea of creating a global community that both cares for one another and the planet — could very well have come from St. Francis of Assisi, the patron saint of animals and the environment. He was officially declared the “heavenly patron of those who promote ecology” in 1979 by the Papal Bull Inter Sanctos.

Moreover, some historians say St. Francis started preaching as part of the medieval penitential movement, which focused on conversion and invited the world to embrace this philosophy. All Franciscans are supposed to preach penance by their deeds and their words, just as St. Francis did. Penance and conversion are both expressions of the same Biblical idea of adopting a change of heart.

“And I will give you a new heart, and put a new spirit within you: will take away the stony heart out of your flesh, and will give you a heart of flesh” (Ezekiel 36:26). But, historically speaking, neither St. Francis nor his followers coined this modern-sounding phrase. So what exactly does ecological conversion mean, and where does it come from?

Stewards of Creation
The first reference to the term can be traced back to Pope St. John Paul II in 2001. In a papal audience he granted that year, he introduced the concept as part of his concise theological analysis regarding creation. He pointed out that while humanity has been called on to govern creation to realize its potential, we have acted more like “infidels” by ignoring our duty, a trend that has resulted in a series of ecological disasters.

Quoting from his Evangelium Vitae (The Gospel of Life), Pope St. John Paul II said mankind’s dominion over creation is not “absolute but ministerial: it is a real reflection of the unique and infinite lordship of God” (EV #52). As “a steward of God’s kingdom,” one is “called to continue the creator’s work, a work of life and peace.”

Laudato Si’
It is against this backdrop that Pope St. John Paul II urged us to promote ecological conversion. As summarized in the remainder of the text, this entails: being sensitive to the current state of ecological catastrophe; recognizing we are not fitting stewards but rather autonomous despots; understanding the need to stop at the edge of the abyss; and focusing on quality of life and ecology.

The term resurfaced in another papal document in 2015 as part of the official magisterium in Pope Francis’ famously green-themed encyclical, Laudato Si’. The pontiff has cited St. Francis as an inspiration. Clearly, as a development of this illuminating but brief work by Pope St. John Paul II, it is a key concept in forming a practical directive for all Christians.

But to understand it fully, we must situate it in the entire framework of the encyclical. In chapter one, Pope Francis painstakingly describes “What Is Happening to Our Common Home,” or the various aspects of the present situation regarding the state of the global ecological system.

Because it is in such bad shape, conversion is needed now more than ever. But this conversion is really a response to “The Gospel of Creation,” which is explained in chapter two as a comprehensive theological reflection on ecology.

In chapter three, the pope prophetically denounces the roots of the ecological crisis, particularly the technocratic paradigm and modern anthropocentrism, away from which one is to convert. Pope Francis develops the idea of “integral ecology” in chapter four, connecting ecology and ethics. To put this into action, he introduces in chapter five the “Lines of Approach and Action,” the “major paths of dialogue which can help us escape the spiral of self-destruction.”

Individual Choices
Although these five chapters seem to be fairly complete in offering a practical analysis of the ecological crisis, the pope pinpoints the fundamental power of the individual to make important choices.

Therefore, “ecological education and spirituality,” the theme of the last chapter, is essentially the climax of the entire document, empowering one with the freedom of choice. Simply put, this ecological conversion is more than embarking on a personal and communal program of a green lifestyle.

It is part of an ecological spirituality that appropriates and develops “the spiritual treasures bestowed by God upon the church, where the life of the spirit is not dissociated from the body or from nature or from worldly realities, but lived in and with them, in communion with all that surrounds us” (Laudato Si’, #216).

Pope Francis, quoting Pope Benedict in 2005, points to the need for conversion: the “external deserts in the world are growing because the internal deserts have become so vast.”

So, the ecological crisis summons all Christians to a profound interior conversion. The result of an ecological conversion means that the Christian encounter with Jesus Christ becomes evident in the relationship with the world around us.

Protectors of God’s Handiwork
In other words, conversion is “living the vocation to be protectors of God’s handiwork [which] is essential to a life of virtue; it is not an optional or a secondary aspect of our Christian experience” (Laudato Si’, #217).

Without such an interior change of heart and mind there can be no profound external change of lifestyle to be more prophetic, ascetic and contemplative in making ecological choices. In essence, it is not the “how” of environmental protection but the why.

With reference to Australian bishops, ecological conversion would achieve reconciliation with creation by examining our lives and acknowledging the ways in which we have harmed God’s creation both through our actions and our failure to act.

In order to change the way we act, we need a change of heart — a conversion (Laudato Si’, #218). This also has a community dimension. “Social problems must be addressed by community networks and not simply by the sum of individual good deeds” (Laudato Si’, #219).

What conversion really means is a change of attitude, on both the personal and social level, to embrace a spirit of generous care (Laudato Si’, #220).  Published in La Croix International

It is not just tawilis, lapu-lapu, sharks, and giant clams that are fast vanishing in the country’s waters. The Switzerland-based International Union for the Conservation of Nature (IUCN) has also…