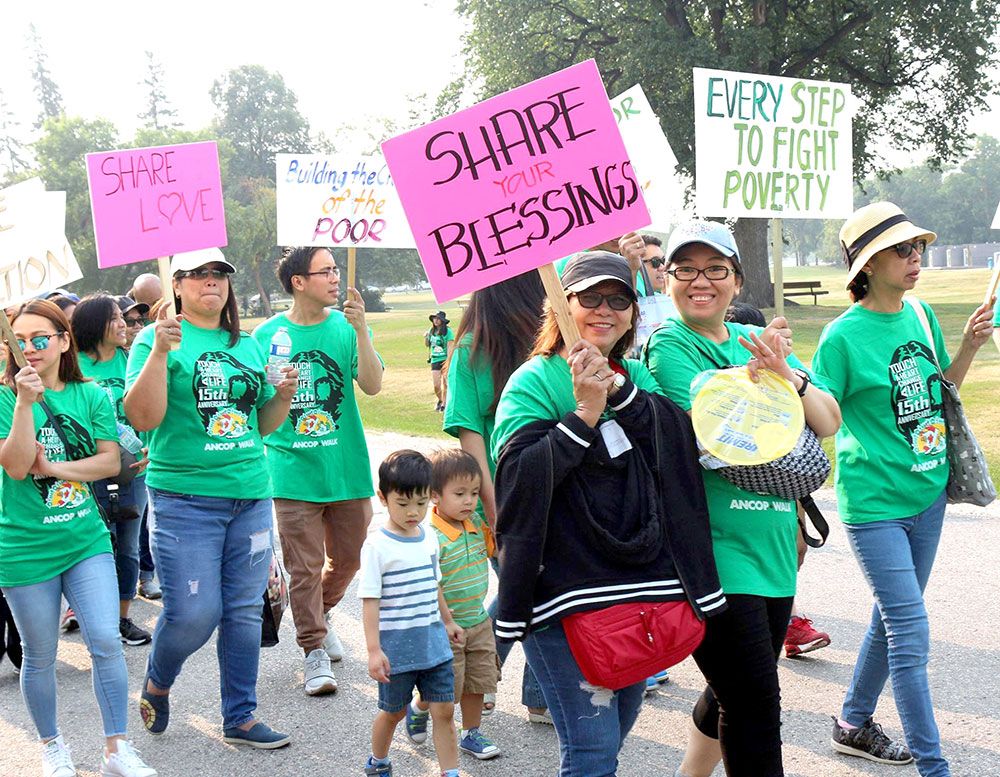 The call to evangelize marks the commitment of many Christian couples who have joined in a now worldwide movement. Born of the Charismatic Renewal, Couples for Christ mean to draw from the example of the Holy Family and make the devotion to Christ’s mission a widespread reality in the family.

Vatican II spoke beautifully of the Christian family and its vocation to holiness and apostolate in Gaudium et Spes, in the wake of Pope Paul VI iconic speech at Nazareth, during his historic visit to the Holy Land in 1964. Although we have rare examples of holy couples in Church history like saint Isidro Labrador and his wife, Maria de la Cabeza, it is only recently that there is the beatification of a couple, husband and wife, together.

The first couple to be beatified is Luigi and Maria Beltrame-Quattrocchi: he was an engineer and committed in politics and she was a professor and a poet. The second was Saint Therese of Lisieux’s parents Louis and Zélie Martin: he was a watchmaker and she an artist in the lace-making trade.

Many other fascinating couples are emerging from the history of our times like Jean and Raissa Maritain: he was the most prominent Christian philosopher of the XXth century and she a writer and a mystic, both converted to Catholicism during their university years and died in the odor of sanctity.

And how can we forget Leonard Cheshire and Baroness Sue Ryder: both from prominent British families who advanced in their career as Christian philanthropists, committed to the handicapped, orphans and any type of unhappy humanity. Love caught up with them in the afternoon of their lives: they married, had two daughters and continue their saintly life in the most exemplary way until the Lord called them.

Unity Is Strength
The movement of Couples for Christ (CFC) began in 1981 in Manila, Philippines, when Ang Ligaya ng Panginoon (Joy in the Lord), a covenanted Christian charismatic community, realized that to effectively renew society, a conversion of both spouses and consequently families to Christ was necessary.

The method used consists of bringing together a small group of prospective couples in a private home. There they are brought to a living relationship with Jesus Christ and to renewal in the power of the Holy Spirit through a series of weekly informal discussions of the Gospel in a social environment.

Those who want to join have to go through a weekly seminar series called the Christian Life Program, which usually spans several weeks or sessions. The exercise serves as the primary Evangelization approach, a core activity of CFC members.

At the end of the seminar, couple-participants are invited to dedicate themselves to the Lord as CFC members and to commit themselves to participating actively in the life of the community and the Church through regular prayer meetings, attendance to community assemblies and involvement in parish life.

CFC members commit themselves to the Lord and to one another so that they may grow in maturity as men and women of God and fulfill their primary vocation of raising families grounded in Christian values, in the service and love of God.

Family Life Renewal
Beginning from the first 16 couples who joined the weekly gathering, the movement became a Christian family life renewal which was later made available to parishes and groups of married couples who wished to live out their Christian life in an active, supportive relationship with one another. The growth of CFC stemmed from its heart for mission and evangelization and its commitment to sharing God’s love with others, beginning from the basic unit, the family.

The Christian Life Program is also the point of entry for those who wish to join CFC’s Family Ministries: Singles for Christ, for single young professionals; Handmaids of the Lord and Servants of the Lord, for women and men who are widowed, single parents or those whose spouses choose not to join; Youth for Christ (for teenagers) and Kids for Christ (for pre-teens) through attendance in a regular camp or similar activity.

In 1996, CFC was approved by the Catholic Bishops’ Conference of the Philippines as a National Association of Lay Faithful and, in 2000, was recognized by the Holy See as an International Association of Lay Faithful of Pontifical Right. CFC claims to have a presence in dioceses across all 81 Philippine provinces and more than160 countries. It sent participants to the Extraordinary Synod on the Family, an event organized by Pope Francis in 2014.

The number of people involved worldwide is estimated to be more than 800 thousand. Over the course of CFC’s existence, there have been some restructuring and changes of leadership, and occasionally, divisions. Despite these, the members at large are mostly unaffected, and the respective communities continue to flourish.

Love for Christ, love for Mary, love for souls, love for the Church, and love for the Pope: these five loves embrace the spirituality of the International Catholic Movement Regnum Christi, a kind of…