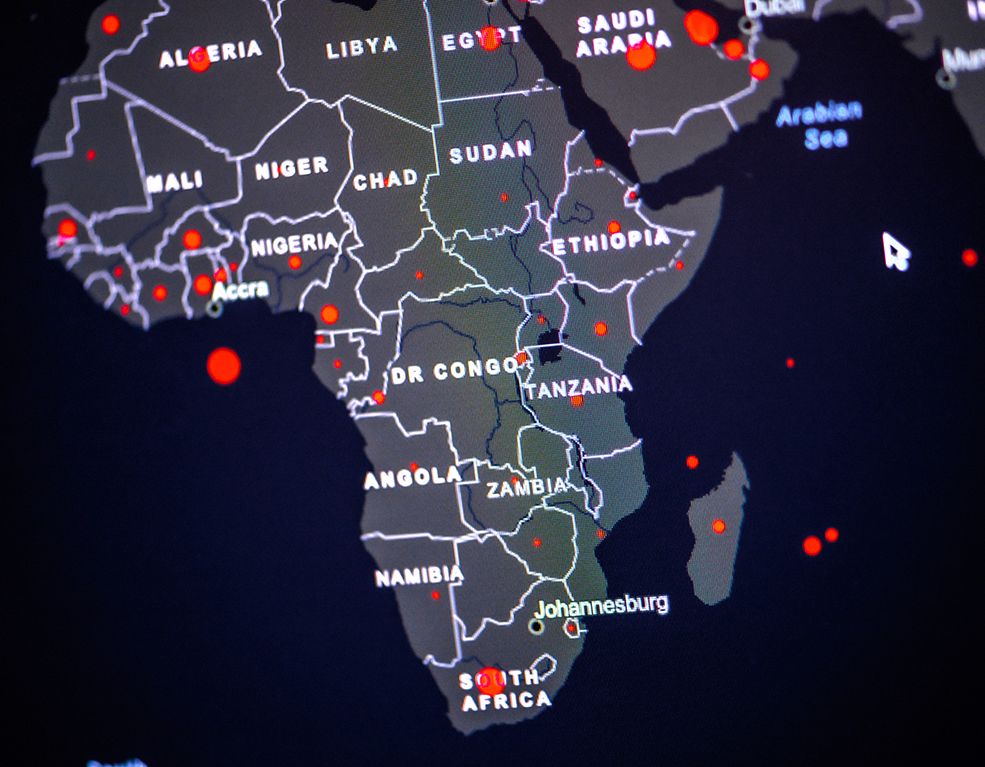 COVID-19: What about Africa?

With the second wave of COVID-19 hitting hard in some countries in Africa, the prospect of a vaccination program is still not on the horizon.

2020 will long be remembered in the annals of history because of the COVID-19 pandemic. As that year drew to a close, the COVID-19 vaccine made its debut in several countries. The question we need to ask, however, is whether the disease will wane as quickly as it spread if this vaccine is not made available to everyone. Will countries that have the “bargaining power” to obtain the vaccine quickly be adversely affected? Should poorer countries not have equal access to the vaccine?

In an interview with Vatican News, Father Charles Chilufya, SJ shed some light on the current situation in Africa, specifically in Kenya, regarding COVID-19. Father Chilufya is the Coordinator of the Africa Task Force of the Vatican COVID-19 Commission, and the Director of the Justice and Ecology Office of the Jesuit Conference of Africa and Madagascar (JCAM).

“Many countries in Africa now are experiencing the second wave of the virus,” Father Chilufya told Vatican News. “A number of countries have reported a new surge” in the past month. What is new about this second wave is that the virus “has now started spreading to high-density areas.” This has become worrisome to government officials in Kenya and other countries because housing is not good in these areas, Father Chilufya tells us.

This information was confirmed by John Nkengasong, Director of the Africa Centre of Disease Control and Prevention in a virtual news conference. “We are very close,” he said, “to where we were at the peak of the pandemic in July and August.” He predicted that in the coming months, the numbers of coronavirus cases would exceed those recorded in July and August last year.

Statistics
Africa is home to approximately 17% of the world’s population. As of January 31, Johns Hopkins University reported 3,534,569 cases of coronavirus in Africa and 89,090 deaths, representing 3.31% and 3.58% respectively of worldwide cases and deaths.

Whether this data is accurate or not is difficult to ascertain since the World Health Organization has reported that, compared to other areas in the world, testing for the coronavirus in Africa is low. Records show that 70% of the tests conducted originated in 10 of Africa’s 54 countries. South Africa leads the list in coronavirus cases in Africa, with 1,450,000 reported cases and approximately 43, 951 deaths.

Effects On The Economy
Other consequences caused by the pandemic faced by the populations in Africa are manifold. As in other countries, “many governments imposed lockdown measures” at the height of the first wave of the virus. Naturally, this put a stop to normal commercial activity and the movement of people, Father Chilufya explains. This “curbed the flow of income to many people all across Africa,” he says. In this case, the direct consequence for many people was the inability to “put food on the table.”

Already back in May last year, the International Monetary Fund predicted that Africa’s economy would contract by 1.5% this year. In numeric terms, this represents a loss of about 200 billion USD (approximately 825 million Euros). What should have been a year in which Africa was on target for an approximate 3.2% growth in GDP, some estimate that Africa’s GDP will instead fall by approximately 1%.

Father Chilufya tells us that schools have reopened in some countries, but this is not the case in many others. In some countries, such as Kenya, only “exam classes have been reopened since October.” A general and gradual reopening of schools is hoped to take place, he says. Attempts to provide online learning “catered to a very, very few students–less than 10%,” he says, and it was “impossible for students in rural areas. There are other consequences”, Father Chilufya tells us, “as children stay longer at home doing nothing.”

Gender-Based Violence
Economic hardship has not only affected the ability to put food on the table. School closures have not only affected learning, and lockdown measures did not only result in keeping people safe from contagion. All these realities have contributed to a rise in sexual and gender-based violence and teenage pregnancy. “This is a worry for many, and it’s real! And it is something that is problematic at the moment.”

A report published in October 2020 by the International Rescue Committee states that 73% of the 850 refugee and internally displaced women interviewed report an increase in domestic violence. The same report cites a 51% increase in sexual violence and 32% had observed an increase in early and forced marriages.

The lockdown and school closures forced women and girls to remain in places where their abusers had access to them. Economic hardship in families led some to sell the women and girls in their family for sex or to arrange premature marriages.

Access To Healthcare
As in the past, Africa has faced difficulties in responding adequately to the coronavirus crisis. “Clearly, poor countries like those in Africa,” Father Chilufya explains, “especially the most densely populated ones like Nigeria, Kenya, and others, lack medical infrastructure and resources.” They are always “left vulnerable” and at the “mercy of wealthier states,” he says. “And this is not the first time.”

Father Chilufya followed up this statement with two specific examples:

* Kenya: the recent strike of medical personnel in Kenya “complaining of insufficient protection as they watched some of their colleagues succumb to COVID-19”. Other reports cited doctors in Kenya describing their jobs as “suicidal,” while others who contracted COVID-19 cannot afford the same care they have been providing to other COVID-19 patients.

* Liberia: during the Ebola outbreak (2014-2015), medical workers “used plastic bags instead of medical gloves to protect themselves. And several deaths were reported among health workers in government-run health care centers.”

“Failures like these...not only violate health rights of patients, but also put health workers and their family at risk.”  Published in Vatican News

Have you ever needed a helping hand? Have you extended needed help without being asked? There are times in our lives when we are unexpectedly shown random acts of kindness. Be one of them. Be a…

For someone who was born to a wealthy family and rose to fame as an award-winning actor and filmmaker, Kyaw Thu has a comfortable life anyone in Myanmar would envy. However, despite his stature,…