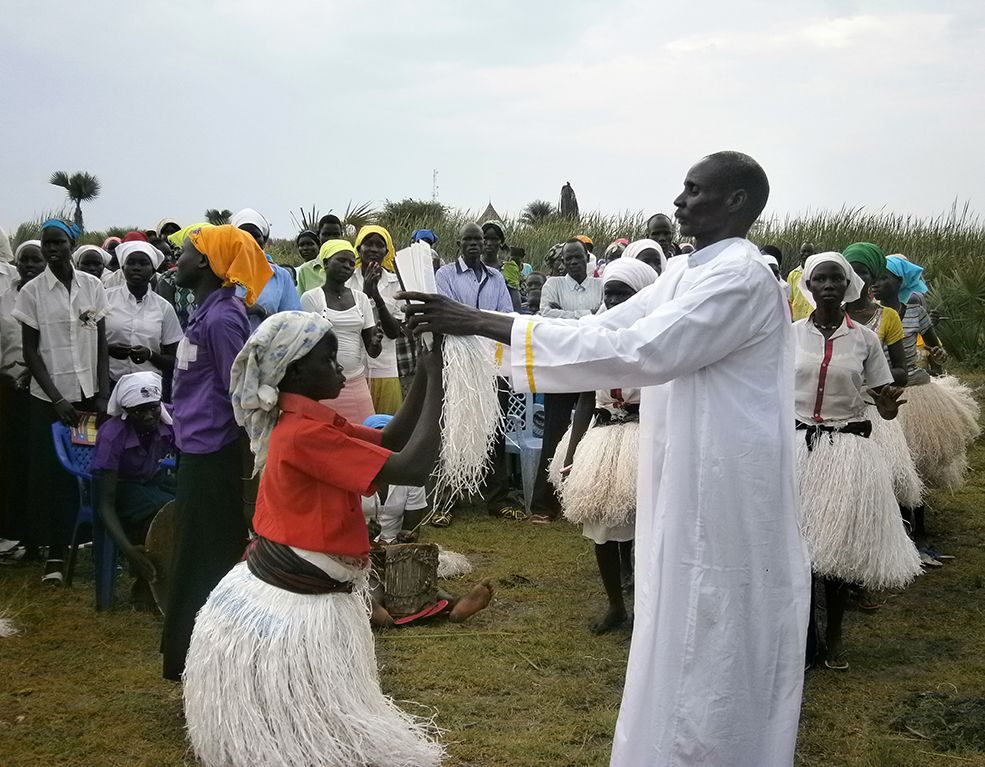 There have been close to twelve peace agreements but they have failed to bring about significant long-term peace in the country. The future of peace and stability in South Sudan will very much depend on the political will of the political leaders.

South Sudan is currently the youngest nation in the world, having gained its independence from Sudan in 2011. The struggle for independence was bloody, largely between the Arab North that was ruled under the Sharia Law, and South Sudan, mainly inhabited by black Africans.

The history of the then Sudan has been highly characterized by protracted conflicts leading to the civil war (1955-1972) which opposed the dominant ‘Arab/Muslim north’ (actual Republic of Sudan) and the diversified south. The 1972 Addis Ababa Agreement and later on the 2005 Comprehensive Peace Agreement put an end to the conflicts, providing South Sudan more autonomous governance and paved the way for the independence of South Sudan.

South Sudan is one of the poorest countries on the planet, considering that it ranks 185th in terms of human development index (0.433) as per the 2020 Human Development Report.  Since its independence in 2011, South Sudan has been subjected to another civil war in 2013 which played along religious and ethnic lines and generated a heavy humanitarian crisis in the country.

Humanitarian Crisis
According to the Council on Foreign Relations, an estimated 400,000 people have been killed since 2013. As of the Internally Displaced Persons (IDPs), the numbers are among the highest in the continent.

Indeed, according to the latest UNHCR data, there is a recorded 2,193,010 refugees and asylum-seekers from South Sudan located in several neighboring countries notably Uganda, Sudan, Ethiopia, Kenya, and the DRC.

Further, according to the 2020 mid-year update from the Internal Displacement Monitoring Center, during the first half of 2020, there was an estimated increase of 90% from the 259,000 new displacements recorded from January to December 2019. According to the report, one of the most affected regions is the central state of Jonglei which is referred to as the “epicenter of intercommunal violence.”

Furthermore, the report suggests that intercommunal violence and cattle raiding have been at the source of 90,000 displacements in the state of Warrap, in addition to continued conflict between the government and the non-state armed group in Central and Western Equatoria.

Complex Peace Process
The civil war ended in 2018 with the signing of the Comprehensive Peace Agreement which was considered to be a big step into stabilizing the country. The Republic of Sudan and Uganda have played an important role in mediation, leading to the peace agreements.

However, the 2019 Freedom House report suggests that the two countries have supported different sides to the civil war with Sudan sometimes backing the Deputy President Riek Machar’s armed faction and Uganda defending the ruling government side.

The reconciliation process in South Sudan is rather complex and needs to be preceded by a genuine process of peacebuilding that involves main protagonists in conflicts, community elders, religious leaders, and different ethnic representations.
Chapter V of the Revitalized Peace Agreement draws attention to a more comprehensive approach to peace and reconciliation and recommends a number of institutional mechanisms, namely: the Hybrid Court for South Sudan, the Commission on Truth, Reconciliation, and Healing, and the Compensation and Reparation Authority.

Dialogue Table
The first step towards reconciliation in South Sudan ought to be political reconciliation, which normally brings together conflicting parties to a dialogue table.

According to the Economist (2020), there have been close to twelve peace agreements that have been struck by the two major political figures of the country namely, President Salva Kiir and Deputy President Riek Machar, who both belonged to the Sudan People’s Liberation Movement (SPLM) that fought for independence but failed to bring about significant long-term peace in the country as a consequence of frequent delays and failures to implement agreements.

The political reconciliation process under the framework of the revitalized peace agreement has faced numerous challenges. Despite President Kiir earlier in December 2016 announcing a national dialogue process, no meaningful progress towards peace was achieved.

According to the letter dated 25 November 2020 from the Panel of Experts on South Sudan, which was established following the Security Council resolution 2206 (2015), addressed to the President of the Security Council, there is clear documentation of the failures of the Revitalized Transitional Government of National Unity formed in February 2020. For example, in an attempt to address the conflicts, President Salva Kiir announced in July 2020 a nationwide disarmament program.

Flawed Peace
The Catholic Bishops of Sudan issued a pastoral letter in February 2019 underscoring that: “We fear that this peace agreement is fatally flawed in itself and cannot bring true peace; we fear also that the current leadership does not have the will to implement peace.” There have been reported cases of violations against civilians during the exercise of disarmament as the South Sudan People’s Defence Forces (SSPDF) task force was responsible for several cases of rape and looting of livestock from the local population in Romic.

Pope Francis invited the Catholic bishops alongside other religious members from South Sudan to the Vatican for a retreat on reconciliation. In a rather powerful and dramatic gesture, the Pope kissed the feet of the political leaders and pleaded with them to embrace peace: “I am asking you as a brother to stay in peace. I am asking you with my heart, let us go forward. There will be many problems but they will not overcome us. Resolve your problems,” Pope Francis encouraged the political leaders to face the challenges of peace with a commitment to building sustainable peace in South Sudan.

Dr. Andrew Yaw Tchie, the Senior Research Fellow for Africa Security at King’s College in London, raises attention on the potential for further conflicts in the country, particularly given that “…shaky security arrangements, an avoidance of the root causes of the conflict, lack of focus on local conflict prevention, and the absence of a long term plan” may be at the origin of further conflict in the country.

In his analysis of what is missing from the September 2018 Revitalized Agreement on the Resolution of the Conflict in South Sudan, signed in Addis Ababa, he suggests that power-sharing has been the focal point of the agreement, therefore, failing to clearly include enough implementation provisions for accountability mechanisms as well as profound state reforms.

Political Will
The future of peace and stability in South Sudan will very much depend on the political will of the political leaders, and more especially the incumbent government of Salvar Kiir.

Numerous attempts by regional governments, the African Union, religious leaders, and civil society have borne some fruits but the country is yet to achieve sustainable peace and remains fragile to further conflicts.

It would be important to initiate a national reconciliation process that is comprehensive and inclusive, much more geared towards restorative justice grounded on relationship building rather than retributive justice that is likely to provoke further revenge.

A culturally and religiously based truth and reconciliation process geared towards nation-building rather than fault-finding will be crucial in bringing diverse communities into a common reconciliation ritual.

Being Fearless, Faithful and Fruitful

Due to this year’s coronavirus there is apprehension and anxiety leading up to Christmas. Bishop Ruperto Santos suggests cultivating three virtues as a way to counteract a widespread pessimism in…

Women in Filipino Society and Church

The prominent role of women was ushered in by the rise of the laity in the Church brought about by Vatican II. In the Philippines, lay people took the lead in social transformation, opening up new…