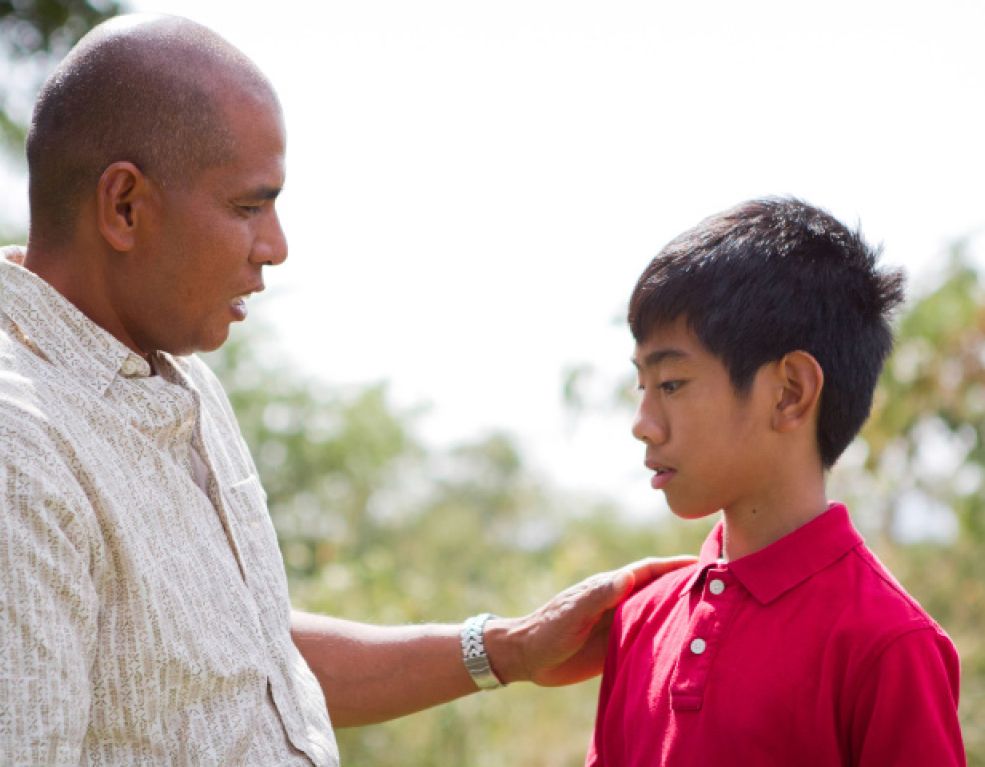 Our Lord Jesus Christ taught his disciples how to pray. And in that prayer, He instructed them to call God ‘Our Father.’ Every time we pray the Our Father, let us remember that we are God’s children and God is our loving Father.

In the Gospel of Luke, there is a parable that enables us to grasp the deep meaning of God’s paternity (Luke 15:11-32). In the past, this parable was called the parable of the prodigal son, but these days it is called the parable of the merciful father extremely generous with love. In fact, at the center of this episode we do not have the son who abandoned his father, “got together everything he had and left for a distant country where he squandered his money on a life of debauchery”. No, we have the father who went on loving his son no matter what.

In our society, we have so many images of God that are negative and damaging people: God as a dictator, God as distant and not mindful of us, God as the powerful one who lowers and humiliates people, God as someone who is exacting in a pedantic and even cruel way, always ready to punish sinners with a heavy hand, and so forth.

The God we are enabled to call ‘Our Father’ is completely different as He is defined by a kind of love that is eternal, freely given, and “irrational”; a love that is beyond all human expectations, evaluations, and dreams. Going back to and analyzing the parable of the prodigal father who reminds us of God as being our Father, we see some surprising details that can dispel any fear and worry, give trust and abandon, and make us grow in a great desire to pray the ‘Our Father’ often. Here are the details in all their magnetism:

-    The text of the parable says: “While he was still a long way off, his father saw him and was moved with pity”. The father was outside the house and we can imagine that every day he was there often hoping to see his son on his way coming back to him. What an expression of love!

-    By asking for his part of the inheritance, wasn’t the younger son asking for his father’s death? Yet the father consented to the request of the disrespectful son, out of love.

-    The father was old, but still had the energy to run to meet his son, like a young man who runs to meet his fiancée he has not seen for a long time. I think that the father ran with greater energy.

-    It was not customary for an elder to move to meet a younger person. It would have been seen as humiliating for the elder and not educational for the young person. But this father was more interested in his “prodigal” son than in cultural niceties.

-    The father did not inflict an examination of conscience on his son. He did not ask him how he had fallen so low, or whether he had returned out of love or because he needed to eat. Neither did he say: “Don’t you dare to do it again, or it will be the end of you.” He accepted him with love, great emotions, and joy.

-    To crown his love for his son, the father called for a great celebration having a feast eating abundant and delicious food and truly rejoicing.

For Jesus, God who was at the center of his heart and of his life was his Father and the Father of all. That is why Jesus prayed to the Father very often and Luke points this out clearly: “Now it happened that he was in a certain place praying and when he had finished one of his disciples said, ‘Lord, teach us to pray, as John taught his disciples.’ Jesus answered this desire and taught them the Lord’s Prayer: ‘Our Father.’

The way we recite this prayer goes back to the version according to Matthew (Matthew 6:9-13): “Our Father in heaven, may Your name be held holy, may Your kingdom come, Your will be done, on earth as in heaven. Give us today our daily bread. And forgive us our debts, as we have forgiven those who are in debt to us. And do not abandon us in temptation, but save us from the Evil One.”

We pray that through the intercession of Mary, we may live and behave as God’s children.

The Pope has always spoken of the need to go to the peripheries, and at the beginning of the year, he will be doing just that by visiting the Democratic Republic of Congo and South Sudan. Pope Francis…

Today, as in the time of Jesus of Nazareth, political power structures dominate peoples so as to further their status and increase their wealth. Only lifestyle changes, political consciousness, and…