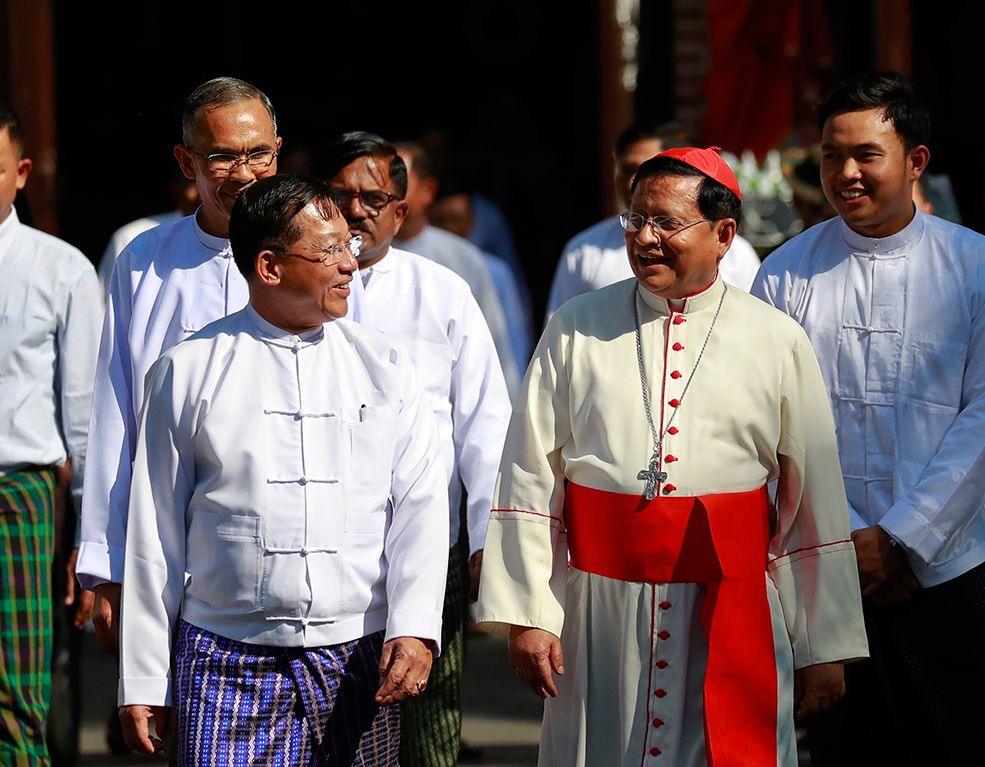 Cardinal Charles Maung Bo (in photo, right), Archbishop of Yangon and president of the Catholic Bishops’ Conference of Myanmar, issued a message urging everyone to use nonviolence and proposing peace and democracy as the “only way” and “only light.”

The message defines the military coup as “periodic darkness,” calling on the people of Myanmar to “stay calm” and not fall “victim to violence” because “we have shed enough blood.”

He notes that what has happened–the military takeover, the arrest of democratic leaders, a state of emergency for a year, the promise of new elections–are “the result of a sad lack of dialogue and communication” between the military and Aung San Suu Kyi’s party.

The pastoral letter follows a military coup on February 1 when the military seized control and detained the country’s leader, Aung San Suu Kyi, and members of her party were detained.

More than 180 million people do not have access to basic drinking water in countries affected by conflict, violence and instability around the world, UNICEF warned.

Pope Francis will be traveling to the Democratic Republic of Congo (DRC) and South Sudan in July, having accepted invitations from the Heads of States and Bishops. The Pope will therefore be visiting…