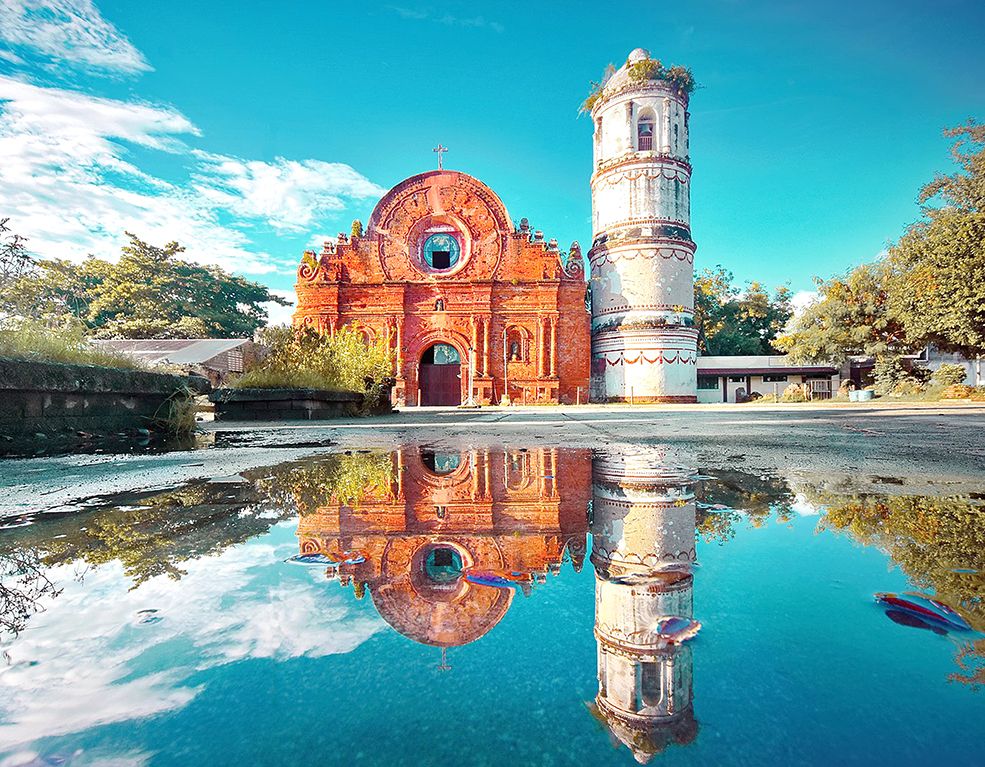 A Story of Intelligence and Sacrifice

The second wave of pioneers saw the arrival of the Jesuits, the Dominicans, and the Recollects. On the whole, the population accepted Catholicism, settled down, and engaged in agriculture, trade, and education.

The first Jesuits arrived in Manila from Mexico in 1581. Their Superior was Fr. Andreas Saldeno who arrived with two others. Many others followed. Apart from Manila, they moved to Cavite, Batangas, Laguna, Visayas, and Mindanao. In 1595, the College of Manila and the College of San José were started since, according to their tradition, they excelled in the education apostolate.

They were expelled from the Philippines in 1768 for political reasons that brought the suppression of the Society of Jesus in the world by the Pope. They returned in 1859 for the missions of Mindanao and Jolo. Soon after their arrival, the Jesuits began the exploration of their new mission territory.

They set up mission stations, built parishes, opened mission schools, administered the sacraments, and taught children catechism. They wrote the first grammars and compiled the first dictionaries in Maguindanao, Tururay, and Bagobo. However, the people of the capital wanted them because of their skill in education. In 1859 itself the Jesuits took charge of Escuela Pia. This is considered the beginning of the Ateneo de Manila.

The more-than-two-hundred-year presence of the Jesuits in the Philippines is considered an asset: they are remembered as scientists at the Manila Observatory, professors in the different Ateneos, pioneers and explorers in Mindanao, as catechists, pastors, and spiritual guides for many who desired a deeper relationship with their God. Their popularity is witnessed by the many hundreds of Filipino youth who joined and even nowadays belong to their institute.

In Manila, they built the Binondo Church and the Church of Sto. Domingo, now located in Quezon City after the mother church in Intramuros was destroyed, where the yearly devotion to the “La Naval” is well-attended.

The University of Sto. Tomas (UST) was established in 1611. In 1593, the Dominicans published the first two books of the “Doctrina Cristiana”, one in Chinese and the other in Tagalog and Spanish.

They made the country their base for missionary work in the rest of Asia. One such missionary trip in Japan during the first half of the 17th century saw the martyrdom, among others, of the Filipino-Chinese Lorenzo Ruiz, the first Filipino saint.

The successful evangelization of the province of Cagayan Valley is always pointed out as one of the greatest achievements of the Dominicans which was obtained after long perseverance, bravery, industriousness, sacrifices, and even death. The number of various dialects, the people’s nomadic lifestyle, their propensity for headhunting, the rugged and unknown geographic terrain all posed seemingly unconquerable hurdles to the young, European missionaries.

It was the Dominican friars who patiently coaxed the people of Cagayan to live peacefully among themselves, give up their arms, practice agriculture, and submit to the Catholic faith. One of the lasting legacies of the Dominicans is the massive brick churches they built in the Cagayan Valley. The best example of this, and perhaps, can be said, the peak of Dominican brick architecture is the stunning Tumauini Church in Tumauini, Isabela.

Mission Of The Peripheries
In 1606, the first group of 14 Augustinian Recollects arrived in Cebu, headed by Fr. Juan de San Jeronimo. They then proceeded to Manila, Intramuros. Later they spread to Zambales, Mindoro, Romblon, Simara, Tablas, Sibuyan, Masbate, Burian, Ticao, Palawan, Calamianes, Cebu, and Mindanao. They got the most scattered territories since when they arrived, the islands had already been partitioned among the other religious orders.

The province that was most heavily influenced by the Order is the island of Negros, now divided into two provinces: Occidental and Oriental. Most of the towns in both provinces are named after towns where the missionaries came from in Spain, such as La Carlota, Valencia, and Cádiz.

Life in the missions was quite difficult due to the hostility of the natives, especially in the Zambales areas. The Moro slave raiding was a problem in the remaining evangelical fields and often made life harder since much blood was shed.

All the same, lands were claimed from the forests for agriculture, crops were introduced for food and export, schools were established,  roads, bridges, and other infrastructures were constantly built.  Everywhere, the friars were also responsible for the importation of new technologies and unknown plants and vegetables from the new world like coffee, sweet potatoes, tomatoes, peanuts, etc… It was a new beginning.