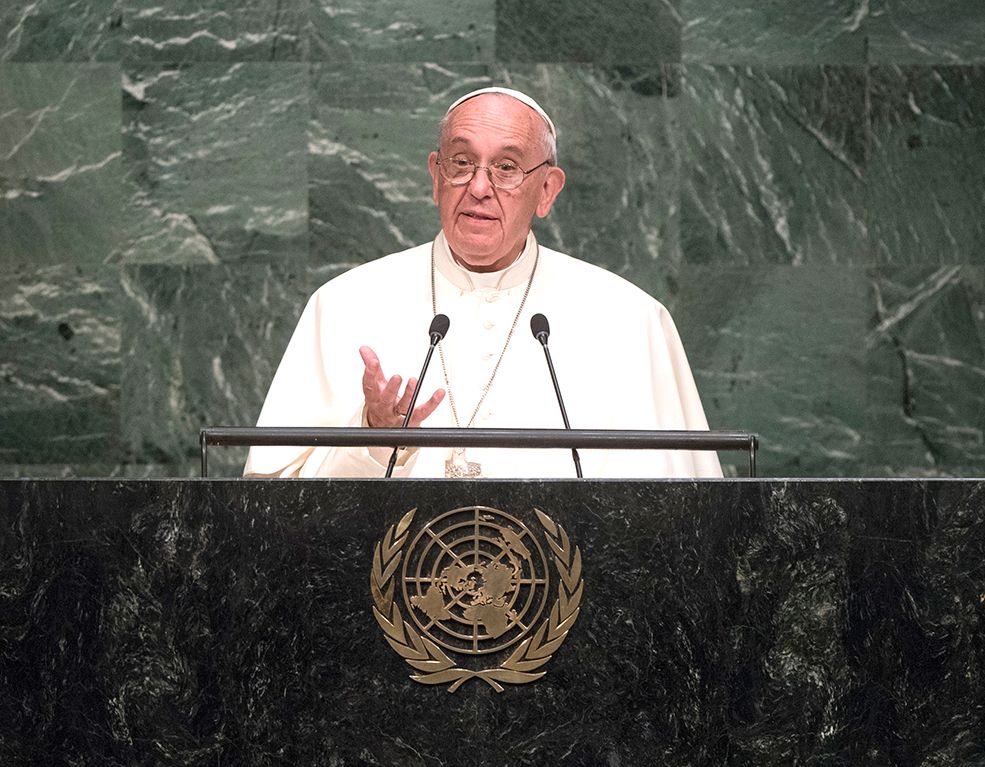 Pope Francis believes so. Although his focus on the environment and a more merciful stance toward people in relationships not normally sanctioned by the church draw the most attention, he has also spoken out repeatedly on tax fairness.

“Structures of sin today include repeated tax cuts for the richest people,” he said at a meeting with global economic ministers. Although tax cuts are often justified in the name of investment and development, the pope deplored tax havens engineered “by some of the largest companies in the world, often in tune with some dominant political sector.”

Every dollar in taxes dodged is a dollar less that can be directed to a civic need, whether that happens to be a new road, a new school, or a new hospital bed.

The International Monetary Fund reports that corporate tax havens alone may cost global governments anywhere between $500 and $600 billion each year; individual avoidance may lose them an additional $200 billion. Low-income economies account for some $200 billion of the lost revenue, a figure that exceeds by $50 billion the amount of aid developing states receive each year from donor nations.

In the developing world, the dual blows of tax avoidance and civic corruption are especially devastating. Many of the world’s most richly rewarded states in terms of natural resources have not been able to translate that endowment into stronger societies where the vulnerable are protected and basic social needs are met. Part of the reason has been lax standards for tax collecting and diminished enforcement capacity. Wealth trickles out of such societies but does not trickle down.

But negative effects from underpaid taxes are not limited to the developing world. After the COVID-19 crisis brought the underfunding of health systems in Italy into acute focus last year, Pope Francis scolded tax avoiders for breaking both Italy’s tax code and the church’s moral code.

In the United States budget cuts have stunted the enforcement capacity of the Internal Revenue Service, a reality not lost on payers in the highest tax brackets. The I.R.S. estimates that about 18 percent of taxes go unpaid each year. That has amounted to as much as $458 billion annually–a galling fall-off when basic social benefits such as universal health care and mandatory family and sick leave, commonplace in other affluent nations, are dismissed as too costly here in the United States.

Directing national wealth toward the common good is the result of a ballet of negotiation and compromise–a process that can begin only with sufficient tax revenue raised in transparency and fairness for all.  Published by U.S. Catholic Magazine

The term religious persecution evokes images of Christian blood on Arab sand, or of Muslims in Chinese “re-education camps.” But there are other forms, less discussed but also worrisome, which are…

Just over a century after he died as a martyr, Blessed Charles de Foucauld (1858-1916), who brought the Gospel to Islamic lands and lived among the Tuareg people in the Algerian desert, will be…