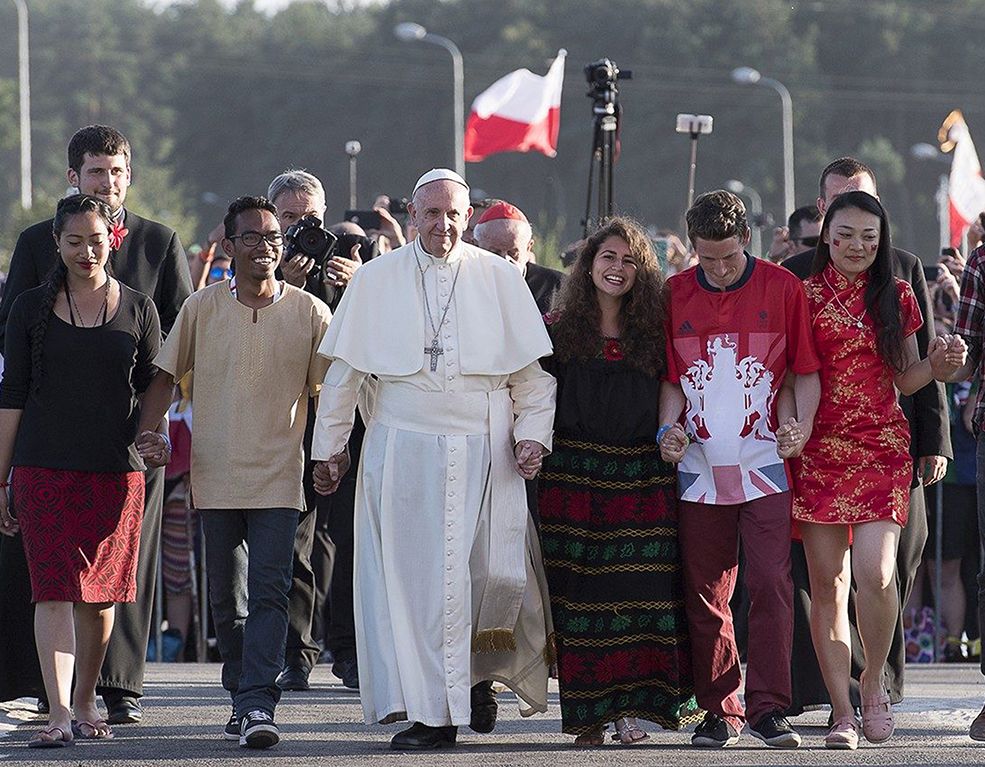 The pope’s initiative–“The Economy of Francesco”–generates new reflections and new paths to abolish inequalities and outlines equitable and ethically sustainable social systems, especially in relations between the North and South of the world.

“The abolition of tax havens is an absolute priority because they represent an instrument of inequality in which the weakest countries always pay. In 2013, the Credit Suisse bank released a chart known as the ‘pyramid of inequality,’ which showed that 91.7% of the world population had access to only 17% of the wealth in that year, while 0.7% of the population accessed 41%.

This image, which already appears rather merciless, is actually a benevolent representation, because from 2013 to today the inequality between rich and poor, between those who do not pay taxes and those who are harassed, has even widened. It is therefore clear how necessary a fiscal pact is: it would involve the redistribution of wealth and the creation of a system for putting money back into circulation.

We always hear that resources are lacking, but in reality, it is estimated that between 21,000 and 36,000 billion dollars have been hidden in tax havens. A sound fiscal policy, based on progressive taxation, would allow all this wealth to be put back into circulation and used for the production of common goods.”

This is what Nicoletta Dentico, an expert in international cooperation and global health explains to Agenzia Fides, offering a reflection on the strategies and actions to be taken to build the “new economy” promoted by the “Economy of Francesco” initiative.

Dentico notes: “When it comes to tax havens, we must not think only of remote places like the Antilles or the Cayman Islands. We have similar realities in Europe too; just think of Holland, Ireland or the City of London”.

But, he adds, “the abolition of tax havens must go hand in hand with another measure: the regulation of capital flows. If these low-tax areas enjoy so much good health and multiply, it is because we live in a world where capital moves freely, without any control. This favors phenomena of shadow-banking, that is, a shadow financial industry that feeds on everything that is not transparent and which only aims at profit, accentuating disparities”.

The issue of tax havens was indicated as a priority by the young participants in the “Economy of Francesco” initiative, who asked that “tax havens throughout the world be immediately abolished because money deposited in a tax haven is money stolen from our present and our future and why a new fiscal pact will be the first response to the post-Covid world”, as stated in the Final Statement and Common Commitment, the final document drawn up by young economists.

Over 2000 young economists, entrepreneurs from 120 countries, took part in the event promoted by Pope Francis, a reflection that will continue in 2021, to sign a pact for a new economy.

Tax Justice
The negative impact of non-transparent tax systems was recently highlighted by the annual report "The State of Tax Justice 2020, published last November by the Tax Justice Network (TJN), an independent international network active in analyzing the system of global taxation and tax havens. The survey shows that the annual value of taxes evaded around the world and hidden in countries with subsidized taxation is equal to 427 billion dollars.

This figure, the document reports, is equal to the wages of 34 million nurses: in the report, the loss due to tax evasion of companies and individuals on a global scale was related to the budget items allocated to health services, currently in crisis due to the pandemic.

The survey also highlights that while developing countries pay the heaviest consequences of tax evasion, the richest countries are the biggest contributors to 98% of global tax losses, approximately 419 billion dollars, every year.

Pope Francis has spoken several times on the need to create a fair tax system: “A new ethics presupposes being aware of the need for everyone to commit to working together to close tax havens, avoid tax evasion and money laundering that rob society, as well as to tell nations the importance of defending justice and the common good above the interests of the most powerful companies and multinationals”, the Pope said in his message on the occasion of the 75th session of the General Assembly of the United Nations.

An issue that the Pope had also addressed in the encyclical Laudato Si', arguing that “economic powers continue to justify the current world system, in which speculation and the pursuit of financial income prevail which tend to ignore any context and the effects on human dignity and the environment. Thus it becomes clear that environmental degradation and human and ethical degradation are intimately connected.”

This commitment of the Pope has been articulated in the “Motu Proprio” On transparency, control and competition in the procedures for awarding public contracts of the Holy See and Vatican City State, (June 1, 2020): among other anti-corruption laws, Pope Francis has established the exclusion of companies based in tax havens from any tenders in Vatican territory.  Published in Omnis Terra/Agenzia Fides

In South Africa, a Filipino Comboni missionary is developing his painting skills and is engaging in social media platforms to announce God’s love for humanity. “I use the artworks to express my own…

Recently, I was given a unique opportunity to taste some of the bitter hardships endured by fellow human beings fleeing drug-gang violence, oppressive poverty and economic injustice south of the U.S.…