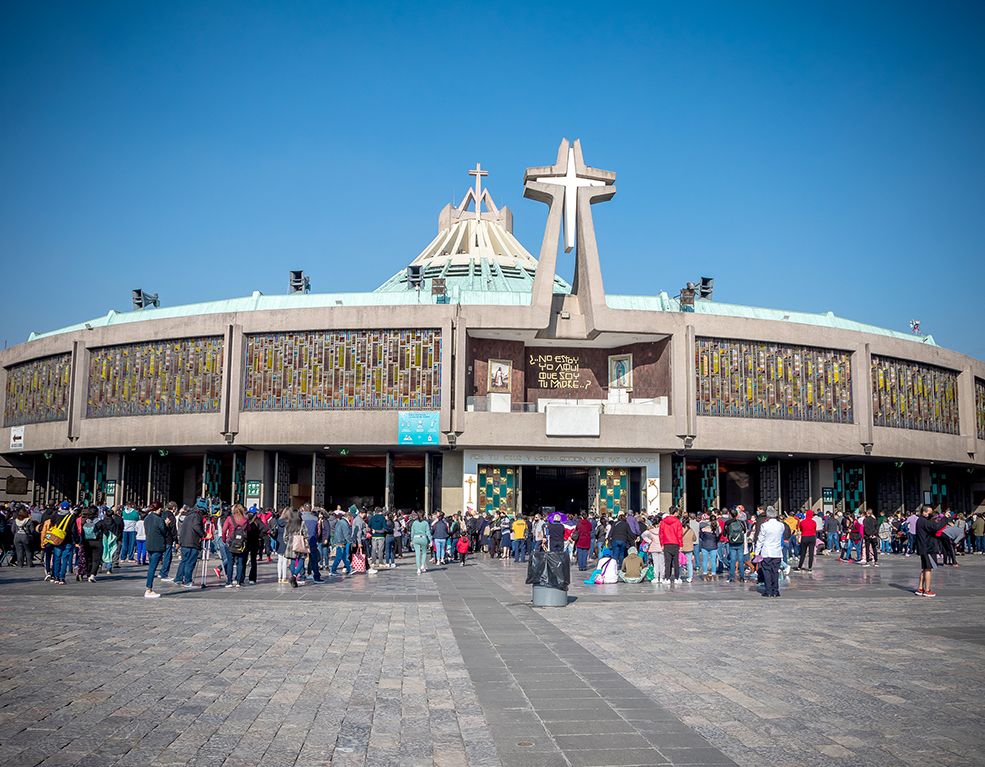 Towards A More Synodal Church

The Latin American Church is treading the path of synodality. Gathered from all corners of the continent in an ecclesial assembly, the entire People of God participated fully thus ensuring the synodal way of the Church.

The First Ecclesial Assembly of Latin America and the Caribbean took place from November 21 to 28 last year in Mexico. This historic event in the life of the Church brought together more than a hundred people in the Mexican capital, including bishops, priests, men, and women from all corners of the continent and about a thousand virtual participants.

It had a preparatory phase called the “listening process,” which lasted several months and involved exhaustive work in which all members of the Latin American Church and different spheres of society had the opportunity to express their concerns, hopes and proposals.

For six days, the hundred members of the face-to-face assembly and the nearly 1000 virtual participants shared and discussed the great challenges facing the Latin American Church, primarily based on the conclusions of the previous Episcopal Conference of Latin America (CELAM) assembly, held in Aparecida, Brazil, in 2007.

Pains And Hopes
In the “listening phase”, the members of the assembly drew up a list of the pains and hopes felt in Latin America and the Caribbean.

“As missionary disciples and citizens of the world, we contemplate reality, we hear the various and repeated expressions that express what causes us pain and indignation,” they said, and then enumerated the most excruciating pain and injustices on the continent.

Among them are the crisis of democracy in political systems, the injustices caused by unfair economic models, the culture of exclusion, xenophobia, the impact of the pandemic, and the idolatry of money, which particularly affect women, migrants and refugees, the poorest and Mother Earth.

Among these pains are also those caused by failures within the Church: “We recognize the inconsistencies that we live as People of God and that show the need for conversion,” they confessed. They also expressed pain for the fragility of the experience of faith, missionary passivity, and lack of social commitment to the poorest, and the ecclesial community’s distance from real problems that require commitment.

“We are hurt by the lack of a clearer participation of women and laypeople in the decision-making spaces of the evangelizing action,” they affirmed, and acknowledged that only 36 percent of the members of the assembly were women.

Clericalism
But what seemed most painful to the members of the assembly was the clericalism that is perceived in the ecclesial community: “clericalism as an ecclesiological vision is an authoritarian style of governing which excludes laypeople from the bodies of discernment and decision, thus becoming an obstacle to the synodality of the Church. It is also related to cases of abuse of conscience and sexual abuse of Church members and the lack of reparation to victims.”

The discernment work also allowed us to glimpse the hopes that illuminate the path of a Church that wants to be more synodal, participatory and open. This synodality lived in the ecclesial assembly is precisely one of the greatest hopes expressed by the members of the assembly, as it presents itself as “a space for meeting and opening for the transformation of ecclesial and social structures that allow us to renew the missionary impulse and the proximity to the poorest and most excluded.”

The members of the assembly expressed their hope for a more united and fraternal Church, open to laypeople, women, young people, and the diversity of identities, peoples, and cultures; a “Church on the way out that becomes a neighbor and servant of a wounded humanity.” Among the hopes is, in a particular way, given by the pontificate and the magisterium of Pope Francis, his spiritual leadership, and his coherence.

The growth in the role of women and their commitment in society and in the Church, the growing awareness of the necessary care of the Common Home, integral ecology, and actions in defense of human rights also give rise to hope.

They also expressed their confidence in the fact that “many young people are organizing themselves and taking on new commitments, responding to the world’s needs, ecological needs, and creatively seeking new ways of evangelization.”

The alliances and networks that are being formed between Afro-descendants and indigenous people are also on the list of hopes, along with the basic ecclesiastical communities and lay missionaries, who “bear witness to fraternity and are often a prophetic voice for the Church and the society.”

Starting from these pains and hopes, the members of the assembly focused their gaze on the main challenges facing the Church in Latin America and the Caribbean and drew up a list of 41 challenges with their corresponding pastoral orientations, from which they selected the twelve most important (see sidebar), which do not eliminate the remaining 29 but constitute the main contribution of the Ecclesial Assembly to continue, from now on, the synodal work in each region.

The assembly officially ended with the closing Mass that was celebrated on November 28  in the Basilica of Guadalupe, in which the members of the assembly consecrated themselves to the Virgin of Guadalupe, asking for her maternal protection for the entire continent and for the whole process that seeks to encourage a truly synodal Church.

Work Continues
As the assembly members themselves indicated, the assembly was not only a point of arrival but also a point of departure. Based on what has been lived and discerned and with these twelve challenges as a reference, the work will now continue in each country, in each diocese, in each parish and community to fulfill the beautiful task of proclaiming the Gospel and preparing the celebration of the Synod on synodality, which will take place in Rome in 2023.

In order to carry out and put these twelve challenges into practice, CELAM has proposed a pastoral itinerary for 2022 that begun in January with a “seminar on identity and pastoral mission” to help articulate the different processes to be followed, a seminar aimed at members of CELAM and members of the assembly, which runs until April or May.

Also in this itinerary are the so-called “regional ecclesial assemblies,” which have started in February and will go on until May, in which each ecclesial region of the continent will take on pastoral challenges according to the context and reality of each one.

It is also expected that in May the Latin American and Caribbean Episcopate will meet in an extraordinary assembly of CELAM, in which it will certainly have an outline of what will be the pastoral guidelines that emerged during the Ecclesial Assembly to respond to the 41 identified challenges and, in particular, the twelve considered priorities.

Once these phases are over, there follows the continental phase of the Synod on synodality which is scheduled to begin in October this year and will run until March 2023.

The different testimonies that were heard by all the participants– cardinals, bishops, priests, religious or laypeople, men and women, old and young–distilled a feeling of enormous joy and hope for what they were able to experience in those days.

Unlike other assemblies of the Latin American Episcopate, this time there was no attempt to prepare a document but to exercise community discernment in a synodal manner. The Ecclesial Assembly was the point of arrival and departure. It is part of the path the Latin American Church is taking and that opens the doors of hope to a new way of being Church.

His Coming in Mystery

In the previous article, we reflected on two of the three comings of Christ–He came in history and He will come in majesty. Now let’s reflect on the coming of Christ in mystery. It is Christ who comes…