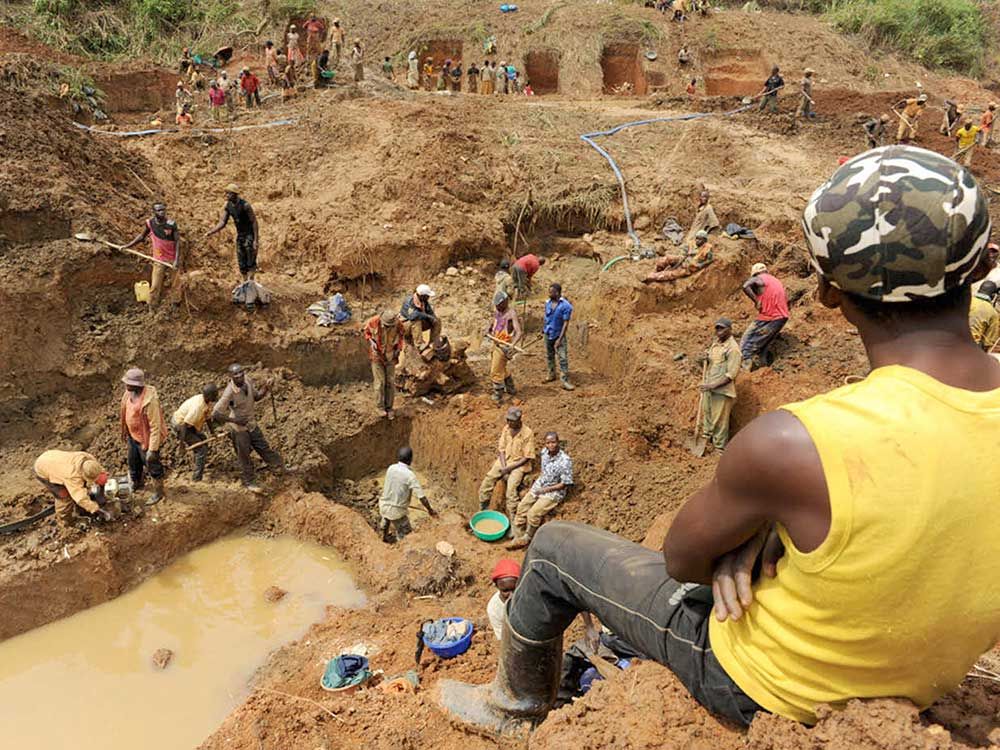 Electronic multinationals are accused of using cobalt from companies employing children, as young as seven years old, working in dangerous conditions. Human rights activists urge these giant corporations to take responsibility over the source of the raw materials for their components.

Every morning, my mobile phone wakes me up. I then use my tablet to listen to the radio; instead of purchasing newspapers, I use my laptop computer to browse news sites; I keep in touch with my friends through Facebook; I discuss my research questions with university professors through e-mails. It seems that I deal with almost everything using my portable electronic devices.

Mobile phones, laptop computers and other portable electronic devices have changed our daily lives. For example, Catholics living in China have got a perfect way to feel closer to Rome – we can watch daily mass on EWTN by using our mobile phones and we can read news about the Pope and the Holy See on the internet through a variety of news apps on our phones.

In July 2016, Apple sold its billionth iPhone. There is no doubt that these electronic devices are changing the world. But we should keep asking in what ways? People enjoy the benefits of new technologies but rarely question in what ways they are made.

Cobalt is a key component in lithium-ion rechargeable batteries. We, users of portable electronic devices all over the world, rely on rechargeable batteries to power our mobile phones, tablets, laptop computers. According to Amnesty International, the Democratic Republic of the Congo (D.R.C.) exports over 50% of the world’s total supply of cobalt, 20% of which comes from artisanal miners in the southern part of D.R.C.

In January 2016, the report, “This is What We Die For: Human Rights Abuses in the Democratic Republic of the Congo Power the Global Trade in Cobalt,” jointly researched by Amnesty International and African Resources Watch (Afrewatch), examines the working conditions under which these artisanal miners extract more than 10% of the world’s cobalt supply and also traces how the cobalt is traded worldwide. According to the report, some of the world’s wealthiest electronic companies such as Apple, Samsung and Sony have been accused of using cobalt from companies employing child labor, among whom children as young as seven years old, working in dangerous conditions. These tech giants had failed to carry out basic checks on the source of the materials used in their products.

The majority of miners work long hours every day with cobalt; however, they do not have the basic protective equipment like face masks, gloves or work clothes, which should have been regulated by the D.R.C. Mining Code and Regulations.

Miners in the area face health issues and are prone to fatal accidents. “Hard metal lung disease” results from chronic exposure to dust containing cobalt. Inhalation of cobalt particles can also result in “respiratory sensitization, asthma, shortness of breath, and decreased pulmonary function,” and sustained skin contact with cobalt can lead to dermatitis. There is no official data on the number of fatalities but miners said accidents are common.

The child miners reportedly work up to 12 hours a day in the mine carrying heavy loads in order to get one or two dollars a day. According to UNICEF, nearly 40,000 girls and boys worked in mines across southern D.R.C. in 2014. Children, who attended school, worked 10 – 12 hours during the weekend, holidays, and when they were off school. The children who did not go to school worked in the mines throughout the year. Paul, a 14-year-old boy, told Amnesty’s researchers: “I would spend 24 hours down in the tunnels. I arrived in the morning and would leave the following morning.”

What the companies say

The bulk of the world’s cobalt is sold by China’s Huayou Cobalt and its subsidiary, Congo Dongfang Mining, to makers of components in China and South Korea. The component manufacturers then sell it to the battery-makers who supply it to companies such as Apple, Microsoft, Samsung, Sony, and Volkswagen.

Emmanuel Umpula, executive director of Africa Resources Watch, said: “It is a major paradox of the digital era that some of the world’s richest, most innovative companies are able to market incredibly sophisticated devices without being required to show where they source raw materials for their components.” Mark Dummett, business and human rights researcher at Amnesty International, said: “It is high time the big brands took some responsibility for the mining of the raw materials that make their lucrative products.”

Apple responded: “Underage labor is never tolerated in our supply chain and we are proud to have led the industry in pioneering new safeguards.” It also said the company conducts rigorous audits of the supply chain and suppliers face penalties if they are found hiring underage workers. Samsung said it had zero tolerance towards child labor and conducts regular audits of its supply chain. “If a violation of child labor is found, contracts with suppliers who use child labor will be immediately terminated,” it said. Sony said it was working with the “suppliers to address issues related to human rights and labor conditions at the production sites, as well as in the procurement of minerals and other raw materials.”

“Many of these multinationals say they have a zero tolerance policy for child labor. But this promise is insubstantial when the companies are not investigating their suppliers. Their claim is simply not credible,” said Dummett.

The “cobalt spell” is also a result of global inequality. The polarization is becoming increasingly severe. Just as Mark Dummett said: “The glamorous shop displays and marketing of state-of-the-art technologies are a stark contrast to the children carrying bags of rocks, and miners in narrow man-made tunnels risking permanent lung damage.”

My mobile phones, my laptop computer and my tablet will always remind me that there are very young lives struggling to make a living behind them. Cobalt is not what they should die of and for. It is time to break the “cobalt spell.”

Considering everything that Holy Scripture, Tradition and the Teaching of the Church tell us about the Eucharist, we can state without doubt that, in the life of the Church, to say Eucharist means to…

I Believe in Heaven

One of the stunning messages contained in the Beatitudes is that faith transforms our darkest inner moments into light. Jesus Christ has the power to convert the desert of human hearts into blossoming…