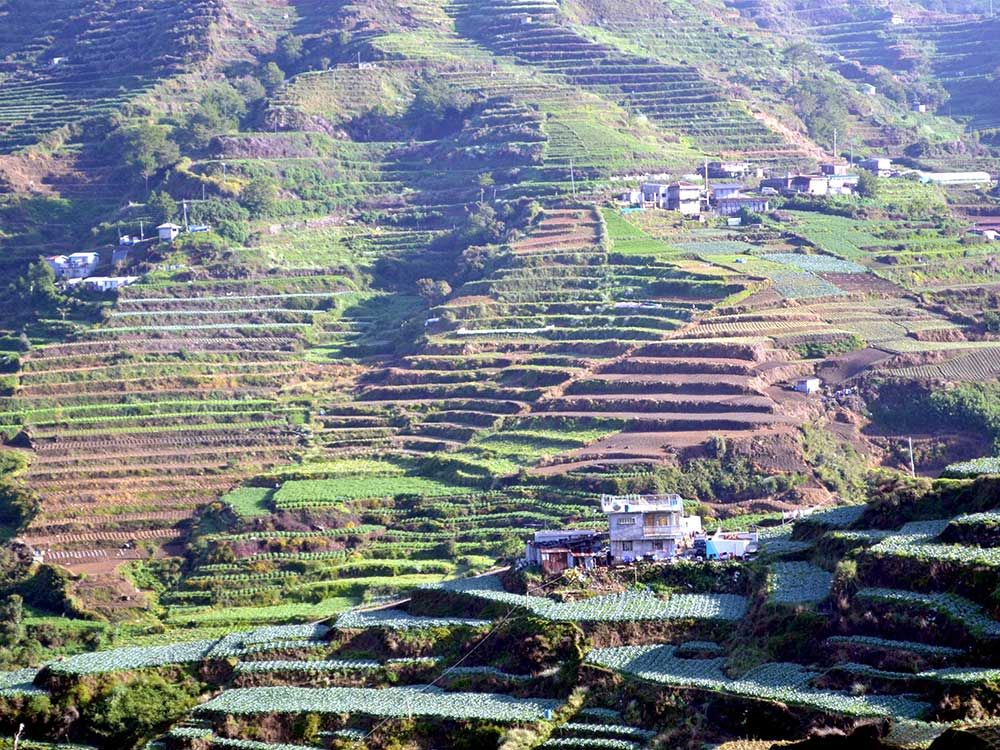 If it does not do something drastic now, the Philippines would be the first country in Asia to completely lose its forest cover soon.  Experts say that the country lost most of its forest in the past 50 years. The next generation will have to seek solutions to this problem.

At the recent fifth ASEAN Plus Three Junior Science Odyssey held at the University of the Philippines Los Baños in Laguna, Dr. Rodel Castro was quoted as saying: “There’s only a little time left. Your generation will inherit this problem (on climate change) and it is, indeed, your generation that will have to wrestle and seek solutions to this problem.”

“We have lost most of our forest of old over the past 50 years and, along with them, many of the ecological services they provide,” deplores Peter Walpole, executive director of the Environmental Science for Social Change (ESSC).

In the 1990s, the Department of Environment and Natural Resources reported that the country had only 800,000 hectares (2.7%) of primary forest cover. Residual forest was placed at 4.7 million hectares. “Where have all our forests gone?” asked Roy C. Alimoane, director of the Davao-based Mindanao Baptist Rural Life Center (MBRLC). “Why are we losing our trees at a very fast rate?”

Logging and its profits

The ever-growing population can be partly blamed. “The most likely causes were the increase in population – up from more than 500,000 in 1521 to around seven million in 1900,” the ESSC publication surmised. Today, the Philippines is home to more than 100 million Filipinos. “This was accompanied by the spread of commercial crops (abaca, tobacco and sugarcane) and by growth of pasture lands for cattle raising as the Philippines became part of the world economy,” the publication continued.

But logging – both legal and illegal – is seen as the primary culprit. “An important source of deforestation has been the dramatic expansion of destructive logging,” wrote Robert Repetto in “The Forest for the Trees? Government Policies and the Misuse of Forest Resources.” According to Repetto, annual outputs averaging 10 million cubic meters were maintained until 1974, “when depletion, world recession, and competition from other log-exporting countries forced a reduction.” Declines continued over the next decade and, by 1984, the harvest had returned to the pre-boom level of 3.8 million cubic meters.

“Logging is more than an ecological problem,” the book, Saving the Earth, published by the Philippine Center for Investigative Journalism, surmised. “It is a social, political and economic dilemma as well. At the root of the malaise are stupendous profits and the ease with which they can be raked in.”

Upland migration and agricultural expansion had also contributed to the fast disappearance of the country’s forest cover. “Some 80,000 to 120,000 families cleared an estimated 2.3 million hectares of forest land,” Repetto wrote. “The spread of shifting cultivation largely reflects population growth and the economy’s failure to provide employment alternatives for the country’s rural poor.”

Benefits for a few

The ESSC believes that had all these factors been carried out in a manner that contributed to the overall development of the country, “the majority of the people could have benefited.”

However, historical land classification indicates that only very few people – less than 500 individuals or corporations – had held access rights to most of the country’s forest resources. “This figure highlights the injustice,” the ESSC publication points out.

The ESSC thinks the responsibility for the present sad state of the Philippine forest rests with past administrations. “There has been a near total failure on the part of the government to recognize the socio-cultural and ecological values of the forests,” it says, adding that they failed “to recognize any value except short-term economic gain.”

The ESSC also fears that this “short-term economic gain” thinking may also be “repeated in the drive to adopt mining as the answer to our economic development.” In the Philippines, mining operations are oftentimes located in ancestral land, forest land, and even prime agricultural land.

But the destructions caused by deforestation are already written on the wall. “Deforestation has left upper watersheds unprotected, destabilizing river flows, with significant effects on fish population and agriculture,” Repetto wrote. “The implications for hydroelectric projects and irrigation facilities have already become apparent in Luzon, where anticipated lifetimes of important reservoirs have been cut in half by sedimentation.”

According to Dr. Rodel D. Lasco, a member of the United Nations Intergovernmental Panel on Climate Change (IPCC), deforestation is one of the leading causes of greenhouse gas emissions. “Ten billion to 12 billion tons of carbon dioxide are released per year due to deforestation, that is loss of forest, as well as through agriculture, such as livestock, soil and nutrient management,” he pointed out.

That’s why Filipinos are urged to plant a tree – even at the end of the world, so goes a saying. American President Theodore Roosevelt once reminded: “A person without children would face a hopeless future; a country without trees is almost as helpless.”

Bringing faith to the campus

Having young students working on a common goal towards spirituality is the main purpose of the Catholic Society of the University of Macau. So says President Eunice Vong on the reason she revived the…

The amazing growth of the Christian community in Northeast India took the older Churches in the country by surprise as the second millennium drew to a close. While the Church in South India traced its…