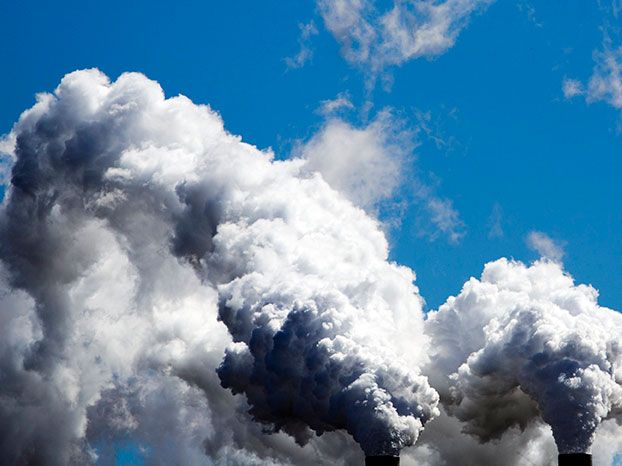 CARE OF THE EARTH: Catholic institutions to divest from fossil fuels

In their campaign to address climate change, 40 Catholic institutions have committed to divest themselves of more than $5 trillion worth of investment in fossil fuel companies, The Global Catholic Climate Movement announced. The movement cited Pope Francis’ 2015 encyclical call to protect the environment which also pointed out the importance of making investments that lead to a carbon-neutral economy.

“What is clear is that momentum in fossil fuel divestment is growing a lot. This is a very concrete sign of the voice of the Catholic community,” said Tomas Insua, Executive Director of the Global Catholic Climate Movement, which organized the effort following a divestment conference in Rome earlier this year.

“These 40 institutions are taking a moral stand. They are sending a very clear message to governments and the fossil fuel industry that their business model is not aligned with a healthy climate and a sustainable society,” Insua told the Catholic News Service.

Divestment from fossil fuels is one way to “look at how one applies the teachings” of Laudato Si’, said Kevin Roussel, Executive Director of Catholic Welfare and Development in the Archdiocese of Cape Town, South Africa.

“We’re finding a lot of people exactly in the same place (of wanting to divest). They’re not just sure about the how, not whether they should. What we’re doing is sharing in the how we’re doing it. That’s quite a big step,” Roussel told CNS.

In most cases, divestment is expected to take several years to accomplish.

Pope Francis will make his apostolic journey to the Kingdom of Bahrain from November 3 to 6. The Bishop of Rome will visit the cities of Manama and Awali on the occasion of the Bahrain Forum for…

The war in Ukraine will result in expensive food and energy for the next three years, the World Bank has warned, intensifying fears that the global economy is heading for a rerun of the weak growth…