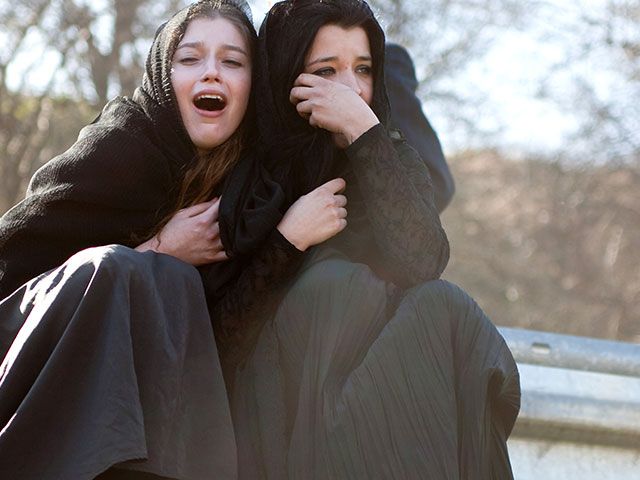 All the four Gospels describe the last moments of Jesus’ life. But only the evangelist John tells us about a surprise meeting at the foot of the cross: Mary, the apostle John and some women from Galilee are there to experience with Jesus the supreme moment of His life and mission.

This encounter occurs in a surprising way in the midst of the dispersion in which the apostles and disciples abandon Jesus who is alone during the final stage of His mission (Matthew 27: 35-46, Mark 15: 24-47 and Luke 23: 33-49).

The evangelist John, however, shows us that there were exceptions in this general stampede (John 19: 25-37): Jesus’ mother, some women, and the apostle who had been his confidant stood at the foot of the cross, ready for His loving parting words. The presence of these people at the foot of the cross of Jesus speaks of a love and a fidelity that go until the end, an expectation that only women are able to keep alive.

We enter into this scene seeking to have our eyes fixed on Jesus, at this supreme moment of His life, paying attention to His words and attitudes, as described by the evangelist John. Jesus faces His trial and condemnation, His passion and death, not as a victim, but as a protagonist, as one who takes the initiative and exorcises the fear and doubt, assuring His disciples that the hour of His passion is the hour of God, a moment of glory.

The high point of John’s narrative is described in Chapter 19, verses 25 to 37. John, as an attentive confidant, gathers the last words of Jesus, which we can sum up in three moments.

But the evangelist invites us to see further. Jesus gives His mother the title of “Woman” as He had done at Cana at the beginning of His ministry, when His hour, as He had then said, had not yet come. Here, at the foot of the cross, Mary represents the people of Israel who welcomed Jesus: she is not only the mother of Jesus, but heir to all the promises made to Israel, to which she had given her yes, her cooperation, so that these promises were fulfilled.

As the representative of this Israel who says yes to God’s promises, Mary had accompanied Jesus in the critical moments of His ministry with some other women, whom we now meet here at the foot of the cross together with her. To this woman, symbol of the community of the old covenant, Jesus asks that she recognizes and welcomes John as her son.

The disciple John, for his part, represents the community of the new covenant, its members still dispersed, who had been companions and friends of Jesus. Confident of Jesus in difficult times, John becomes a witness of the hour of glory that is about to be manifested. To him, Jesus leaves the task of welcoming the mother, of recognizing His own origin and honoring His own roots.

The narrative says that “from that hour the disciple took her into his home.” From that hour, the time of Jesus’ death, the two communities form one, a new people that, having originated in the promises made to Israel, now has, because of the gift of Jesus’ life, all peoples as destiny.

In giving this double commission to Mary and to John, Jesus testifies that His hour has come, the hour of new wine and the reconciliation of all peoples with God, the hour of the Spirit that is to come out of His open heart, like blood and water, sacraments of His love and memorial of the new covenant enshrined in His passion, death and resurrection.

I thirst!
After this commission, the evangelist tells us that Jesus, knowing that everything was fulfilled, says the second word: “I thirst!” Jesus thirsts for a love stronger than death, which no water can quench: from the love and embrace of God, which He is about to receive in His death; of the love of the Father which brings Him back to His condition as a beloved Son; of the love of the disciples, of a corresponded love, the only one who can quench the thirst of the one who loves.

The Christian tradition saw so much in this word of Jesus “I thirst”. It has seen the drama of Love: the suffering of God who can do nothing but love and who is not reciprocated in His love. The expression “I am thirsty” is the last call of Jesus to follow Him in the ways of love; an appeal that awaits the response of our heart, our love and dedication without measure and without conditions.

Only after this answer can we perceive and make ours the word of Jesus which follows: “It is finished.” It is His third words that, according to the evangelist John, Jesus says before bowing His head and exhaling: that is, before giving up His breath, His spirit, to the Father and to us, to make the gift of His life.

For the evangelist John, this is the supreme moment of Jesus’ mission: He gives us His spirit at the moment of His death, He makes the gift of His divine life; the Spirit is the gift of Jesus who is dead and risen and the gift of the Father who welcomes Jesus with the embrace of His love. In His Incarnation, Jesus stripped himself of His divinity to embrace our human condition as lost children and to bring us back to the Father. In His Resurrection, it is the Father who embraces Him and brings Him back to life, and in Him, embraces us, brings us also back to life.

This work is finished, this path of the Son reaches the goal and, therefore, “everything is fulfilled” to perfection. Jesus is reborn as a beloved Son and at the foot of the cross a new humanity is also reborn, the community of men and women brought to their dignity as beloved sons and daughters.

Our contemplation of this meeting at the foot of the cross comes to an end, but never ends: we will always return with our eyes “to look upon Him Whom they have pierced.”

With Mary, John and the women at the foot of the cross, we contemplate this pierced heart from which blood and water flow for the life of the world; and in this silent encounter we find ourselves, as disciples, with our feet ready to walk the ways of the world, to bring to all the gift of this new life, of this love stronger than death.

Fertile Terrain for the Vocation

Vocation, a gift from God, is like a small seed that wants to germinate, grow and bear fruit; but for that to happen, we need to find the right terrain.

The Common Good and Vocation

The vocation, a project of happiness that comes from God and is offered to us, whenever it is discerned, bears fruit and leads to the common good of humanity and nature.

The path of vocational discernment is a discovery of ourselves, of the dream of God for our lives and of the brothers and sisters who accompany us. It is done in freedom and leads to true happiness.