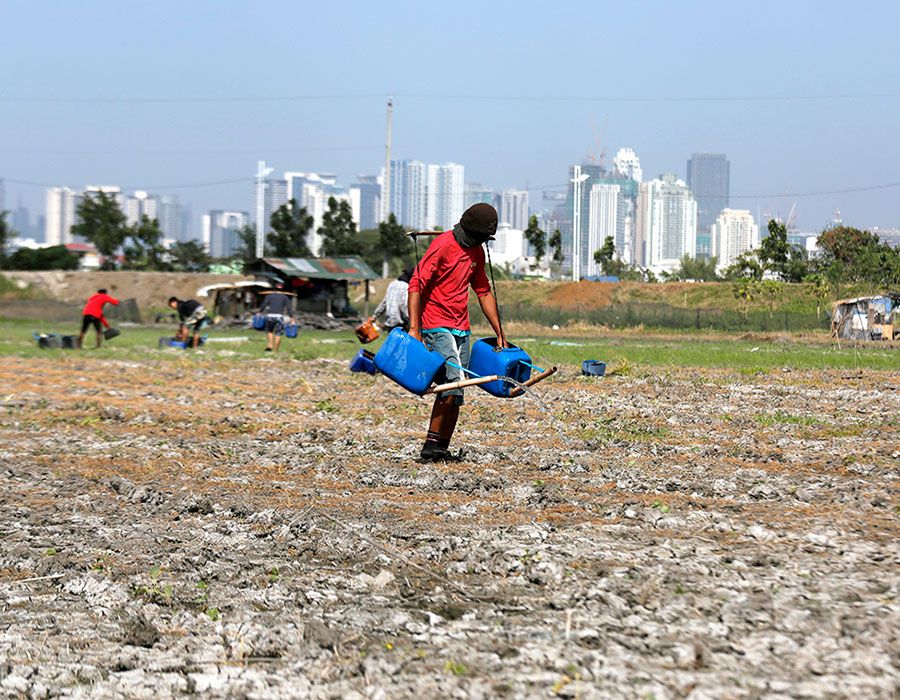 Filipino farmers are most likely to be affected by the consequences of climate change as their crop production will decrease due to continuous rainfall, flooding and drought. As a result, more and more people will go to bed at night still hungry.

"Food insecurity is exacerbated by an increasing population, further stretching the carrying capacities of the already dwindling natural resources base and made worse by changing climatic conditions that negatively impact on agriculture,” pointed out Dr. Gil C. Saguiguit, Jr., the director of Laguna-based Southeast Asian Regional Center for Graduate Study and Research in Agriculture (SEARCA).

With 103 million Filipinos, the Philippines is ranked 13th among the most populous countries in the world – just below Ethiopia and above Vietnam.  Based on projections made by the Commission on Population, the country will be home to 107.19 million Filipinos by the end of 2018.

Projections from meteorologists showed that from 2020 to 2050, wet seasons will be wetter and the dry seasons will be drier. Eighteen to 20 typhoons are expected every year with flooding projected in different parts of the country.

“(Filipino) farmers are highly affected by these vulnerabilities for they are the ones most expected to weather extremes,” said a research note presented by Dr. Majah Leah V. Ravago at the Second International Conference on Agriculture and Rural Development in Southeast Asia.

“One implication of these change is that farmers’ experience on the frequency, duration, strength, severity and timing of rainfall and the frequency of droughts will be less reliable; hence, the accuracy of their subjective decision-making processes will decline, causing their level of risk to rise,” explained Dr. Ravago, assistant professor at the University of the Philippines School of Economics.

Act Now!
The Philippines will experience stronger typhoons, which would inundate coastal and low-lying areas.  Agriculture scientist Julian Gonsalves of the Cavite-based International Institute for Rural Reconstruction urged to do something now before it is too late.  “Agriculture sector is expected to suffer the most serious impact of climate change, affecting food security, nutrition and livelihoods, if we don’t act soon,” he pointed out.

“As agriculture is highly sensitive to climate change, maintaining the right balance is critical to a stable and productive agricultural activity, which is the foundation for food security and by extension the alleviation of poverty,” the briefing paper stated.

In time, climate-smart agriculture came into existence as a response to the problems brought about by climate change. “Climate-smart agriculture addresses the wider issues faced by agriculture in the face of global environmental change – the need to increase global food production by 60% by 2050 and to meet greenhouse gas emission reductions,” the briefing paper said.

Climate-smart agriculture is anchored on three pillars in the context of local stakeholders and focusing on sustainably increasing farm productivity and income, strengthening resilience to climate change and variability, and mitigating the contribution of agricultural practices to climate change.

According to SEARCA, the unique role of agriculture in development – the primary food source, significant potential for greenhouse gas mitigation and its sensitivity to climate change – entails that innovations in technology and practice be enabled and diffused locally and appropriately to respond to climate change.

“The possibilities of potentially relevant agricultural technologies is extensive and there is a vast pool of yet undiscovered technologies and practices that may be crucially important for agriculture in a globally changing environment,” the briefing paper points out.