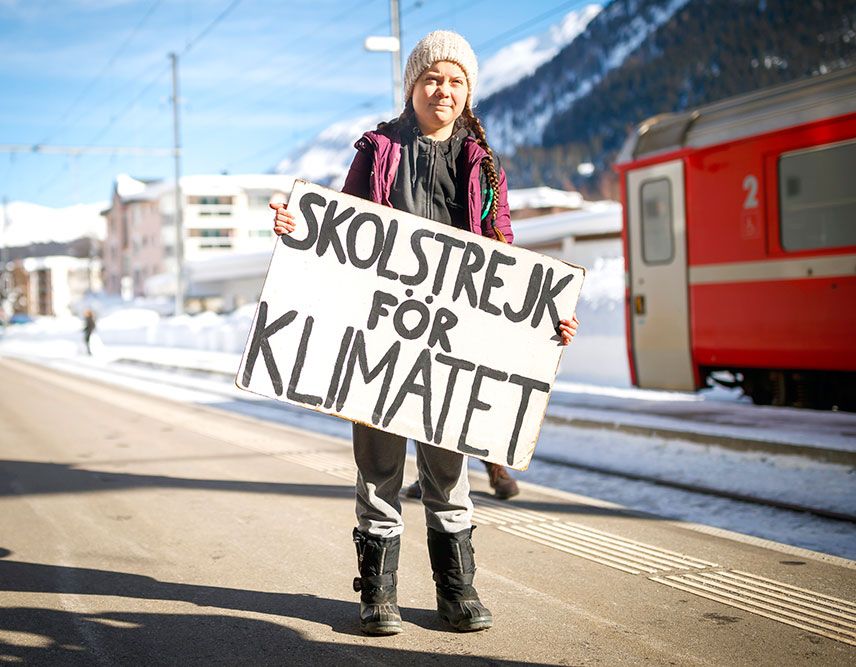 Climate Justice is Needed to Save the Planet

To stop the gallop to self-harm and destruction of the planet and our environment, there needs to be a huge change in lifestyle among humans. Citizens are to demand governments to give climate justice to those hurt by the environmental damage caused by wealthy nations.

The world is afire again. The flames heartbreakingly consume shrubs, trees and forests in Australia, Portugal, Brazil, and recently in California and Siberia and elsewhere too. The international community has reacted in protest to the hundreds of fires burning the Amazon rainforest. These are destroying the habitat of thousands of endangered species and the communities of indigenous people living in their ancestral lands and forests.

The naturally recurring forest fires can be helpful to the forests but man-made forest fires are too huge, frequent and overwhelming for the forest to recover and revive by a natural process. Deforestation is totally destructive and when primeval rainforests are cut, the loss is almost irreversible. Let us tell it as it is.

Business Interests
In Brazil, the Amazon is on fire. It is caused by farmers, business interests, settlers and development corporations that are cutting the trees and clearing forest to create pasture and raise cattle. The injustice to the indigenous people is enormous. Peace is not present while their lands are being burnt and deforested. From the Amazon to Peru and Chile, the destruction goes on.

In the Philippines, the Lumad indigenous peoples have lost much of their ancestral lands and forests to destructive mining and logging corporations. They are now a people under siege. The corporations owned by DM Consunji hire militia as armed security guards and enforce a disputed claim over the ancestral lands of the people.

In 1993, the government ignored the constitutional rights of the Lumad and issued a concession to the huge corporation to extract and exploit the natural resources on Lumad land. There are reported human rights violations and mysterious deaths of opponents of the mining and logging corporations.

In South America the loss of the vital forests to cattle-raising as the world eats more beef is of particular concern. The trees can absorb the industrial CO2 from factories, power plants and cars. The billion or more cattle raised for dairy and beef products on cleared forest land produce millions of tons of methane gas, whose effects in warming the planet and accelerating climate change is greater than carbon dioxide.

The melting of the Siberian bogs is releasing millions of tons of methane.  Then there is another dangerous greenhouse gas that is leaking from the world’s electrical supply grids. It is one of the most powerful and polluting gases. It is called sulphur hexafluoride FS6. Leaks of this gas into the atmosphere in 2017 are equivalent to the vehicle emissions of 1.3 million vehicles. The leaking has to be stopped. The urban poor suffer greatly from the toxic fumes from diesel carbon particles that float in polluted cities.

More Awareness
The good news is that more people are becoming aware of the dangers of climate change and the need for climate justice. More people are calling for change – political, social and environmental. Students are refusing to go to school on Fridays and protest instead. Thousands of people are marching and raising their collective voices.

The global warming is melting the Arctic ice sheet at an alarming rate. Scientists are astounded. This is causing the sea level to rise, sinking the island nations in the Pacific and bringing severe climate disruptions — causing droughts, floods, hurricanes. One instance is seen recently in the Bahamas where the island was practically wiped out by a massive storm. There is more to come. The towns and cities on the coasts will be inundated in the years to come. Those of Eastern England, Bangladesh, Pacific Islands and Florida are the most vulnerable and will be the first to go under.

There is no holding back the rise in ocean levels. Besides this, the polar bears, reindeer and the wildlife of the Arctic are increasingly under threat of extinction. The indigenous peoples suffer greatly due to the destruction and changes in their environment. We are at war with the planet and each other.

We humans yearn for peace and an end to war. We are the most powerful and aggressive species that dominate the environment and we are destroying it. The planet has evolved millions of creatures but none so destructive and dangerous as us humans. The high levels of human antagonism, distrust, fear and insecurity has led to confrontation between individuals, communities, and nations.

Peace is illusive. Even in the most economically developed countries division, violence and racial hatred are present. In Syria, Yemen, the Congo, Northern Nigeria, Afghanistan and the Middle East, war is a daily occurrence. If we are not killed by gun fire as in America, thousands die from opiate overdose.

Humans have beaten each other to death with deadly weapons for centuries. We have nuclear bombs now to bring about our own extinction. We must live with the fear of mutually assured destruction to survive. We are all responsible for causing pollution by extensive traveling, using non-recyclable plastic, unnecessarily buying imported foods instead of growing food locally and eating millions of tons of beef instead of more fruits and vegetables.

Implement The Paris Agreement
We can save the planet if governments implement the Paris Agreement to reduce emissions of CO2, methane and FS6 gasses. Changing to electric cars and renewable energy production are all important ways to combat climate change.  Of course, planting millions of trees is also essential to absorb the CO2. Here in the Philippines, we at the Preda Foundation have just completed planting almost 4,000 mango saplings and other species with the indigenous people across their ancestral lands in Zambales. People can join this tree planting by visiting our website www.preda.org.

Respecting the rights of the indigenous people to live on their own ancestral lands and protecting their forests is a human and legal right. If government respects the constitutional provisions and existing laws protecting the rights of the indigenous people, they will not renew the operating permits of many destructive, land-grabbing mining corporations. Gina Lopez, when she was secretary for the environment, did this. Her good work is now being reversed.

Overfishing has threatened the productivity and viability of ocean ecosystems around the globe since the late 1990s. In fact, 11 of the world’s 15 major fishing grounds were “seriously depleted,”…