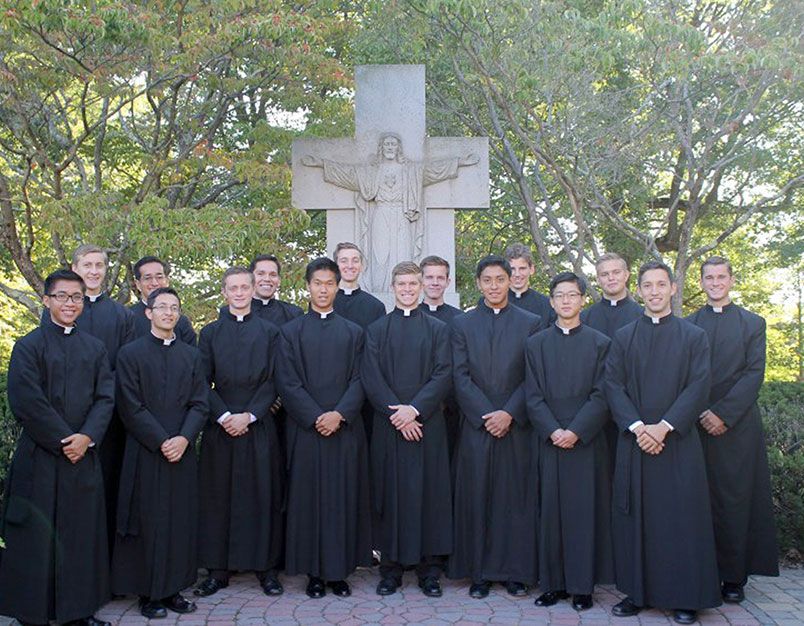 Love for Christ, love for Mary, love for souls, love for the Church, and love for the Pope: these five loves embrace the spirituality of the International Catholic Movement Regnum Christi, a kind of special force for the mission of the Catholic Church in the world.

In 1991, on the 50th anniversary of the foundation of the Legion of Christ–an international missionary group originally from Mexico– Pope John Paul II ordained a large group of 60 new priests in St. Peter’s Basilica in the Vatican. At the same time, the first world Regnum Christi event, representing the lay collaborators, was held in Rome, gathering thousands of members.

This extraordinary fruitfulness of the Legion of Christ was strangely joined with something that never happened in the century-old history of the Catholic Church: the charismatic founder, Fr. Marcial Maciel, was under a cloud of suspicion because of rumors of grave misconduct.

The Holy See had already undertaken an apostolic visitation of the Legion of Christ in 1956. Fr. Maciel was removed from being general director during that period. Three years later, in 1959, the investigation ended and Fr. Maciel was reinstated. However, the rumors continued and increased.

Eventually, he declined re-election in 2005. The Congregation for the Doctrine of the Faith, after investigating the accusations against Fr. Maciel, decided to invite him “to a reserved life of prayer and penance, renouncing all public ministry.” After three years Fr. Maciel died.

By then, the scandal had been unearthed in all its gravity and the whole Regnum Christi family was put under the supervision of a Delegate appointed by Benedict XVI. Pope Francis proceeded to revolutionize the Legion of Christ. Under the guidance of a Cardinal Visitor, the order’s complete restructuring was completed at its Extraordinary General Chapter in Rome in January 2014.

In this way, the Regnum Christi Catholic Movement, which has at its core the group of religious priests called Legion of Christ, continues its life and ministry with countless courageous and original initiatives all over the world.

Regnum Christi has a Christ-centered spirituality that is lived together in communion with all members (all four vocations), in union with the whole Church, and through the mission of building the Kingdom of Christ. Regnum Christi’s mission is to reveal Christ’s love to people, form them as apostles and launch them in their God-given mission.

The personal experience of Christ’s love produces in the hearts of Regnum Christi members an interior urgency to give themselves to their mission passionately, so as to make His Kingdom present: “The love of Christ impels us” (2 Corinthians 5:14). This passion results in a way of living that they call Militia Christi (Christian warfare).

A Variety Of Initiatives
Regnum Christi was founded out of the Legion of Christ and is directly related to it. Working with lay people is an essential part of the Legion’s apostolic methodology. The Legionaries carry out their apostolate above all with Regnum Christi members, forming them in human and Christian virtues, serving them with their priestly ministry, launching them in pastoral action, and uniting efforts in their shared mission, thus spurring on a great variety of works at the service of the Church.

This love of the Church leads many in Regnum Christi to speak of always being in step with the Church, neither ahead nor behind: a commitment to Catholic orthodoxy. It also explains the members’ special affection for the Pope, who is supported in his charism of primacy and magisterium.

Each year since 1994, Regnum Christi has organized “Mega-missions” in Mexico during Holy Week. In 2014, 18,000 missionaries participated, evangelizing in 2,000 rural communities. In the same year, 34,000 college students pursued degrees in 16 universities and institutes of higher learning in five countries, all founded by Regnum Christi.

In 2015 Fr. Eduardo Robles-Gil, general director of Regnum Christi and of the Legionaries of Christ, announced a jubilee year in thanksgiving for the 75th anniversary of the founding of the Legion and Regnum Christi. At that time, there were 23,500 members, 1,500 Legionary priests and about 600 consecrated men and women in more than 30 countries around the world.

In the sixties the Catholic Charismatic Renewal Movement went through the body of the Catholic Church, bringing vitality, joy and enthusiasm. By far the largest of the movements, it is still alive and…

Famous for its penchant for using the terminology of the Roman army, this movement is among the oldest. Today, its members total over ten million worldwide, making it the…