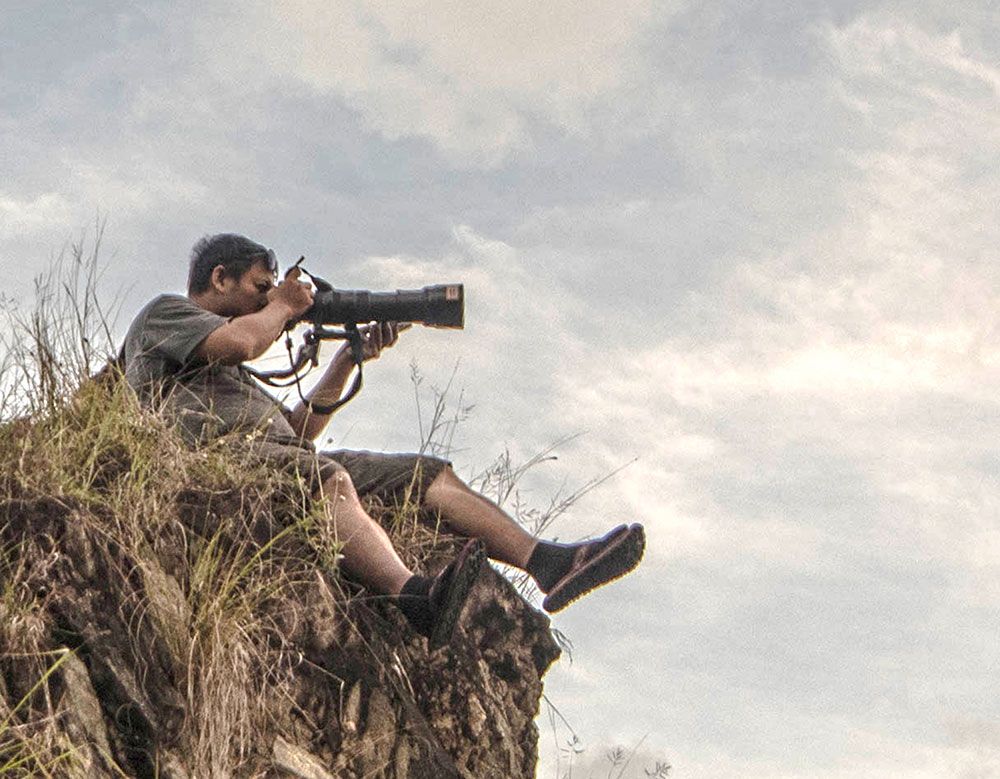 Priest Endeavors To Save Planet

When he is not busy in his ministry, Fr. Roneil Canillas travels around Eastern Samar to take photos of birds, which he calls “indicators of our environment’s integrity.”

Fr. Roneil Canillas believes that walking into the deep forest to take photographs of different bird species is an extension of his vocation as a Roman Catholic priest in the diocese of Borongan. “Birds are barometers of the earth. They are indicators of our environment’s integrity or the lack of it,” said the 44-year-old Canillas.

The lone member of the Wild Birds Photographers of the Philippines from Eastern Samar, Canillas finds photography a perfect diversion for those who wish to venture beyond traditional leisure activities and travel destinations, as it also allows people to commune with nature without distraction.

Canillas developed his love for the outdoors when he was a young boy, roaming the forests with his father beyond their farm in Giporlos, Eastern Samar. But his love for birdwatching started a decade ago and five years into the priesthood, when he came across an article that featured Canon Ambassador and birdwatcher Ely Teehankee. “I was touched by how a lay person can be awed by God’s lowly creatures like birds and their habitat that we usually take for granted,” Canillas said.

Sanctuary
From the backroads and wetlands of his parish assignments, his hobby brought him to the wildlife sanctuary and marshland of Agusan del Sur and the mountain ranges of Kitanglad in Bukidnon. But the canopy forest of Samar Island challenges him the most, especially with the confirmed sightings of the endangered Philippine eagle and Philippine cockatoo.

The island (divided into three provinces) is known for its biodiversity. It holds one of the largest remaining areas of intact forest in the Philippines and is home to the Philippine eagle (Pithecophaga jefferyi) and red-vented cockatoo (Cacatua haematuropygia).

Laudato Si’
When Pope Francis issued his landmark Laudato Si’ (Praise be to You: Care of our Common Home) encyclical on the environment in 2015, Canillas decided to make his pastime an advocacy. In his Facebook and YouTube accounts, he would repeatedly remind backpackers and mountaineers to observe the “leave-no-trace-behind” norm when it comes to disposing garbage properly.

While he seldom tackles the more complex issues of mining and illegal logging, Canillas believes that policy makers should tackle poverty to help ensure environmental conservation.

Many impoverished folks resort to kaingin or the still unchecked slash-and-burn method of clearing forests to sell coal and firewood. Some also trap birds and destroy nestling sites as a way to augment their income.

Witness
Canillas believes that his hobby is crucial to ecological issues, with the camera as a silent but potent witness to open the public’s eyes and stir up discussion leading to positive change. Some of his photos have been featured in avian magazines. His photographs hold greater significance in June, which is Philippine Environment Month.

The long hours of waiting for the perfect subject and angle leads Canillas to meditation and to the practice of patience. When Canillas is not documenting rare species of birds and taking snapshots of landscapes, he sells his picture frames and wall photos of birds online.

Just recently, he sold his collection to benefit the Mother Butler’s Guild of the Cathedral parish, as well as church workers whose homes were damaged by Typhoon “Ambo” in May.

A photographer, he said, must accept the possibility that every trip is rewarding, however it turns out. “We can’t have control of everything in life,” he said.  Published in Inquirer Visayas

Fr. Efren Borromeo has this gift of “seeing”. He can see through a person’s body, and knows what is wrong. He can see dead people. In fact, many come to him requesting for help and prayers.