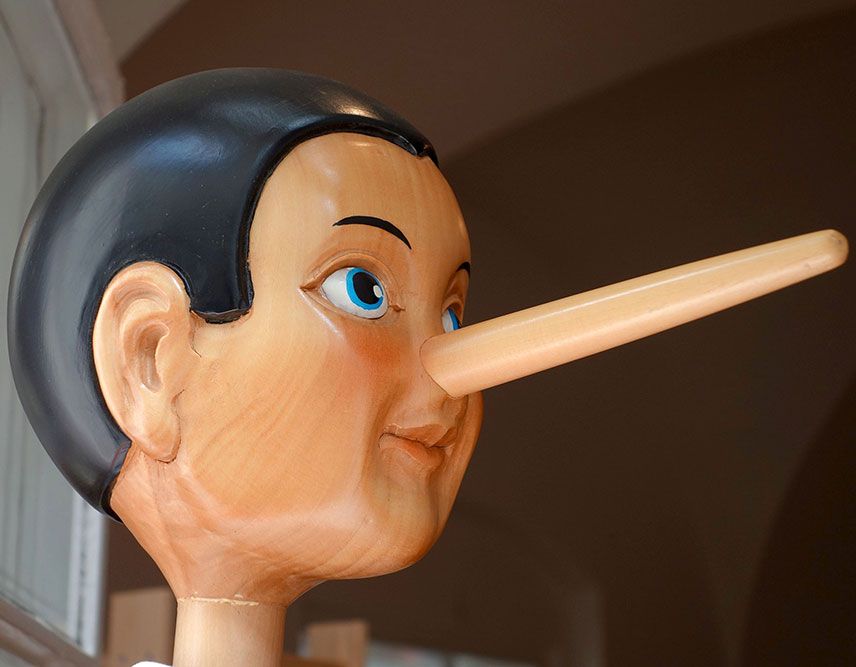 Making reference to the eighth Commandment, my mother often said: “If you do not have anything good, true and kind to tell about a person, then don’t say anything.” And from my father: “Stay away from hypocrisy, slander and defamation. In fact, they harden our hearts and poison our relationships with others.” These are important words of wisdom from my parents, shared for the education of their children and the people relating to them!

The Holy Scripture is very clear and strong in statements against false evidence that hurt people at all times. I present two episodes:

•    The first one is in Daniel, chapter 13. We are told that two elderly men lusted after a beautiful young lady. The refusal of the woman to give in to their lustful intent planted their desire to revenge in order to punish her for resisting their evil desires. The men used plot and calumny which would have led the judges to condemn her to death. The wise intervention of a young man saved the woman and led to the capital punishment of the two elderly men.

•    The second episode is in Acts, chapter 7: the martyrdom of Stephen. A great witness of Christ Jesus, Stephen proclaimed the mysteries of the Kingdom with such zeal and enthusiasm that his opponents could not resist his inspired wisdom. All the members of the council shouted and blocked their ears with their hands. When Stephen was filled with the Holy Spirit he said, “I can see heaven open and the Son of man standing at the right hand of God.” Then his opponents made a concerted rush to thrust him out of the city and stone him.  As they were stoning him, Stephen said in invocation, ‘Lord Jesus, receive my spirit’. Then he knelt down and said aloud, ‘Lord, do not hold this against them’. And with these words he fell asleep. Stephen had modeled his life on the life of Jesus and was killed because of false accusations.

Speaking on this Commandment, Pope Francis said: “To live with false communication is serious because it impedes relationships and impedes love. In fact, where there are lies, there can be no love.” And regarding gossip: “How much gossip destroys communion by inopportune comments or lack of sensitivity. Indeed gossip kills”.

Summarizing what the Catechism of the Catholic Church says, I write:

The eighth Commandment forbids: false witness, perjury, rash judgment, detraction, calumny, boasting, irony, lying and every word or attitude which by flattery, adulation or complaisance encourages another in malicious and perverse conduct.

The Commandment requires: to have an unconditional love for the truth and to direct life in accordance to the demands of the truth; to have respect for the reputation of people in the field of communication and information; to keep professional secrets; to have an appropriate reverence concerning persons’ private lives, and to understand that an offence committed against the truth requires reparation.

These are some points I consider particularly important in society these days:

1. The eighth Commandment has a great and peculiar value not only in a religious context but also in the delicate and precise judicial sector of our society. The administration and correct functioning of justice in our law courts should be considered a must by all.

2. Reparation and asking for forgiveness for behaviors which are against this Commandment are required for the restoration of healthy relationships. In 1999 Saint Pope John Paul II gave a great witness promoting this value. Going against the disapproval of many Cardinals and the perplexity of some theologians, he pronounced a prayer considered ‘revolutionary’ by many: ‘O God, forgive us for the times we have crucified the Jewish people through many generations.’

3.  It is extremely important for us to accustom ourselves to speak well of our brothers and sisters, aiming at discovering and  bringing out what is good, admirable, beautiful and true in others. To speak well of them after they die is too late.

I hope and pray that all of us may keep the eighth Commandment within the context of love; that we may love each other the way Jesus loves us.

It is wonderful to see the happiness and freedom enjoyed by the many children that have recovered from the trauma of domestic sexual abuse. Freedom from fear and abuse is the result of the therapeutic…

Faced with an escalation of repression, the Church continues to use its parishes and pulpits in defense of the oppressed. For this, it is paying a high price with continuous harassment of spiritual…

In Old Age, They Will Still Bear Fruit

Older people are making invaluable contributions to their community, family, and parish. The Church values the elderly’s apostolate and provides them with pastoral care and support.