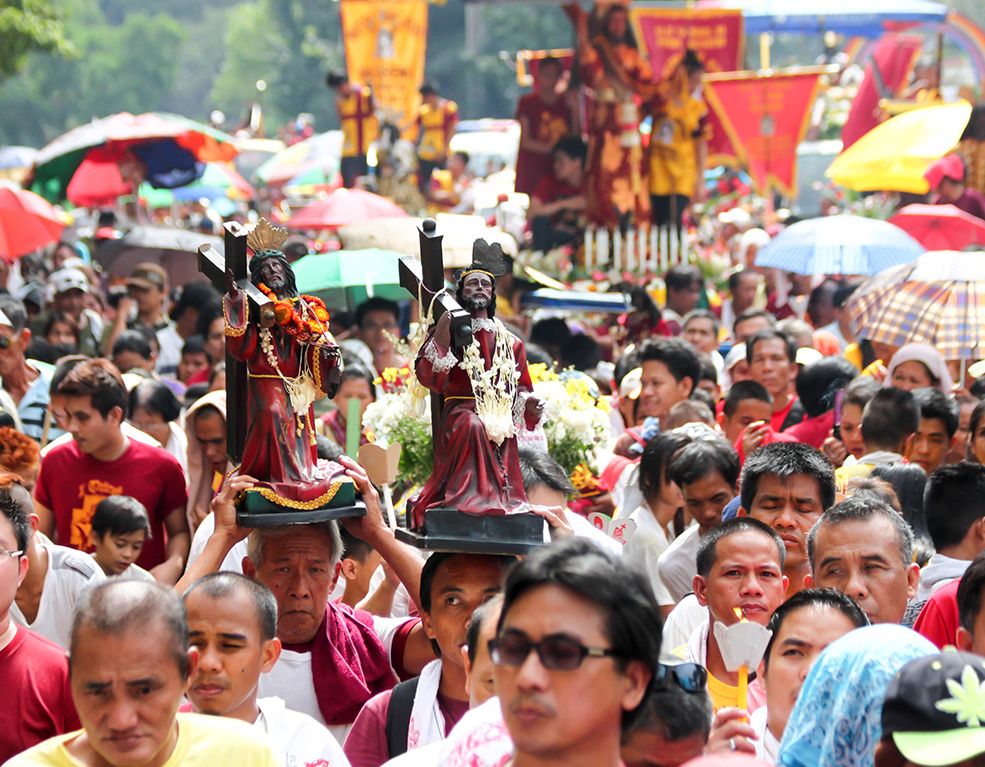 Sr. Mary Catherine Loreto, Sr. Mary Conception Conti, Sr. Mary Consuelo Chuidian, and Sr. Mary Virginia Gonzaga, Good Shepherd Sisters (RGS), in 1983, were on board the ferry M/V Dona Cassandra when it sank off the North-Eastern Mindanao coast. These women of God did something brave and heroic. At sea, as the ship was sinking, they prayed, distributed life vests, helped women and children, and gave instructions to the other passengers on what to do, completely forgetful of their safety.

On land, they had been fearless female religious and rural missionaries who worked among the oppressed, the indigenous, the farmers, and Muslims in remote areas of Mindanao. In life, they were street parliamentarians, health providers, counselors, and educators. In death, they were witnesses of the supreme sacrifice of Jesus of the Cross.

Like many thousands of others throughout the centuries, they continued what the early Spanish missionaries achieved, the Spanish Friars who were the “real conquerors; they who, without any arms than their virtues, gained over the will of the islanders,” (from the narrative of Tomàs de Comyn) and with bare hands planted the master seed of the Gospel in our midst.

A Necessary Distinction
To critics who see the coming of Christianity as “the start of the country’s subjugation,” Bishop Pablo David counters that through time, Filipinos have learned to distinguish between the Christian faith and Spanish colonialism. He cited the three Filipino clergymen: Fathers Mariano Gomez, José Burgos, and Jacinto Zamora, collectively known as Gomburza, as among the patriots who had shed their blood in the struggle against the Spaniards.

“At some point, the faith that Filipinos had embraced was no longer alien to them. It had succeeded in taking root in the fertile ground of our innate spirituality,” Bishop David said. But still, not everybody can make the distinction between the two; even clever people fail to see the wisdom of the distinction.

The National Hero José Rizal, and contemporary outstanding writer and poet Nick Joaquin, have embodied this wisdom. José Rizal, the National Hero, himself had made that distinction; otherwise, he would not have dedicated his second novel to the Gomburza.

Like Padre Burgos and Padre Pelàez, the National Hero fought for reforms with his pen. In front of extreme threat, in the morning of the execution, he attended mass, received communion, recited the rosary with his family, and died reconciled with God and his enemies.

Culture And Reality
Monsignor Sabino Vengco believes that the Christian faith has not lodged deeply in the Filipino psyche: “We have been nominally Catholic since the Spanish period. It is never a case of conversion but rather political accommodation. There is not much depth in our faith. We are satisfied with what is superficial.”

Others often ask as to why our Christianity doesn’t seem to make a difference in our attitudes towards extra-judicial killings, human rights, and corruption in high places. The answer- they say- is that there is a great disconnect between private piety and public duty because Christianity has yet to be made at home in our context.

These people have a too simplistic view of life. The relationship between culture and reality is complex and any easy, too clear-cut answer is misleading.

Nick Joaquin
The problem of identity was central in Nick Joaquín’s works. Already this is present in La Naval de Manila which tells of a Manila religious celebration built on the tradition that the Blessed Virgin had miraculously intervened in the Spanish victory over a Dutch invasion fleet in 1646.

The work sets forth a major theme Joaquín would develop in the years ahead: that the Filipino nation was formed in the matrix of Spanish colonialism and Catholic devotion and that it was important for Filipinos to appreciate their Spanish past. He wrote: “The content of our national destiny is ours to create, but the basic form, the temper, the physiognomy, Spain created for us.”

This peaceful appreciation of the contribution of the Catholic religion did not blind Joaquin who wrote: “The Christian Filipino winces when he hears his country described as the only Christian nation in the Far East. He looks around, sees only greed, graft, vileness, and violence. Questioning the value of religious instruction, he sneers, is this Christianity?” We can remember the definition of a famous writer about Italy: “This Catholic country that struggles to be Christian.”

This tension between culture and reality in living the faith is a common problem and doesn’t allow a simple solution. Bishop Caccia, while papal nuncio in the Philippines, asked us, a gathering of missionaries: “According to you, what makes the Filipino people, a Catholic country?”

The answer was: the devotions, i.e. the successful enculturation of the Christian message in the communal manifestations of the Filipino people. Popular religion is not to be underestimated. When it disappears, the faith often disappears as well.

Dentist by Profession, Missionary by Vocation

Catalina Lucman, or Dentist Bambi as she is fondly called by her family and friends, is a dentist in the morning and a catechist in the evening. Despite her busy schedule, she is still able to allot…

Through skills training and values formation, Don Bosco TVET Centers across the country are empowering disadvantaged Filipino youths to rise above poverty thereby giving them a chance to a better…

Sr. Nenet Daño, a Good Shepherd sister and licensed social worker, has passionately undertaken the task of helping drug users and pushers, in an attempt to protect them from imminent death following…