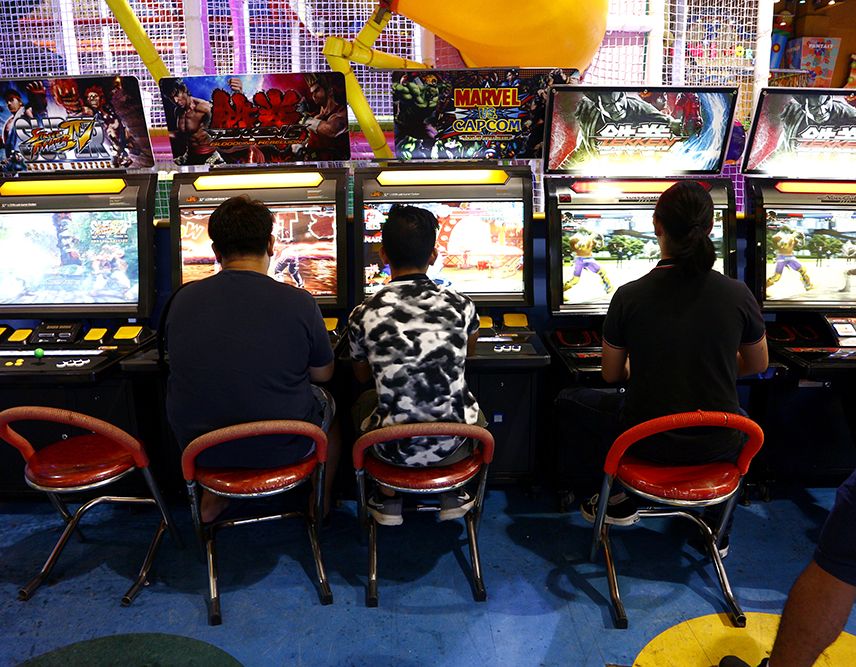 COVID-19 has virtually brought the entire human race to a halt. Worldwide, regulations encouraging self-isolation and lockdowns have been implemented to counter this trend. And in the midst of it all, one unlikely player revealed that human perseverance prevails: online games.

The spread of COVID-19 has resulted in a worldwide health emergency that has profoundly altered the way in which we understand the world and go about our daily lives. The rate of infection and the patterns of transmission have posed a threat to our sense of control, requiring us to maintain social and physical distance from one another.

As a result, we were unable to find comfort in the company of others. However, an unlikely champion emerged to offset the negative effects of isolation–online games.

Online games not only let you play against other people from around the world, but they also give you a place to gather with your loved ones virtually. Playing online games has shown to have a variety of advantageous consequences.

Research of 700 players from Edge Hill University and the University of York indicated that people who play multiplayer online games feel more socially accepted, experience less loneliness, and have a higher self-perception.

Online games push players to collaborate toward a common goal that can foster brotherhood. These games can teach new skills and improve existing ones.

Not only do gamers engage in head-to-head competition against complete strangers on the internet, but they also cultivate authentic and long-lasting relationships with one another.

“Virtual spaces” provide users with the possibility to quickly connect with one another and establish relationships. This is made possible by the fact that the vast majority of online games allow some kind of in-game chat, either in the form of voice or text-based communication.

At present, watching live streams of game sessions no longer requires you to wait in your friend’s living room and watch the game. Many successful game streamers, who form part of the gaming industry, make their gaming sessions a collaborative experience by encouraging the audience to help them make decisions in-game, thereby simulating the feeling of being a backseat player for their colleagues.

Drawbacks
Unfortunately, these benefits come with their own set of drawbacks that affects a person’s body and mind. According to research published in the Journal of Clinical Nutrition, playing online games is associated with increased food intake, independent of feelings of hunger.

This can contribute to obesity in both adolescents and adults. Another common complaint among gamers is eye strain, which makes it hard to concentrate and gives you headaches often.

The WHO included Internet Gaming Disorder (IGD) in its 2018 worldwide classification of diseases. When a person prioritizes gaming over their life and mental health, this problem arises.

As stated by the American Psychological Association, a person is considered to have IGD if they meet at least five of the following criteria during the course of one year:
•    Preoccupation with gaming
•    Withdrawal symptoms when gaming is taken away or not possible (sadness, anxiety, irritability)
•    The need to spend more time gaming to satisfy the urge
•    Inability to reduce playing, unsuccessful attempts to quit gaming
•    Giving up other activities, loss of interest in previously enjoyed activities due to gaming
•    Continuing to game despite problems
•    Deceiving family members or others about the amount of time spent on gaming
•    The use of gaming to relieve negative moods, such as guilt or hopelessness
•    Risk, having jeopardized or lost a job or relationship due to gaming

While it may appear that excessive gaming is a cause for alarm, WHO contends that gaming may play a significant part in fostering our interactions with one another when used reasonably.

Similarly, mental health professionals are recognizing the significance of virtual relationships, connections, and community and are identifying psychological and social advantages of gaming across generations.

The pandemic has spurred digitization in several fields, including e-sports and gaming in the Philippines. Internet shopping, working from home, and virtual learning have also boosted online gaming in recent years.

According to studies, 43 million gamers were the driving force behind the gaming industry’s phenomenal growth in the Philippines and the remainder of Southeast Asia. As an unlikely consequence of the COVID-19 outbreak, the Philippines’ online gaming market grew toward a consumption rate of over 40%.

By the end of the decade, the Philippines’ gaming revenue should grow faster than in previous years. Filipino youths are increasingly gaming on consoles and cell phones. Many people play online games on mobile phones, but consoles remain popular.

Low-cost devices and wireless internet have helped this development. Mobile gaming will bring in $1.52 billion by 2025, according to forecasts.

Deputy Executive Director of the Philippine E-sports Organization (PESO), Marlon Marcelo, believes that online gaming may be divided into two categories: casual gamers and e-sports competitors. A subset of online gaming in which “the world’s best players fight against one another for the worldwide championship,” Marcelo highlighted in his explanation.

The second largest group of Filipino gamers was between the ages of 18 and 24. With a median age of 25, this shows that the average Filipino gamer is a young adult male.

People in many nations, including the Philippines, choose to play online games on mobile devices. 74% of online gamers in the Philippines use smartphones, 65% use desktop computers, and 45% use classic consoles. Mobile and PC gamers each spend two to three hours every day on online games.

The Philippines has also developed a reputation as a powerful competitor in electronic sports tournaments in recent years. MOBAs (Multiplayer Online Battle Arena), first-person shooter and fighting games, are a few of the popular forms of online multiplayer competition.

For casual Filipino gamers, one billion copies of the smartphone game Subway Surfers were downloaded from Google Play in the Philippines by the end of June 2022, making it the country’s most popular mobile game overall. The Bucket Crusher game, on the other hand, garnered around one million downloads.

Online gaming has developed among Filipinos, with some opting to compete before a broader audience and more views. Filipino gamers who stream on Facebook or Twitter are another sort.

The pandemic not only made the Philippines a haven for those who streamed online games, but it also cleared the way for people who wanted to compete in online games to showcase their talent and abilities.

Game Economy
The recent easing of COVID-19 regulations has led to an increase in the Philippines’ gross gaming revenue (GGR). It is anticipated that the Philippine GGR will surpass $2 billion this year.

Filipino gaming has immense potential. Due to competition in the gaming industry’s labor market, employees can expect comparable earnings to their peers in other nations. The Philippines’ tax regime favors the gambling industry, allowing participants to develop their own business models. The creative part of the Philippine game business is booming.

Non-fungible tokens and cryptocurrency have been increasing in popularity in the Philippines, the former being a mode of acquiring ownership over digital art and the latter being a form of currency online; Axie Infinity is a game fueled by both.

In 2021, 40% of Axie Infinity’s users were Filipinos who used the game to make a living; these games frequently encourage players to achieve in-game objectives to earn cryptocurrencies, which can then be exchanged for real-world currency. Multiple Filipinos were angered by the unregulated game, which left players miserable and in debt as the virtual economy of the game collapsed.

E-sports is now officially recognized as a form of competition in the United States for the same reason that traditional sports are. In 2017, the Philippine Games and Amusement Board (GAB) gave its approval and authorization to the aforementioned endeavor. In addition, the government demonstrated its support by becoming a tournament sponsor, demonstrating its level of dedication.

In order to predict the future of this industry, it is essential to determine why it has become such a vital source of income in the past years. As the virus spread around the world, people sought methods to occupy themselves and maintain social relationships. Gaming is regarded as a solitary and socially awkward activity. As evidenced by the pandemic, it has been demonstrated that this is far from reality.

For over two decades, the indigenous people (IP) of Mindanao, Philippines, have been fighting for the salvation of their ancestral lands. For the past five-and-a-half years, 70 IPs have died. Rich in…

Christians and Muslims in prayer

Last July, Muslims attended Sunday Mass across France to show solidarity in denouncing the killing of an elderly priest in a church by two terrorists. The interfaith celebration signaled the need for…