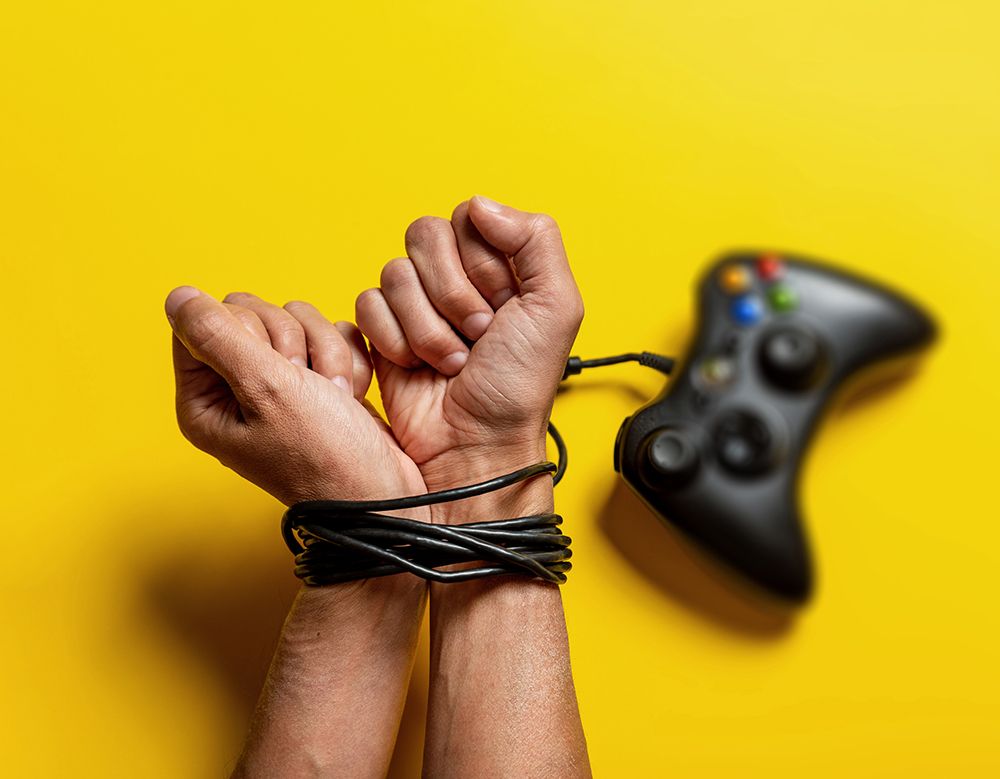 To Play or not to Play?

The psychological need to be in groups, be it virtual or real, plays a strong motivating factor for young people to engage in online gaming. Nonetheless, virtual interaction with others oftentimes becomes more important than real-life relationships which can lead to gaming disorders.

The present generation is witness to the strong impact of technology in our lives. Technology has invaded the family’s living room, kitchen, and even bedrooms of each and every member of the household. Just like a magnet, the internet has successfully enticed most of us to surf the net and at times we forget what really matters.

Even playing has become too highly technological and less physically challenging for most children. Gone are the days when boys and girls would run as fast as they can to play hide and seek, and even other popular local games such as patintero, habulan, or tumbang preso.

Now we see kids as young as five years old playing educational computer games that can easily translate into internet gaming when they reach adolescence. We see parents giving their kids a cellphone where they can listen to educational songs or play games while they are busy with Facebook, Instagram, and Twitter, sending messages to friends, and updating themselves with the latest news; they become too busy with the cellphone that they often sacrifice quality time with their kids.

The sad part is that studies cited in Wikipedia have shown that most gamers are Asian males under the age of 18. Most of them tend to suffer from sleep disturbances and high neuroticism. High impulsivity and aggressiveness were consistently found to be significant predictors of internet gaming addiction.

In the local setting, a study conducted by Gulbe, et al suggests that the psychological need to be in groups, be it virtual or real, played a strong motivating factor for students to engage in online gaming. This confirms the contention of Griffiths that when playing internet games, psycho-social dependence, or the need to belong, is very much present in internet gaming and serves as a strong motivating factor.

Likewise, Hagedorn & Young suggest that gamers usually get addicted to internet games because of the opportunity to interact with others, oftentimes becoming more important than real-life relationships.

The World Health Organization, in its International Classification of Diseases–11(ICD-11) recognizes it as a diagnosable mental health condition with lack of self-control over gaming as its main criterion. The American Psychiatric Association, however, believes that further study should be made before it can be included in the Diagnostic and Statistical Manual of Mental Disorders (DSM 5).

Truth of the matter, there is still an ongoing debate as to what Internet Gaming Addiction, Internet Gaming Disorder, or video game addiction, really is. For instance, while some believe that internet gaming players may experience some symptoms of pathological gaming, Barnett and Coulson, as cited in Wikipedia, believes that society and scholars do not seem to have a common understanding of the internet games and the gamers themselves.

Symptoms
There is further agreement among studies that internet gaming disorder is mainly defined by three features: 1. Withdrawal; 2. Loss of control; and 3. Conflict. Nonetheless, amidst these uncertainties, as quoted in PsychCentral, both World Health Organization’s ICD–11 and American Psychiatric Association’s DSM-5 agree that internet gaming disorder is characterized by the following behaviors lasting for 12 months or longer:
•    Lack of control over time spent gaming
•    Prioritizing gaming over other interests, important tasks, and daily responsibilities
•    Continued or escalated gaming despite negative consequences
•    Significantly impaired functioning in personal, family, social, work, or school life
•    Denying or concealing gaming habits or the amount of time spent playing
•    Using video games to escape negative emotions

Likewise, Doyle L. Raymer, Jr., in Counseling Today, quotes the DSM-5 stating that the presence of five or more of the following symptoms over the period of 12 months characterizes such behavior as concerning and maladaptive:
1.    Preoccupation with internet games
2.    Withdrawal symptoms such as irritability, anxiety, and sadness
3.    Tolerance or the need to increase time in gaming
4.    Unsuccessful attempts to stop gaming
5.    Loss of interest in other activities
6.    Psycho-social problems due to excessive gaming
7.    Deceiving family members, therapists, or others on the amount of time spent gaming
8.    Use of internet gaming to escape or relieve negative moods
9.    Jeopardizing or losing a significant relationship, education, job, or career opportunity because of online gaming

Find Balance
So, what do we do now? Dr. Elizabeth Milovidov, JD, a Law professor and Digital Parenting Expert, suggests that parents and carers should try to achieve a balance between tech time and games in their homes and find creative ways to balance tech and outdoor activities. Furthermore, Lauren Urban, LCSW, and Megaera Lorenz, PhD of Psychological Health, suggest the following guidelines in dealing with internet gaming addiction:

Set limits on access to games
For instance, you may want to give yourself a strict time limit for playing games or try using apps/ extensions that will block your access to these games. Asking friends and family members to help you stop by diverting your mind to other activities often works.

Establish a healthier routine
Engage in other activities such as exercises, sports and self-care. This, in a way, will keep your mind focused on necessary and healthier tasks.

Recognize a video game addiction
Nothing is more important than being honest with ourselves. Are you using the game to escape your problems? Are you beginning to have obsessive thoughts about the game? Do you begin to feel restless or irritable when you try to stop playing? Is it beginning to create problems in other areas of your life?

And, if I may add, looking for an activity that can completely catch the interest of the gamer is definitely encouraged. For instance, engaging in exercises, whether indoors or outdoors, has been found to be very effective. It not only makes the person physically fit but also psychologically stable. It gives the person a sense of commitment and accomplishment. Playing board games such as the all-time famous monopoly or scrabble with family and friends can be another alternative.

Not only does it enhance one’s cognitive skills but also interpersonal skills. You gain more friends through playing board games. One can also engage in any sports like swimming, basketball, and badminton, to name a few. When one plans to quit playing internet gaming or video games, what is really important is to fill in the void of emptiness with an activity that is as attractive and enticing as the internet gaming activity itself for the person. Otherwise, attempts to do so may actually fail. And failing after several attempts may not really be good for the person. If one fails over and over, I guess it is about time for the gamer to consult a life coach, guidance counselor, psychologist or even a psychiatrist for that matter.

The Philippines’ distinctly “pro-life” culture is facing challenges from ideologies and governments imposing contraception, abortion, euthanasia and the execution of offenders. And yet, groups of…

War in Ukraine, Hunger in the World

By interrupting the supply chain of grain and fertilizers for agriculture, the Russian invasion of Ukraine is creating a global food crisis that will affect hundreds of millions of people, especially…