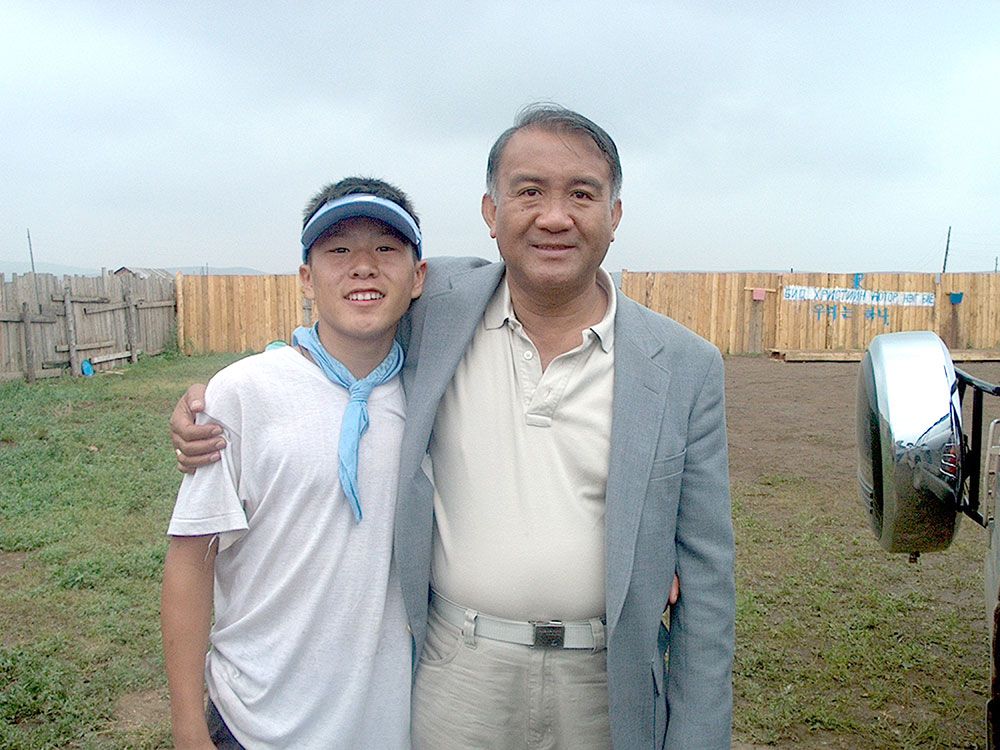 The Church of Mongolia is celebrating its 25th year. Among those who helped establish Catholicism in the country is a Filipino. We got to talk with the Bishop of Mongolia, Wenceslao Selga Padilla and he tells us of the challenges that they faced.

On July 10, 1992, three missionaries of the Immaculate Heart of Mary arrived in the country of blue skies. The three men, Father Wenceslao Padilla, Father Robert Goessens, and Father Gilbert Sales were the first Catholic missionaries who arrived at the predominantly Buddhist country.

It was back in the 6th century when Catholicism first touched Mongolian soil. However, with the fall of the Yuan dynasty, instead of flourishing, the Catholic faith vanished. In the mid-19th century, missionary activity started again. Nevertheless, the rise of communism served as a major roadblock for the religion to grow. But in the early 1990’s Mongolia became a democratic country; and the newly established government sought diplomatic relations with the Holy See. With this, Catholic missionaries were once again welcomed.

With a shaky history in establishing Catholicism in the country, the two Filipinos and one Belgian visibly succeeded in their task to establish good relations with the locals. This year, 2017, marks the silver jubilee of the Catholic Church in Mongolia. Although two of the religious have already left after years there, (with Goessens going back to Japan and Sales now serving as president of Saint Louis University in Baguio City), Padilla remained and was even appointed the titular Bishop of Mongolia.

Beginnings
The first year of re-establishing Catholicism had its trials. The three priests were no novices, as they have been to different missions before. Goessens in Japan, Sales in Hong Kong, and Padilla in Taiwan. However, Mongolia proved to be a different undertaking. Bishop Padilla remembers the problems. One was the weather, with temperatures as low as -47’C in deep winter and +37’C in summer. Another was the language, since the Mongols speak a language that belongs to the altaic languages which the religious found hard to pronounce as it is also guttural.

Apart from these, the missionaries encountered other problems, such as living with a completely different culture. Bishop Padilla shared, “the Mongolian people are known to be nomads. They cling to a nomadic culture that is characterized by movement from one place to another, following their animals going to where there are greener pastures. This way of existence also affects their ways of thinking and relating. The people live in gers – traditional tent dwellings which has lots of spiritual or religious signification. The circular structure and construction represents unity in family life. Their clothes (del) are characteristic of the place and adapted to extreme weather conditions.”

Buddhist nation
Moreover, there was the dilemma of bringing the faith to people who already have a different set of beliefs. Padilla explains, “they are a very spiritual people trying to befriend or fear the spirits that they think are present in nature. This can be perceived in the abundance of rock or stone piles on hill tops or mountain tops. These piles of stones are further adorned by silk cloths (usually in blue). Mongolia is predominantly a Buddhist nation having been influenced by Tibetan buddhists. Alongside with Buddhism is the strong Shamanistic tendencies of the people.”

Slowly, the missionaries worked their way to the consciousness of the Mongols. They pursued to understand the culture, studied their language and learned to eat their food. It is not only the Mongolians who received them as “we enrich ourselves with the beauty of their culture and civilization,” Padilla said. “Learning, adjusting, inculturating, and above all, being patient with all these challenges are the ways to be at home to such a country and people.”

The Filipino bishop revealed that they adopted a “come and see” attitude. He adds, “we made ourselves available in encountering people. Openness, availability, welcoming friendship are attitudes that are attractive and comfortable to Mongolians.”

Also, the priests lived by the teachings of our Lord as they reached out to the people by visiting the poor. Padilla recalled, “Our first social work initiative was to address the plight of the street children as they swarmed the city streets and spent the nights in manholes where they could get warm especially in winter.”

He added, “we tried our best to expose ourselves to the concrete realities of the people especially the poor. From such contacts, we took initiatives to serve and help them in their needs.”

Dawn of democracy
Furthermore, the newly established democratic regime served as a grand opportunity to the Catholic missionaries. Padilla disclosed, “during the communist regime, a ‘spiritual vacuum’ was perceived in people’s’ lives. They were not free. Freedom of expression was limited. At the dawn of democracy, however, the people, especially the youth, were hungry to explore and learn new things. As the Catholic faith is new to them, the people were attracted to what this religion can offer. Thus preaching by doing or witnessing is a tool we resorted to, to propagate the faith and gospel values.”

As the Mongolians’ interest grew, doctrinal classes were soon organized to cater to those who wished to join the Church fold. More missionaries started coming in and gradually the Church in the country grew. What started with just three missionaries, there are now 78 missionaries from 11 religious congregations in seven parishes around the country. In fact, the first indigenous priest was ordained last year. More and more baptized people – there are around 1,300 of them – have shown interest on how they could be more involved and how they can play an active role in the Church.

Padilla proudly states, “some have even been sent abroad for studies to be catechists and religious educators. We now have a team of catechists and pastoral workers.”

With a growing Church, the religious in Mongolia handles the soup kitchens, street children centers, homes for the elderly, a center for handicapped children, schools, libraries, and more.

“The Church works as a whole,” the Bishop related. “We try to help alleviate the misery of people, especially the poor, in the different fields that the missionaries, collaborators, and faithful are involved. If Social Welfare is to promote the wellbeing of the entire society, the Catholic Church is concerned with the quality of life channelled through social services, as well as religious and spiritual aspects of life.”

The Bishop said in his statement to commemorate the 25th year, “the silver jubilee celebration of our Catholic Church is to manifest our gratitude and praises to God’s graciousness, loving kindness, and unfailing compassion. We thank Him because His fidelity and generosity is beyond compare.”

“At this point, I can truly say, and I want to cry out to the world the words of the prophet Isaiah: 'Give praise to the Lord, proclaim His name, let His name be honoured, give word of His doings among the peoples, say that His name is lifted up' (Isaiah 12: 4).” Bishop Padilla adds, “The God of our fathers has been truly rich in grace and in loving.  He protected and guided us in every step of our path of faith with our small community of believers in Mongolia.”

Optimism for the future
“Personally, I honestly feel that the bygone years with its successes and failures were moments of grace where God has shown His faithfulness. He didn’t leave me on my own. And thus I can attest that: “The Lord is my strength and my shield, my heart trusts in Him, and He helps me”. And so, “My heart leaps for joy, and with my song, I praise Him.”(Ps. 28:7),” the bishop stated.

With 25 years of preaching in the country of blue skies, the Filipino Bishop thanks the Lord and prays that the small community of Catholics will expand from its 0.04% of the total population.

“We continue to do the works and projects that are already ongoing. We hope that we’ll have more local vocations,” concludes Bishop Padilla. “We need to strengthen the ongoing formation of the missionaries and the faithful and believers in the fields of theology, scriptures and social works.”

Dentist by Profession, Missionary by Vocation

Catalina Lucman, or Dentist Bambi as she is fondly called by her family and friends, is a dentist in the morning and a catechist in the evening. Despite her busy schedule, she is still able to allot…

Just Do It: Julianne Torres

A stay-at-home mother pursues her dream of joining a noontime contest Reina ng Tahanan. She shares how she has overcome the virus and continues to raise faith-driven kids.