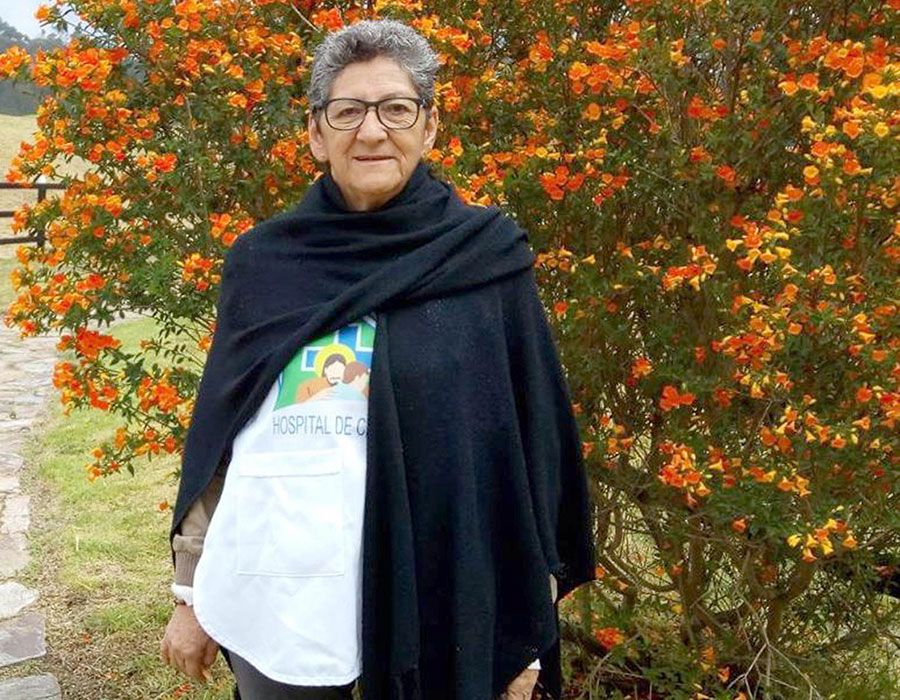 Pastora Mira Garcia is best-known in Colombia for her example of forgiveness in the face of hatred and violence. In September 2017, when Pope Francis visited the country, Pastora was chosen to narrate her commitment to “love one another.” Here is her story.

On April 4, 1960, my father, Francisco Mira, was assassinated by political rivals. I was four years old when I was forced to witness his murder. They shot my father and then cut off his head. In 1999, when rebels broke into our neighbor’s house, my mother suffered a heart attack and died.

In 2001, my daughter Paola went with my five-year-old granddaughter to work in a rural school when they were abducted by an armed group. Two days later they returned the little girl. But we remained wondering as to what had happened to my daughter Paola. After seven years we were able to recover her body.

My younger brother was also kidnapped, and neither he nor the people accompanying him were ever found. On May 4, 2005, an illegal armed group took my 18-year-old son and kept him for 15 days. Then they killed him and left his body by the roadside. At that moment I said, “Lord, I give my son back to you.”

No Revenge
Before my mother died, I went to work in a village where I heard the name of my father’s assassin. I asked my mother if he was the man who killed my dad, and she said, “Yes, my daughter, but we have no right to revenge on him.” It took me some time to search for the whereabouts of the killer. When I finally found him and arrived at his house, I only found the remains of a shattered human being.

I left him and I cried all the way back home. However, I took the decision to visit him often, along with some people who used to visit the sick so as to help him to heal, to bring him food and clothing.

One day, when the mother of my father’s murderer asked him, “Do you know this person who has been caring for you? She is the daughter of Francisco Mira whom you killed. He was never able to look me in the eyes again. I then understood that guilt is worse than pain.”

One day, on my way home I saw a young man from an illegal armed group wounded and crying with excruciating pain. I took him home. I gave him some food and coffee, some shorts and a shirt of my son. A friend who was a nurse came to treat him.

Emotional And Spiritual Healing
As the young man leaned against my son’s bed, he saw the pictures of him on the wall and he asked, “Why are there photos of this guy that we killed a few days ago?” My daughters and I were shocked and the young man began to cry.

He went to a hospital to seek treatment and in August of that same year he returned, demobilized and disarmed. When he came to visit me, he always called me “Mom.” In December he died in a drug-related incident.

When his mother came to collect the body, I had the opportunity to help her carry the corpse. There is a fundamental principle: love one another – “Lord, whoever has struck me, forgive him. Heal me so that through your forgiveness I may look into his eyes like any human being prone to make mistakes.”

Currently, Pastora dedicates her life to CARE, which means Centro de Acercamiento para la Reconciliación, an organization she founded 13 years ago to discover different ways to promote reconciliation between victims and murderers. Pastora is convinced that the best way to achieve social integration is for all combatants to know what happened, which is the basis of genuine emotional and spiritual healing. Text first published by Aid to the Church In Need