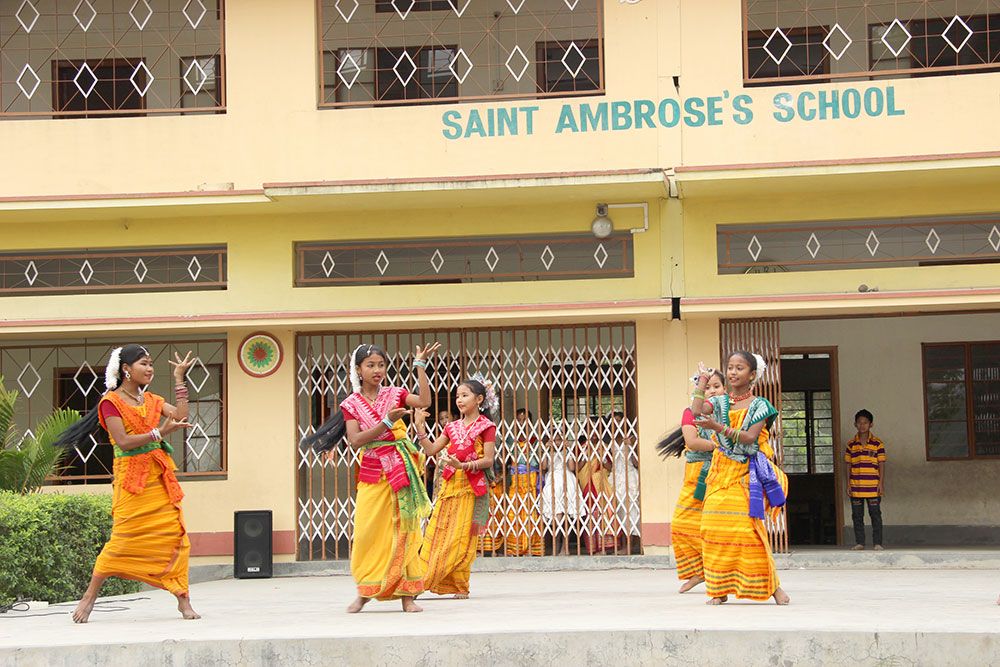 From being a tiny minority, the Church in the Northeast region of India has grown exponentially since the beginning of last century. Today, it comprises about two million Catholics with 15 dioceses. The early missionaries’ patient evangelization partly contributed to this success story.

The first missionaries in Northeastern India adapted themselves to the people and their culture amidst hardships and difficulties, and their words had persuasive power with the villagers. People from the most interior places came forward to accept Christianity. Frequent visits to the communities and intense relationships with people made a big difference.

Priests and sisters moved from village to village, stayed among the people, visited homes and educated the community in their faith. They took a number of young people into hostels and gave them a more systematic training in Christian teachings and traditions as they pursued their studies. Catechists deepened the faith of the people in their own homes. They moved to new villages, approached new families and communities, shared the Gospel in intimate exchanges, and invited them to accept the message if they found it acceptable. And many did accept the message.

From very early times there were associations for youth, mothers, parents, and other specific groups. Meetings and training programs were held every month for the catechists, retreats and other animation events for different categories of the laity every year, and also for the parish as a whole. The annual parish feast was not only a celebration but also a three-day reflection on Christian teaching. The marriage preparation course lasted ten days or longer.

There were continuous programs in parishes all through the dry season so that one could move from one event to another without break. Our traditional faith-formation events were intense and effective. They motivated individuals and communities. No wonder that the Church growth was visible, steady and sustained. New contacts were continuously made and maintained. And God blessed the work.

Educational Ventures
At the early period of our mission history, there were very few institutions. However, almost from the beginning some form of educational service was offered at every parish center, supported by humble boarding houses both for boys and girls. It took time for Primary Schools to grow into Middle Schools and High Schools.

Today there is a High School at almost every parish center. Even considering these limitations, we have built up an educated laity in impressive numbers, producing leaders in every field, including the political, and a good proportion of the bureaucrats. Colleges have come up in different places, and today, there are also two Catholic universities in the region.

Furthermore, the Catholic educational institutions always served an evangelical purpose, of both deepening faith in Christian youth and exposing others to the values of the Gospel, and offering them a chance to make an intelligent choice.

Medical And Social Services
Health assistance was given in a small way by the pastoral sisters from the beginning; standard hospitals came up only of late. But gradually their number has increased and their scope widened.

These bigger health institutions reach out to the villages and poorer urban centers with health assistance, health camps, and health education programs. They intervene in times of emergency like floods and epidemics.

Social services began as assistance to good health in the villages. Gradually it has grown to embrace a vast variety of services related to development. Social workers reach out to the villages and organize collaborative efforts with the local communities to solve their common problems. Women’s training centers too have increased in number, giving lessons in tailoring, kitchen garden, child care, cooking, house maintenance, family duties etc.

Work For Peace
Another context where the Christian message manifests in concrete terms is the Church’s work for peace. Though this work is a necessity in all social contexts, we were dragged into it in a big way during the Bodo-Adivasi conflict in 1996, when over 250,000 people had to take shelter in temporary camps and relief work was done for them on a massive scale in collaboration with the other Evangelical Churches.

There has been, in addition, a certain amount of theological reflection on the theme of evangelization in our region, and theological publications. Such publications have been on themes like evangelization, inculturation, tribal culture, indigenous communities and their traditions, tribal ethos, tribal values, tribal spirituality and related anthropological considerations.

In the hill states where the Christians constitute a significant number, the Catholic Church undoubtedly wields even greater influence. In order for this to continue it is necessary that the missionary team gives importance to its cultural and social insertion into the local community, both at the personal and social levels. This will mean frequent interactions with the people of the neighborhood no matter what their persuasion (members of other religions, agnostics, diverse ideologies).

I would consider the engagement with the thinking element of society to be another important aspect: the thought-provokers, the opinion-shapers, the value-setters, the goal-proposers, the ideals-planters, the vision-projectors, the energy-sustainers, the soul-inspirers.

It is when missionaries have entered into companionship with such stalwarts that they gain a certain moral authority in society. It is here that missionaries seek to be present with a humble but effective contribution. In the present context of serving the larger society in a multi-religious and secular situation, this is a realistic goal which we can seek to move forward.

Building Bridges
It is a great mission to initiate a meaningful dialogue with individuals and teams that shape the collective mind of a society. Our aim is to build up a common ground with the real world around us and lead reflection a little further. These are all spheres of life where diversity of opinion is possible. Our mission is to promote intelligent thought and mutually stimulating discussions that will lead to responsible decisions.

Our mission is to be present where we are needed most: even at the crossroads of ideologies, in social trenches, in areas of confrontation, and amidst the burning exigencies of man. Yes, Jesus’ message ought to be brought to life and proved capable of yielding a hundredfold.

This mission is amazingly complex: listening, enriching, correcting, supplementing, and co-thinking with one another. Let Christians of various traditions talk to each other; let believers listen to each other. Socially committed agnostics too have a message for us. Let people of all different points of view learn from each other.

We Christians believe that history is not shaped in the battlefields only, but also in lecture halls, thinkers’ clubs, study groups, workshops, school rooms, libraries, laboratories, artists’ dark rooms, adoration chapels, and cloistered convents, in catechist training centers, and during the village visits of missionaries.  That is why we are present in all these places with diverse approaches.

Northeast’s Contribution
The Church in Northeast India, which was once considered by some at the national level as being in an unimportant corner of India, has moved to a respected position today. Many national events of importance are held now in Northeast India.

Furthermore, vocations are rising in the Northeast while they are declining in the traditionally vocation-rich areas. With the size of the family growing smaller in the older Catholic pockets of India, the Northeast seems to be the hope-filled area for vocations increasing the number of congregations. What is even more encouraging is the fact that this young Church has been quickly sending out missionaries to the ends of the earth. This trend is bound to grow, even though the present number is still small.

What will the hills and valleys of the Northeast contribute? Will it be its missionary dynamism in a spirit of joy?  It is not easy to judge at this stage. However, the caliber of the Northeastern contribution will depend on the quality of the togetherness and the collective thinking that the Church in the region will cultivate and strengthen along with its traditional joy and enthusiasm.

Difficulties Bring Redemption
We in India are living through difficult times these days. We may have to look forward to more difficult times if the Hindu right takes the destiny of the nation into its hands. Hindutva radicalism as a cultural force is sure to remain around us. Though we see that the communities of the Northeast are not much attracted by this extreme ideology, they are bound to be influenced.

Rather than take our worry to excess or seek to address the problem only in the way of public protests, we will have to learn to dialogue with the moderates among them, who in turn can soften their group’s exaggerations.
If Christianity has survived 2,000 years in India it was because our society was tolerant, and it is likely to remain so in the future.

Sentenced to death in 2010 for “insulting Muhammad,” Asia Bibi was acquitted in 2018. Last May, the Pakistani Catholic woman flew to Canada where she was reunited with her family.