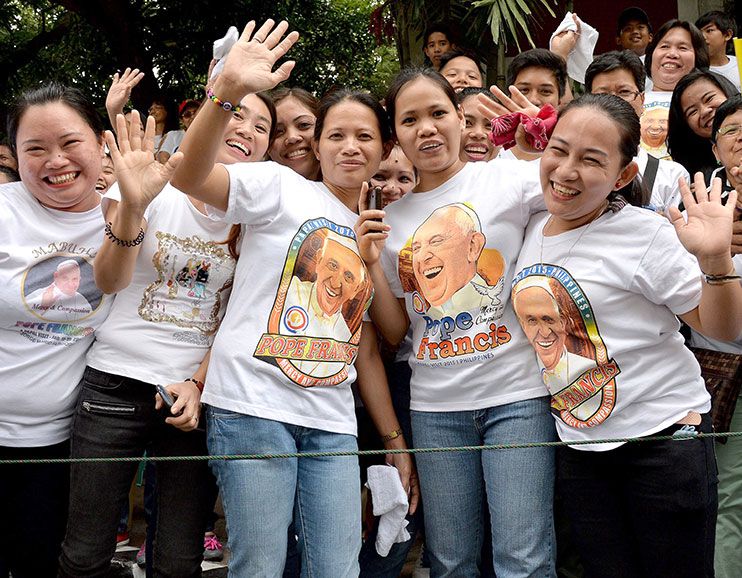 Clearly, Pope Francis desires a reawakening of “mission awareness” in the Church and a concomitant reinvigorating of “new enthusiasm” to proclaim the Gospel. This urgency of missionary renewal is consistently evident in Francis’ vision of the Church, seen particularly in his first major document Evangelii Gaudium (The Joy of the Gospel) issued in 2013 during the first year of his pontificate.

Francis asserts that we need an “evangelizing Church that comes out of herself,” not a Church that is “self-referential” and “lives within herself, of herself, for herself” (EG, 27).  “I dream of a ‘missionary option’; that is, a missionary impulse capable of transforming everything…. All renewal in the Church must have mission as its goal if it is not to fall prey to a kind of ecclesial introversion” (EG, 27).

For Pope Francis, “Missionary outreach is paradigmatic for all the Church’s activity…. We need to move ‘from a pastoral ministry of mere conservation to a decidedly missionary pastoral ministry’.” (EG, 15) “I want to emphasize that what I am trying to express here has programmatic significance and important consequences….Let us be ‘permanently in a state of mission’.” (EG, 25)

Pivotal Mission Encyclical
As already noted, the October 2019 Mission Month commemorates the first great missionary document of modern times, Maximum Illud (“Spreading the Catholic Faith”). It was issued by Pope Benedict XV (1914-1922) on November 30, 1919. This document has been called the magna carta of modern missions, and its directives have had far-reaching ramifications. The importance of this encyclical is shown by the fact that all subsequent missionary encyclicals quote Maximum Illud.

Benedict XV stated two purposes for his 1919 letter: to encourage missionary leadership and to recommend mission methods. Missionaries are encouraged to grow in “sanctity of life,” following “the example of Christ our Lord and of the Apostles.” They should frequently recall “the lofty and splendid character” of their vocation. The pope recognizes “the stupendous hardships our missionaries have undergone in extending the faith.”  The encyclical invites the entire Church to assist the missions through prayer, personnel, and finances.  Benedict XV also commends the Church’s missionary efforts to “the great Mother of God, the Queen of Apostles.”

Theme Of 2019 Mission Month
Pope Francis identifies the central focus of this month-long celebration: “Baptized and Sent: The Church of Christ on Mission in the World.” Commenting on this theme, Francis writes in his message for World Mission Sunday 2019: “Celebrating this month will help us first to rediscover the missionary dimension of our faith in Jesus Christ, a faith graciously bestowed on us in baptism….We received this gift freely and we share it freely (cf. Matthew 10:8), without excluding anyone.”

“This missionary mandate touches us personally: I am a mission, always. You are a mission, always. Every baptized man and woman is a mission…. People in love never stand still: they are drawn out of themselves; they are attracted and attract others in turn; they give themselves to others and build relationships that are life-giving…. Each of us is a mission to the world, for each of us is the fruit of God’s love.”

Special Focus Areas
Pope Francis has identified the four specific dimensions of this October 2019 event: (1) A Personal Encounter with Jesus Christ living in his Church, in the Eucharist, in the Word of God, and in personal and communal prayer; (2) Mission Testimony as seen in the witness and lives of missionary saints and martyrs; (3) Missionary Formation, including biblical, catechetical, spiritual, and theological dimensions; and, (4) Renewed Practice of Missionary Charity.

These are four demanding tasks to be emphasized during October 2019 – and always! Our mission efforts must all flow from a deep personal relationship with Christ.  As Francis wrote in Evangelii Gaudium: “I invite all Christians, everywhere, at this very moment, to a renewed personal encounter with Jesus Christ….  I ask all of you to do this unfailingly each day.” (EG, 3)  “Here we find the source and inspiration of all our efforts at evangelization.” (EG, 8)

Five Tips For A Better Kind Of Politics

Here are five “musts” from Pope Francis that are essential for a better kind of politics in both our Church and society.