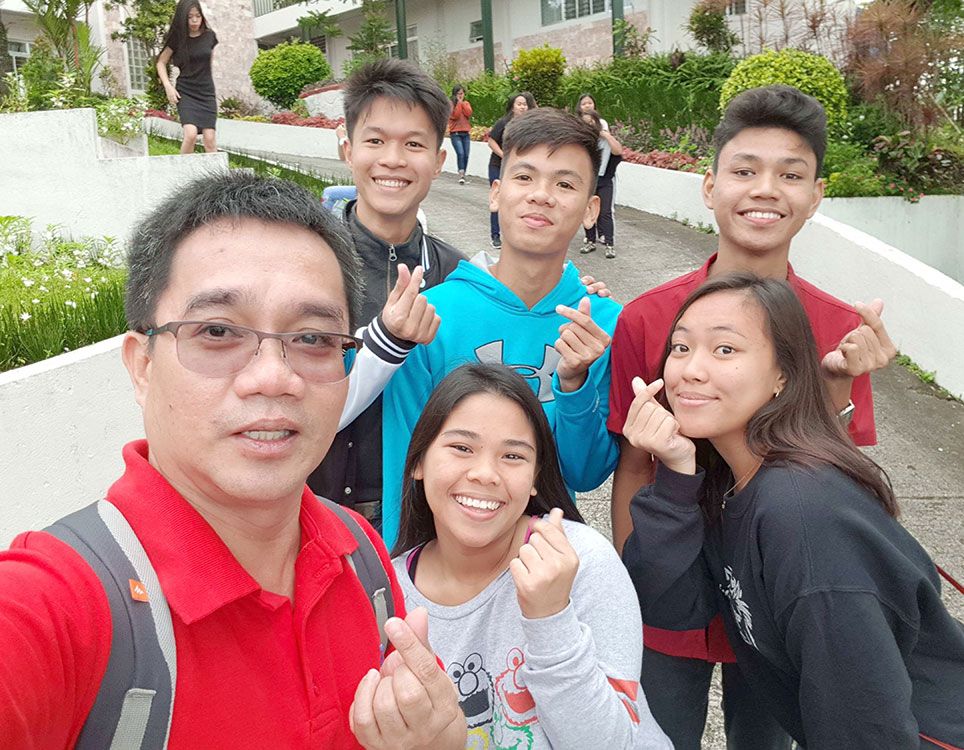 Save Asia with Asians

Filipino Comboni missionary from Tarlac, Fr. Moi spent the first 13 years of his missionary life in a Chinese-speaking mission. He shares the challenges he encountered and the learning experiences that taught him when the time is ripe to propose the saving message of Christ.

Towards the end of my basic formation and theological studies, I was asked to write a letter for my admission to the perpetual vows and ordination to the diaconate. The letter indicated three options for the mission areas where I would want to serve after my ordination to the priesthood.

During that time, none of Filipino Comboni Missionary priests and brothers had been assigned to our China mission yet. I knew in my heart then that it was time for Filipinos to take an active role in the evangelization of Asia, the continent with the most number of inhabitants but with the least number of Christians.

There was never an iota of a doubt that I wanted to imbibe the words of St. Daniel Comboni, our founder, “Save Africa with Africa” and make them my own, thus “Save Asia with Asians”. I can still vividly remember my discussion with our superior general at the time when I received my destination as simply “Asia” rather than the “China mission” which I explicitly indicated in my letter. He assured me though that the superiors will be sending me to our Chinese-speaking mission.

Therefore, I spent the first 13 years of my priestly life in Taipei, Taiwan. It was there that the God who called me to the missions continued to teach me His ways, revealed to me His heart and gave me the eyes to see people in the way that He sees them.

First Challenge
The first challenge that I had to face was learning the language: Mandarin Chinese. Having had the experience of learning other foreign languages in my younger years, studying Mandarin was very different. In the beginning, it felt like learning two or three languages at the same time.

An extra challenge thrown at me was that I went to Taipei with a student visa rather than a missionary visa. Because of this, for the whole duration of my language studies I had to go to the police station to renew my alien resident certificate by presenting to them my school attendance record and the certification of my grades for each term. There were times when I felt overwhelmed by the volume of Chinese characters that I had to memorize, to read and pronounce well, and to write in the correct stroke order.

I would have wanted to take a pause from school to digest and practice what I have been learning, but I could not do so because of my student visa. I would then remind myself that I only have myself to blame because I insisted in being sent to our Chinese-speaking missions.

The Only Christian In Class
It was also during these first two years in Taiwan that I came in contact and mingled with people of other religions and cultures on a daily basis. I would often find myself to be the only Christian in my class, which almost always consisted of some Japanese, Koreans, Vietnamese, Thais and Indonesians. Having lived in the Philippines and Italy previously, it was the first time that I found myself in an environment where I belonged to a small minority (the Christian population of Taiwan is only somewhere around 4% of the population). Being in class with them and seeing the way they lived daily, I grew in respect for them that I ended up being friends with some who are still in touch with me until now.

My classmates were intrigued by the kind of life I was living and they would bombard me with questions about my life as a priest and about life in general. In the beginning, I used to get tired of having to answer the same questions over and over again. I later realized that it was my way of witnessing to them about my faith and my vocation. Therefore, I also learned to be patient with myself, with others and with the Chinese language that I had to learn for me to be an effective missionary.

Being a newly-ordained priest at that time, I also personally had to contend with questions about my priestly and missionary identity. Is my priesthood only expressed by the celebration of the Sacraments? During my first six months in Taiwan, I concelebrated in the Mass without understanding what was said in the homilies. I could follow the Mass, but I could not even read the part of the concelebrant, and all I could do was to silently be present. I would sit in meetings without knowing what was being said and I would just smile. After one of those meetings, one parishioner told me that my presence was more important than the words that I could say. In a way, my silent presence was a source of moral support for the Christian community.

Christmas
My first ever Christmas in Taipei was so different from the celebrations I was used to up to that time (being a Filipino, and having celebrated the same occasion for years in Rome). The preparation for the Mass and the busyness of the Christmas spirit was only felt inside the parish compound. I found myself standing at an empty road in the midst of the city and thinking deeply, “the Light has come into the world but not all believed or seen it. That is why you, Lord, sent me here. I am here as a missionary. To let them see and believe that there is a God who loves and cares for them. And that He has given His life for them to become sons and daughters of God.”  But how do you introduce a Savior to a people who do not feel the need for one? I used to ask myself.

Youth Ministry
In my years in Taiwan I was also involved in youth ministry through the summer and winter faith camps for university students. It was in these camps that I came to know the Taiwanese Catholic (and even some non-Christian) youth.

I have met some young people who started getting involved in Catholic youth groups and served them even before they got baptized into the Church. It was also in these camps that I first encountered an alarming situation among the Taiwanese youth. Some young people admitted that they have distanced themselves from the Church for some time and that the camp served as their way back. This is particularly common to those who grew up in traditional Catholic families. Since they were baptized as infants, some leave or distance themselves from the Church during most of their adult life. This begins when they leave the family home to study (and eventually work) in a different city and no family member being there to check on them.

When I meet these young people, I normally challenge them to make the faith they inherited from their grandparents and parents their own. I tell them that unless they make that decision, theirs will not become a personal faith, because that is an important step for them to grow in their personal relationship with Jesus.

I met a lot of people, been to so many places and participated in events that molded me into the kind of missionary that I am now. Some made me understand the depth of God’s gratuitous love, others made me realize that I have to always be up for the challenge to “always be prepared to give an answer to everyone who asks you to give the reason for the hope that you have. But do this with gentleness and respect.” (I Peter 3:15)

Silent Witness
To my habitual question “how do you introduce a Savior to a people who do not feel the need for one?” I came to learn during my years in Taiwan that it is possible to give testimony of Christ the Savior when one is willing to be a silent witness to one’s faith.

In the words of St. Daniel Comboni, “the missionaries will have to understand that they are stones hid under the earth, which will perhaps never come to light, but which will become part of the foundations of a vast, new building.”

It is important to be a constant presence that patiently waits for the time when the people finally open themselves and are ready to listen and learn about the Catholic faith. All this has to be done with utmost respect for the people’s belief and sensibilities.

The words of St. Francis to his missionaries guided me all those years: “Evangelize at all times, and when necessary, use words!”

An original experience, proper of the human condition, loneliness affects us all in different ways. In entrusting Himself to the Father during the agony of Gethsemane, Jesus transformed pain into…