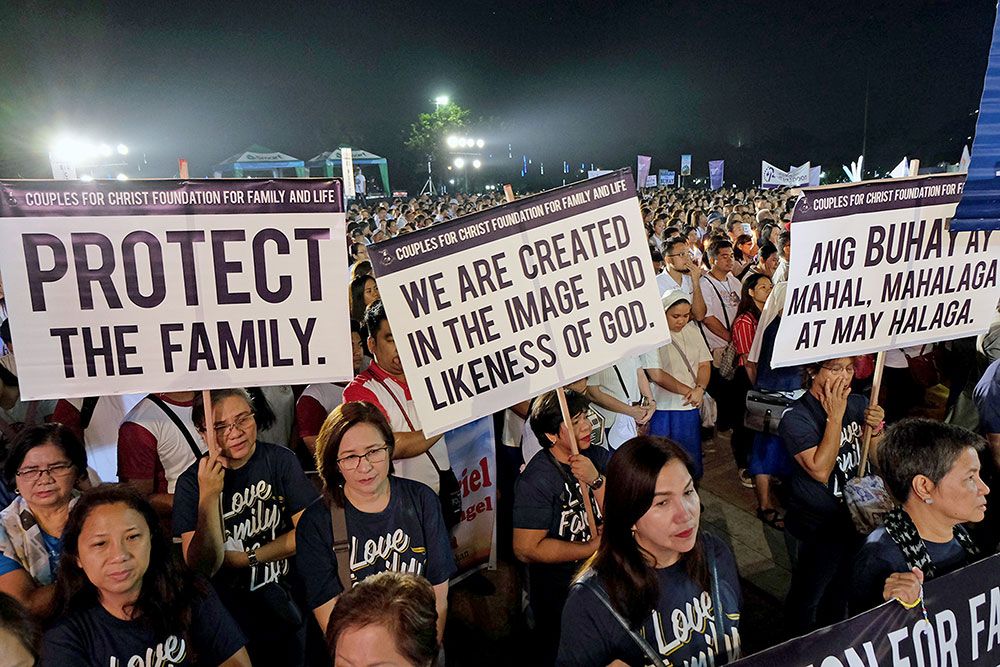 Pope Francis says that the greatest challenge for Christians is to plant Christian values in the social, political and economic sectors in view of transforming society. The author gives out suggestions for engagement so that the followers of Jesus may act as responsible citizens.

In an era gone by, we could claim to be good citizens by merely obeying the law and paying taxes. Today, no more. By action or inaction, every citizen contributes ill or well to the future of his/her country. If, for instance, elected members do not discharge their duties, we have the right to demand a sense of responsibility from them. Unfortunately, citizens have not yet learned to expect a code of conduct, a style of behaviour, a manner of approach and a degree of commitment from those they have elected as their representatives.

If citizens abdicate their responsibility for general welfare soon after elections, the nation takes the downward path. It is one thing being faithful about casting your vote to keep the wrong people out and excluding unwanted ideologies and interests, and bringing your favourites to power; it is quite another to place conscientious people into positions of responsibility (both as political leaders and government officials), and follow them up diligently with educative pressures.

It is impossible to make this type of contribution to society’s welfare if citizens do not remain knowledgeable. That is why it has become imperative for every citizen with a sense of responsibility to keep informed of events, social processes, political and economic trends, prevalent ideologies, differing views and their respective merits. The news should not be a brief interval for entertainment, but a moment of self-education, reflection and prayer. The entire world comes into our prayer, and we become globe-trotters, global evangelizers and world-transformers.

We Provoke Thought, Not People
If abortion and euthanasia find encouragement, environment is being ravaged, globalization injures local economy; if an economy of exclusion keeps marginalizing people and growing inequality invites violence, then an alert community of believers should be eager in helping address the problem.

There are times when we offer assistance to evaluate the situation and help people think, and offer carefully studied criticism. Provoking thought differs a great deal from provoking people, including opponents; even more from humiliating them.

As conscientious members of society we offer a critical understanding of society, particularly to the younger generation and the possible role they can play within it. We support their initiatives. As dynamic social agents, we provoke thought among its thinking members and search together for answers.

We should never underestimate the impact we make on society through the influence we can build up in our neighbourhood, on our junior colleagues in life and work, on their families, and on those whom they influence in turn, on our co-workers in diverse social contexts, and even our opponents and enemies. For when we take a balanced view, give well-thought-out answers, and remain firm and consistent, even an opponent may be compelled to make a quick turnaround and support our idea, though he may try to present it in a new form.

In addition to general information, Christian activists need to have a close understanding of local issues through intelligent interaction with the neighbourhood. Just as the Christian community needs to become part of the neighbourhood-society from the cultural point of view, it should equally be inserted into civil society as well:  if the road must be repaired, if the local health centre is not working well, if the problem of illiteracy or of school drop-outs is pressing, if slum situation is deteriorating, if forced migration is being initiated, or if human trafficking is ruining the lives of people, then a creative believing community can rouse awareness, mobilize local resources and energies to bring relief and ultimate solutions to the problem.

In such situations, Pope Francis tells us that every sensitive individual hears God’s cry: “Where is your brother” (Genesis 4:9), sister whom you are killing in clandestine warehouses, in rings of prostitution, in children used for begging, in exploiting undocumented labour? Let us not look the other way. There is greater complicity than we think. The issue involves everyone!”

Influencing Public Opinion
It may be important to build up public opinion in favour of remedial action through articles in local journals, letters to the editor, and discussions with discerning leaders. Public pressure through signature campaigns and other similar efforts may prove helpful in some contexts. Clubs, associations, societies and other civic bodies of which we are members can be invited to join in the common effort.

We do many things that one may work; we seek the cooperation of many people that one may help; we conscientiously share our convictions widely that at least some of them may bear fruit. So often, it is sufficient to point the way, and you get a whole process moving.

In everything, however, let us keep to moderation, balance, and proportion; all forms of exaggeration and fanaticism should be avoided. Championing the cause of the weak should not lead us merely to empty rhetoric or to another form of political manipulation: e.g., making use of the poor, minorities, or indigenous people, with a self-interested motive. When we exaggerate or distort, we do not help their cause.

In addressing national and global problems, a similar course of action is possible–joining hands with other organizations, religious communities and the rest of civil society. The whole world of media, including the internet, is available to us through which we can address problems and exert a salutary influence even on distant power-wielders. However, misuse of social media should be carefully avoided.

Interpreting events and processes is more important than we usually think. We are, so often, good at reporting and even embellishing an event, but not at interpreting it with long term consequences in view. We do not always study an issue from diverse points of view. When a tragedy takes place in one of our communities or their neighbourhood, if our contribution is to grow agitated and to spread anxiety everywhere, to rush to the press with an inadequate understanding of the situation, or hasten to the law with little preparation, then we do more harm than good. Many such things have happened in recent years.

A perceptive analysis of the entire matter and a serene and confident approach to the root causes of the problem will yield better results. Half the problem is solved when one is able to interpret events with intelligence and not merely intervene with emotional explosions. Reaching out with a sympathetic and reconciling attitude will do the rest of the task. G. K. Chesterton used to warn his fellow citizens against the “noble temptation to see too much into everything”.

Not rarely, Providence sends us one small problem to rescue us from another bigger problem. After all, our entire mission is realized through constant confrontation with problems as they arise. Solutions to problems themselves lead to other problems, and in trying to solve them again we live out our life and fulfil our mission. But be alert against greater dangers. (Matthew 24:42)

Professionals With Soul
While the abuse of political power and economic might has unfortunately become a phenomenon that we witness every day in our times, their effective use for the benefit of humanity is what we seek to promote. It is precisely in this area that the Gospel-inspired Christian community plays its unique leavening role at every level of civil society. When the Christian believer strives to breathe a soul into his/her area of activity and sphere of influence through his deep convictions and the values that he/she believes in, that is precisely what happens. Society in that area is transformed.

That this may happen, a “new mindset” must be created that “thinks in terms of community and the priority of the life of all” (Evangelii Gaudium,n. 188). It is towards this goal that Christian believers make their greatest contribution, if and when they produce “great persons” who are capable of going beyond surface differences and petty squabbles and lead society to common concerns (Evangelii Gaudium, n. 228) and a shared destiny. May modern society itself acquire a new soul in this manner.

Pasko in the Philippines

One of the two Christian nations in Asia, it is no wonder Christmas is the biggest holiday in the Philippines. Get to see how Filipinos celebrate Christmas through the eyes of two young fathers.