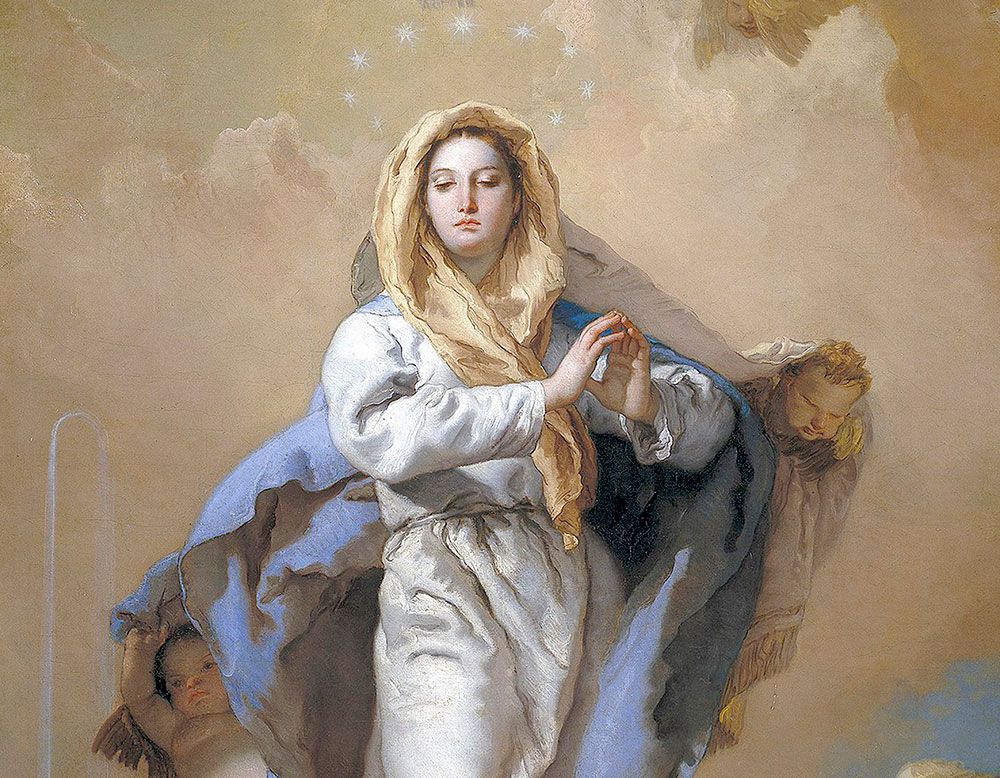 “The Knights of the Immaculate” is possibly the earliest, the largest and the most articulate Catholic movement in the world. Most remarkably, its founder is the Holocaust martyr, Saint Maximilian Kolbe.

August 14, 1941, in the Nazi Concentration Camp called Auschwitz (in Poland), the life of Father Maximilian Kolbe, a Polish Franciscan Conventual, ended heroically. He voluntarily offered to take the place of another prisoner, a father of a family who was condemned to death by starvation and thirst.

This exceptional gesture made Fr. Kolbe the first in the Catholic Church to be recognized as a martyr of charity, a title willed by Pope St. John Paul II and pronounced during his canonization in Rome on October 10, 1982.

Father Maximilian was already known outside Poland, in Japan, for his missionary zeal and editorial activity. But his fame soared as a martyr of the Holocaust: Saint Maximilian Kolbe is one of ten 20th-century martyrs who are depicted in statues above the Great West Door of Anglican Westminster Abbey, London.

In 1963, Rolf Hochhuth published The Deputy, a Christian Tragedy, a play significantly influenced by Kolbe’s life and dedicated to him. Unfortunately, the play became notorious because the author used the heroism of Maximilian Kolbe to condemn the alleged silence of Pope Pius XII concerning the Holocaust.

However, Saint Kolbe’s most enduring legacy is the Militia of the Immaculate Mary.

A Peaceful Army
On October 17, 1917, while being a student at the international Franciscan seminary in Rome, Kolbe founded a Christian movement called “Militia of the Immaculate” (abbreviated M.I.) with the goal of “conquering the world through the devotion to the Immaculate Mary and fighting the forces of evil in all its forms”.

The M.I. association grew and spread to different countries. On October 16, 1997, the Pontifical Council for the Laity decreed the “Militia of the Immaculate” to be an international association of the faithful of pontifical right. M.I. has over three million members in 48 countries.

Kolbe greatly influenced his own Order of Conventual Franciscans. This is what the friars affirmed: “Our patron, St. Maximilian Kolbe, inspires us with his unique theology of Mary and apostolic mission, which is to bring all souls to the Sacred Heart of Christ through the Immaculate Heart of Mary, Christ’s most pure, efficient, and holy instrument of evangelization–especially of those most estranged from the Church”.

An Exemplary Story
In recent years new religious and secular institutes have been founded, inspired by this spiritual way. Among these are the Father Kolbe Missionaries of the Immaculate Mary, the Franciscan Friars of Mary Immaculate, and a parallel congregation of Religious Sisters, and others. At their origin we usually find another Franciscan priest in love with the charism of Saint Maximilian.

At the end of World War II in Bologna (Italy), a Conventual Franciscan, Father Luigi Faccenda, received the obedience to care for the M.I. Movement locally. He dedicated himself to deepening, living, and spreading the total consecration to Mary the Immaculate. From within the movement a group of young women quickly asked to be able to live the consecration to God following the Marian and missionary spirituality proper to Father Maximilian Kolbe.

On October 11, 1954, after a period of prayer and discernment, Father Luigi Faccenda founded the Secular Institute of the Father Kolbe Missionaries of the Immaculate. The Institute was confirmed definitively by the Church with its pontifical approval in 1992.

Union Is Strength
By its nature, M.I. is a unitary association. The organization comprises the Young Knights, the Youth Movement, and Adults. It is structured into three levels: the first level is the movement with no strict organizational structure, where the members mostly act individually and spontaneously according to the founder’s original project.

The second level is the movement broken down into groups, whose members work according to the official programs of the movement; the third level is the movement at its highest level, at which the Knights choose to fully and unconditionally give themselves to Mary Immaculate, devoted solely to her cause: in the missionary apostolate, in parish service, alone, in active and in contemplative life communities. This rank is specific to the City of the Immaculate, the Executive Centers, and the Institutes inspired by Fr Kolbe.

A significant presence of the association are those who suffer from sickness, poverty, marginalization and disabilities. They form the M.I. under the Cross. So much suffering, offered as a gesture of consecration to Mary Immaculate, enables the whole association to participate in the mystery of Christ’s redemption and renews the missionary effort.

The specific areas of unity of M.I. are catechesis, town and city missions, religious instruction courses, updating Marian culture, publishing, radio broadcasting and informatics, and serving people in the Franciscan manner of fraternity, simplicity and hospitality.

To make husband and wife spend a weekend looking at each other and at their love together with other couples is the simple yet brilliant idea of the Worldwide Marriage Encounter movement.