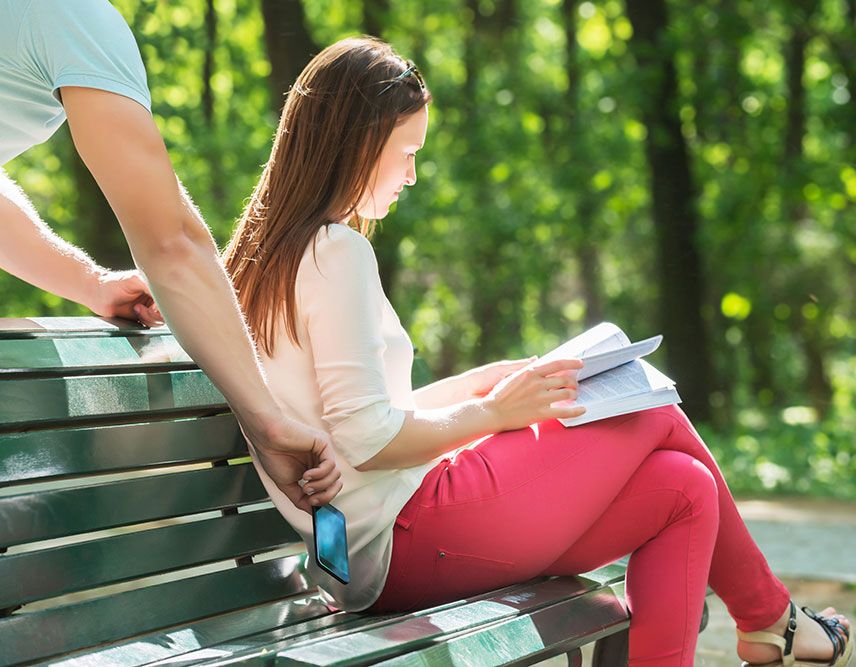 You Shall Not Steal

In life we deal with what belongs to us and what belongs to others, and we often hear that some people take away things that do not belong to them. Hence, the Seventh Commandment reminds us of the importance of respecting each other’s property rights.

Speaking on this Commandment, Pope Francis said: “The Social Doctrine of the Church speaks of the universal destination of goods. What does it mean? Let us listen to what the Catechism says: ‘In the beginning God entrusted the earth and its resources to the common stewardship of mankind to take care of them, master them by labour, and enjoy their fruits. The goods of creation are destined for the whole of the human race.’ (2402) Moreover: ‘The universal destination of goods remains primordial, even if the promotion of the common good requires respect for the right to private property and its exercise.” (2403)

Pope Francis further said: “The Catechism also states: In his use of things man should regard the external goods he legitimately owns not merely exclusive to himself but to others also, in the sense that they can benefit others as well as himself” (2404)… It is clear that the positive and broad meaning of this Commandment is in this perspective: The one who owns any property is a steward of Providence. So the call is to share what one has.

Reflecting on these points presented by Pope Francis has led me to conceive and present the following three behaviors:

1. The behavior of selfishness and isolation. It can be expressed this way: “What is mine is mine and woe to anyone who touches it.” The behavior of this person is an ongoing violation of the Seventh Commandment. In fact, those who do not share what they can give are thieves; they keep for themselves what really belongs to others.

2. The second behavior is that of the robbers. It can be expressed in these words: “What is yours is mine and, if you do not give it to me, I will take it by force.” It is the lifelong principle of so many, and what we see in the world is that there are robbers who are worse than those who steal things. They rob people of their dignity, their freedom, their peace and their happiness. We are surrounded by individuals, movements, countries and fanatics who have made this behavior a way of life. These days, in harmony with so many proclamations of Pope Francis I would shout for all people to hear me:  Don’t rob children  of their innocence; don’t rob open-minded people of their ability to dream a better world; don’t rob our simple people of their good faith; don’t rob the people who believe that honesty is still a virtue of this conviction; don’t rob those who work for justice and peace of their aspirations; don’t rob others of their rights to life, education and a healthy, sustainable environment.”  And the litany can go on with each one adding to the list.

3. The behavior of generosity and sharing: “What is mine is yours and I will share what I have.” We have said that people who do not share what they can give are thieves. People who share what they can give not only keep the Seventh Commandment, but they go a mile further to live with generosity as living instruments of God’s Providence for the good of all. I am sure that people who accept and share with generosity are inspired by the Spirit and strengthened by Him to overcome any temptation of hard-headedness and gluttony, selfishness and sensuality. Thanks be to God because this is what universal love requires and our society needs.

With regard to the third behavior, a person can say: “I am so poor and have nothing to share.” However, I am not speaking here of material things only, but also, and above all, of sharing or giving of oneself at the spiritual level. At this level, no one is so poor as not to be able to share something: a smile with someone who is depressed, an encouraging word with a person in difficulty, giving a hand to someone in need etc...

I pray that, through the intercession of Mary, all may understand that every person has something worthwhile to share. If all we need is love and goodwill, then the Commandment “Do not steal” becomes “Enjoy what you have and share it with generosity.”

There are no exceptions. Everyone mourns in one way or the other. It is in how one responds to it – by being one with Christ and by looking at the way the Blessed Mother experienced mourning – that…

November 19 has been declared by Pope Francis as the first World Day of the Poor. This is to make us reflect that the only way to uplift the lives of the poor is to see them as Jesus Christ sees them,…