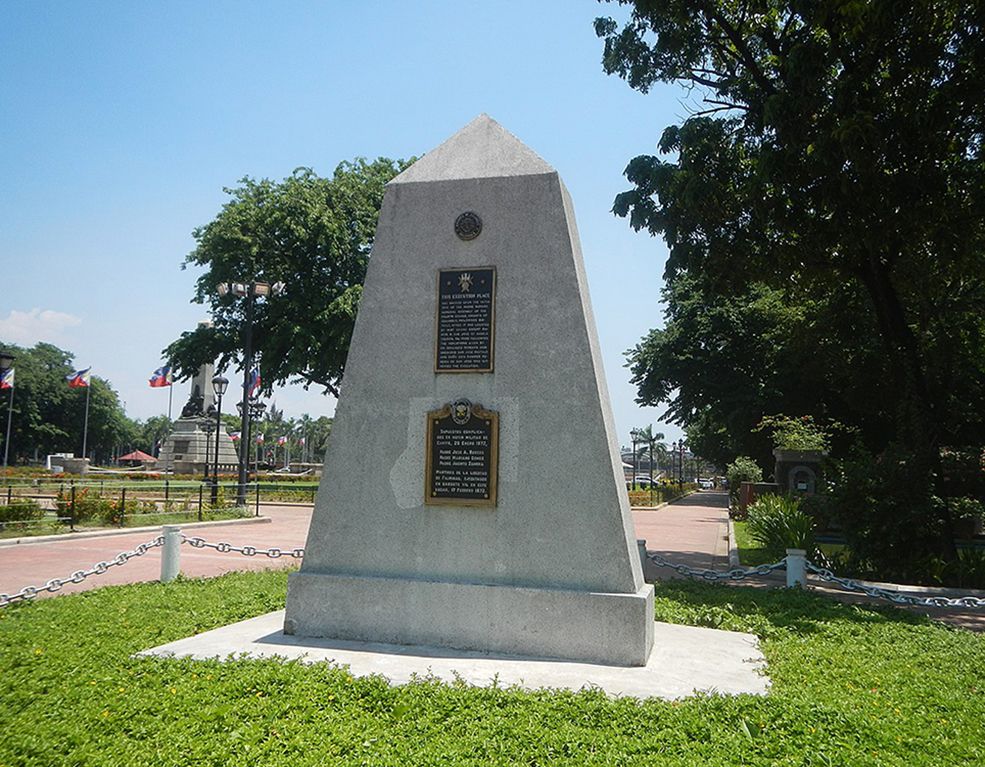 In the 19th century, violent rebellions against the colonial government involving Church personnel broke out. They were motivated not by insubordination but by strong, legitimate demand for equal treatment.

The general, peaceful acceptance of the evangelizers among the people, mainly friars of different orders who were often demanding and severe disciplinarians, is manifested by the fact that we have no record of violent reactions against Church personnel in history, although they were generally few in any given place and living among the native population without protection.

Two rebellions of some importance happened in the 19th century: they are the story of Apolinario de la Cruz (Hermano Pule) with the extermination of the Cofradia de San José on November 4, 1841, and the execution of three Filipino priests: Gomez, Burgos and Zamora (Gomburza) on February 17, 1872.

In both cases, it was not a rebellion against Spain, the motherland, but the urgent and strong request to be accepted as equal citizens and treated in a just way: they expressed the need for a sense of belonging.  Because of this, we can call these rebellions “holy.” The savage reaction of the Spanish authorities created martyrs and prepared the way for independence.

Hermano Pule
During the Spanish colonial period, Catholic religious orders refused to admit native Filipinos as members. Apolinario de la Cruz (known by his followers as Hermano Pule) was a member of the indios (native population of the Philippines). After several unsuccessful attempts of joining religious orders, together with an indio member of the secular clergy, Fr. Ciriaco de los Sanctos, he founded the Cofradia de San José, a religious order exclusively for indios.

During its peak, the Cofradía had about five thousand members from the provinces of Tayabas, Batangas, and Laguna. Although approval was eagerly sought, the Church authority never understood or took seriously the Cofradia.

Fearing an armed rebellion, the Spanish colonial government sent military forces to suppress the cofradía, an attack that was resisted by Hermano Pule and his followers on October 23, 1841. However, more troops were sent and the cofradía was finally quelled by colonial military forces on November 1, 1841. Pule was then captured, tried, and executed.

The Secularization Controversy
Two kinds of priests served the Catholic Church in the Philippines. These were the regulars and the seculars. Regular priests belonged to religious orders. Historically, their main task was to spread Christianity which they did valiantly.

Secular priests did not belong to any religious order. They were trained specifically to run the parishes and were under the supervision of the bishops. A royal decree was issued on November 9, 1774, providing for the secularization of all parishes or the transfer of parochial administration from the regular friars to the secular priests.

The regulars resented the move because they considered the Filipinos unfit for the priesthood. Among other reasons, they cited the Filipinos’ brown skin, lack of education, and inadequate experience. They neglected the Catholic principle that no church can rest upon a substantial basis unless it is manned by a native clergy.

Towards the end of the 18th century, the Jesuit missionaries who had come after Fr. Matthew Ricci had already evangelized and baptized hundreds of thousands of Chinese people and were present in all the main Chinese cities. Then the condemnation of the Chinese Rites came as well as the suppression of the Society of Jesus, and the Christian masses found themselves suddenly without priests.

This brought about the dissolution of the church due to the lack of promotion of the local clergy. It is a pattern that unfortunately repeats itself even in our time.

Martyrs Of Independence
On February 17, 1872, Fathers Mariano Gomez, Jose Burgos, and Jacinto Zamora (Gomburza), all Filipino priests, were executed by the Spanish colonizers on charges of subversion. It was alleged that Fathers Gomez, Burgos, and Zamora were complicit in the uprising of workers at the Cavite Naval Yard.

In reality, they incurred the hatred of Spanish authorities for fighting for equal rights among priests and leading the campaign against the Spanish friars. They fought on the issue of secularization in the Philippines that led to the conflict of religious and church seculars.

A proof of their innocence is the fact that the Church authority never touched their clerical status. They were outstanding clergymen and as such, they remained even in front of the executioners.

Their execution had a profound effect on many late 19th-century Filipinos. José Rizal, later to become the country’s national hero, dedicated his novel El Filibusterismo to their memory. Mutiny by workers in the Cavite Naval Yard was the pretext needed by the authorities to redress a perceived humiliation from the principal objective, which threatened the established order. In this way, they made them martyrs of Filipino independence.

In the Year of the Clergy and Consecrated Persons, World Mission features Bro. Karl Gaspar, an award-winning writer, respected socio-anthropologist, theologian, interfaith scholar, and missionary from…