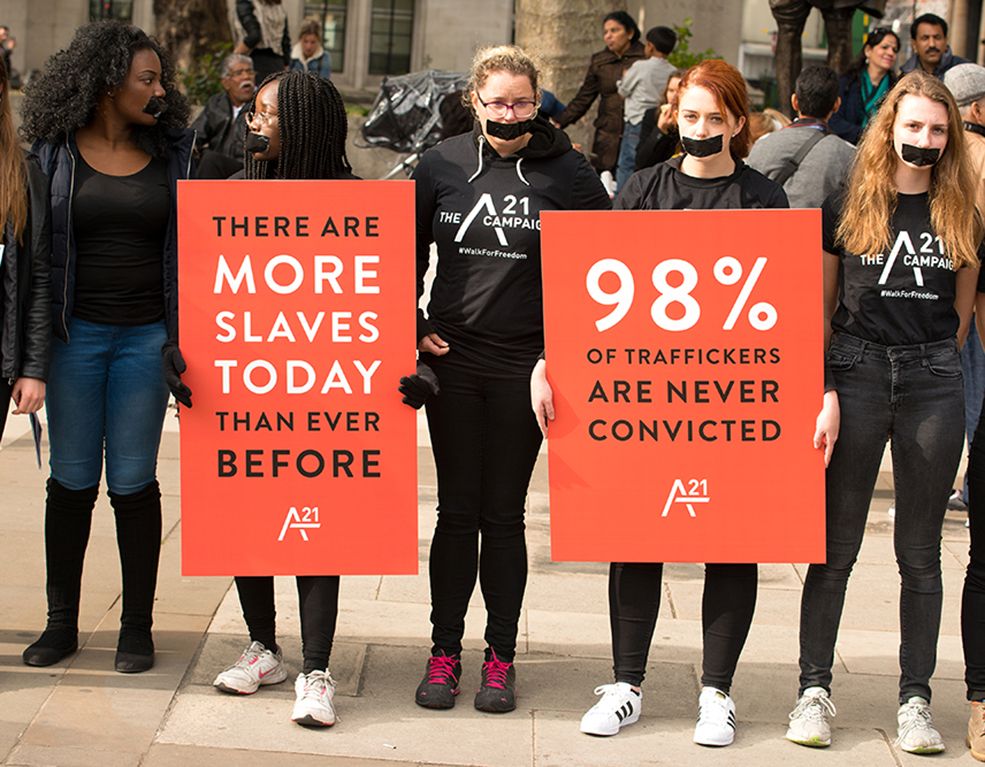 Human Trafficking, Why So Few Convictions?

Human trafficking–this modern slavery is a crime against human rights. Millions of young men and women every year fall victim to this modern slavery. To put an end to this crime, the victims must be healed and empowered while the criminals should be convicted and jailed.

The recruitment and sale of humans is an age-old crime against the rights, freedom, and dignity of everyone exploited and forced to work for little or no wages and controlled and trapped by their traffickers and slave-masters. Young women and boys are especially targeted, offered fake jobs, and given empty promises to get them to sign documents that put them in debt and under the control of their recruiters. Worse, when trafficked to work in the Philippines or abroad, they are forced to work in brothels, as domestic helpers, and in factories. They are also living mostly in subhuman conditions and are underpaid. Many are brought to brothels and sex parlors, sexually abused and trapped in sex work from which few people escape.

Modern Slavery
Poverty and the desire for a life of economic liberty and the well-being of one’s family make poor men and women vulnerable and in danger of a life of slavery. Human trafficking is a form of modern slavery and it is facilitated in the Philippines by individuals and syndicates aided by corrupt officials. It is a global business worth billions of dollars to traffickers around the world. It is a crime that will never be vanquished unless the victims are healed and cared for and the criminals convicted and jailed. Most criminals operate with impunity and walk free. Only 89 were convicted in 2019 and 73 were convicted in 2020 in the Philippines.

The Philippines is considered a hot spot for human trafficking and slavery and while hundreds of suspected traffickers are arrested, few are convicted. The US Trafficking in Persons (TIP) report for 2020 points out how very few convictions there are in a population of 110 million people.

Protection, Healing, And Empowerment
This low conviction rate is because some investigators, government social services and rescue NGOs have limited facilities and therapeutic centers to protect, treat, and empower the rescued victims of sexual abuse, exploitation, and trafficking. Many victims after giving statements, staying a few days or weeks in a temporary shelter without therapeutic and psychological intervention, are sent home, traumatized. There, the relatives and friends of the accused trafficker threaten them not to testify. Protection, healing, and empowerment are the most important services needed to help the victims and stop human trafficking but they are not available in most cases.

When a case does get to court, the delaying tactics by the defense, where endless postponements are allowed by complicit judges, frustrate the victim-witness and they give up attending hearings not having testified. They are vulnerable to threats or a payoff. As a result, hundreds of legal cases are dismissed- for lack of evidence- to the frustration of law enforcers. Some other traffickers can recruit the victims again and they return to sex work to pay off debts. The anti-trafficking law needs to be reviewed, and a new section must be added that says victims must be given specified therapeutic care, protection, and professional intervention. The victim must be financially compensated while in the therapeutic center until they have healed and are empowered to testify in court. Then they will be provided with aftercare, education, and livelihood.

There are some success stories, however. Most of the girls in the Preda Foundation Home for trafficked and abused children belong to dysfunctional families and were victims of domestic abuse and violence from an early age. These neglected and abused children then take to the streets to survive and to find freedom from the beatings and sexual abuse in their homes. On the streets, they are most vulnerable to unscrupulous traffickers who pick them up, offer them money, food, clothes, jobs, and cheap smartphones. That puts them in the power of the traffickers.

When five girls aged 14 to 16 were trafficked by Michael Macaranas in Subic, he brought them to his house and with other men abused them sexually many times. After a tip-off, they were rescued by agents of the National Bureau of Investigation (NBI) and put under the protective custody of the Preda Foundation. They were protected, cared for, had many months of therapy, and were healed from trauma and empowered to testify against their trafficker Michael Macaranas. He was convicted on two counts of trafficking and was sentenced to life in prison and to pay his victims moral and exemplary damages which he never did. The Preda aftercare helped the victims finish school and lead a happier, better life. That was one more conviction in the annual success rate of an average of 15 convictions by the Preda children.

Speedy Trial For Traffickers
That’s because the victims were healed after a few months of Emotional Release Therapy and were self-confident and changed young girls. Their testimony was direct, clear, and convincing.

In her decision dated October 7, 2019, Judge Ma. Cristina J. Mendoza-Pizarro conducted a no-nonsense speedy trial, brooked no delaying tactics, and noted that the defense of consent did not apply as the minors were forced and tricked into sexual exploitation, a noteworthy decision.

What is needed is a law mandating a speedy trial for traffickers and care, protection, healing, and early presentation of the testimony of the victims of sexual abuse and exploitation. Marathon hearings with no delays, such as the practice in the Olongapo City Family Court, under Judge Gemma Theresa Hilario-Logronio, are good examples.

Where justice is delivered without fear or favor, with support and long-term care and aftercare for victims, many more traffickers and child rapists will be convicted. This is the change that must come.