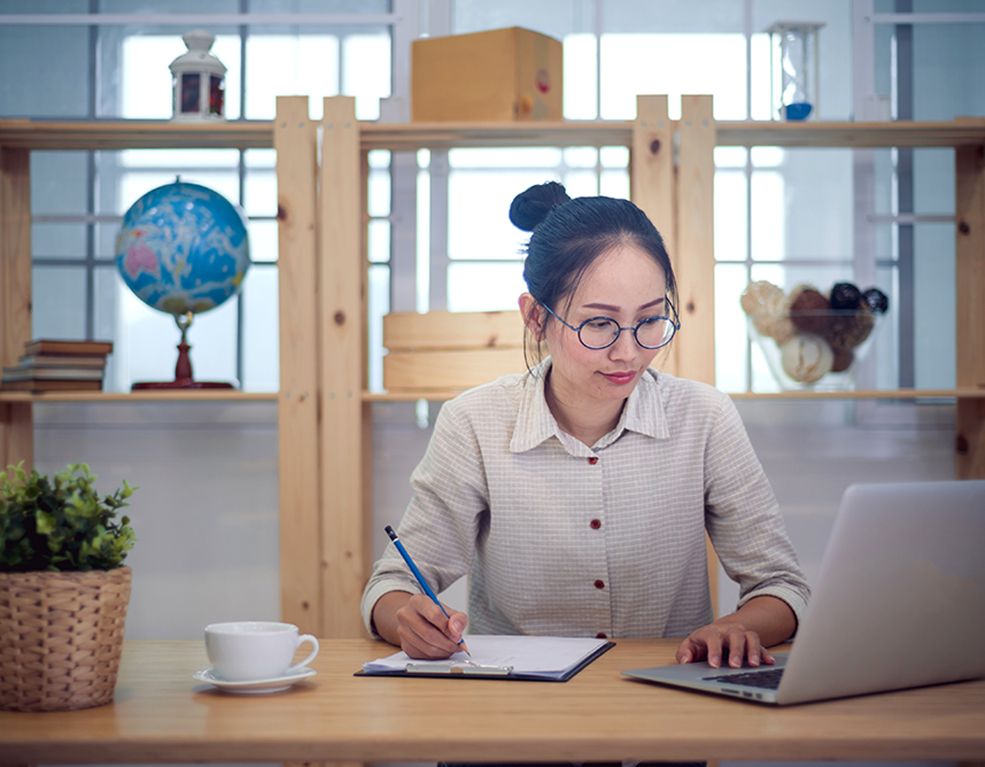 Prioritizing What Is Most Important

Vocation is a gift that is discerned and realized little by little, relying on someone’s help in the journey of self-discovery, in the options, and in the commitment to love and be a generator of life in favor of humanity.

These days, everyone is busier than usual. The pandemic, which brought isolation and so many restrictions on movement, seems to have carried with it an avalanche of chores and a bustle to which no one is immune. One of the problems lies in the fact that, when doing so much “from home,” everything is required as a priority.

Amid so many things (school, jobs, family, and, often, illness), we are unable to cover everything or manage our priorities in a balanced way. It seems that we have not been able to say no, nor have we been able to face chores healthily, giving priority to what is needed.

This situation made me think about the reality of vocation. Perhaps vocational discernment is also haunted by something similar to what we are living in these pandemic times: it seems that there is difficulty in managing our dreams and in prioritizing what is most important.

Difficult To Say ‘No’
In addition, it remains difficult to say no. We are amazed at the possibility that we are rejecting something and that, with that, we are jeopardizing our future. Now, the question should be reversed.

Since life is made up of choices, “not choosing” is already a choice. Such a choice also irreparably compromises the future. The future then becomes a “postponement” of what we are and what we want to be. Would it not be the case of prioritizing and making choices in line with our greatest yearnings for life, so that this would guarantee the future? Don’t we all want to ensure the future so that it goes in the direction of what we want the most?

It is concerning this last point that things get complicated, but that is no justification for not doing anything, without moving forward. Rather, since there are several paths that we would like to take, we must seek the right help for an authentic discernment that is capable of helping us to see the reality of what we are more authentically and integrally.

A Path For Two Or More
Vocation is not only a personal gift but also a gift for the world in which we live. In this sense,  vocation “includes the concern to unite the whole human family in the search for sustainable and integral development. The Creator does not abandon us.”(Laudato Si’, n. 13)

We all want to progress and grow at the most different levels, and there is nothing wrong with that. It is important to keep in mind that “we can once more broaden our vision. We have the freedom needed to limit and direct technology; we can put it at the service of another type of progress, one which is healthier, more human, more social, and more integral.”(Laudato Si’, n. 112)

We are not slaves of what we have, nor can we look to the future by placing ourselves as slaves to what we want to have! Integrating into our life–in the discernment and vocational experience–people who help us to see what we truly are and, consequently, the path that most fulfills us and makes us happy, it will be possible to choose without fear of compromising the future in the wrong way.

I remember once hearing a surgeon talk about the way he had to treat his wife when she had breast cancer. He said that when he took the scalpel to remove the malignant tumor, he felt in the eyes of his colleagues as if the phrase “he will mutilate his wife!”

Love Requires Cuts
Those looks made him say out loud, “I’m going to cut what is not good. Love requires cuts, but they are always aimed at saving, never mutilating.” Returning to the vocational question, it is more or less the same thing that happens when we put ourselves on a path of discernment. Someone will help us to “take what is not necessary.” In the end, we will not be mutilated people, but alive!

We will all win with good vocational discernment. The life of someone, when happy and carried out with authenticity, is always a gift and an asset for all humanity. For this reason, the vocation never mutilates anyone, but rather “presupposes respect for the human person as such, with fundamental and inalienable rights-oriented towards their integral development.” (Laudato Si ’, n. 157)

Like a snowball effect, walking the paths of vocation always leads to greater growth and reach a greater number of people: people who walk with us in discernment, people with whom we share the day-to-day life of our vocation, people who we help to discern their vocation ... people who have found a more authentic and happy life, thanks to our authenticity of life.

Often, in professional terms, we come across competent people. When this happens, almost without realizing it, we end up commenting: “You can see that you were born for this. You are not just in this profession to make money.” In some way, our professional performance is revealing, not only of our natural aptitudes but also of the greater vocation that inhabits us.

It is not by chance that we also look at certain people and say: “You are a fulfilled person!” Now, these people did not have an easy route, nor did they receive a divine letter on the tray saying what choices they should make at each moment of their lives. Rather, they had to go walking and, little by little, moving on.

Certainly, these people also had moments of doubt and a desire not to abandon certain paths. However, the more they discovered and lived their vocation, the more certain their choices became. However, it is important to bear in mind that vocation–because it is like love–is always demanding.

Constant ‘Yes’
So, don’t think that “once the discernment is done, everything is guaranteed.” On the contrary, vocation demands a constant ‘yes’ to the chosen path and fidelity to the choices that keep us on the path of the authenticity of our being. Isn’t this, for example, what happens to mothers? The demand for love moves them and pushes them to make life choices for the sake of their children. This vocation can be, to a certain extent, an icon of all vocations, since they all imply loving, choosing, and generating life/permanent service in favor of others. Assuring the future is not a “funneling of life”, it is expanding it to a sphere of authentic happiness in which everyone participates.

A Gift to Our Humanity

Vocation is a gift to humanity and a guarantee of humanization for every human being. It is addressed to all and it is liberating, not reducing, human existence.

Vocation opens doors to becoming a fully realized person. It is also a meeting point between God and humanity.

The Search for Meaning

To seek the meaning of life is to discern the vocation not only from what we are, but also from what we want to be. Only God gives us the gift of a meaning that goes beyond the troubled circumstances…