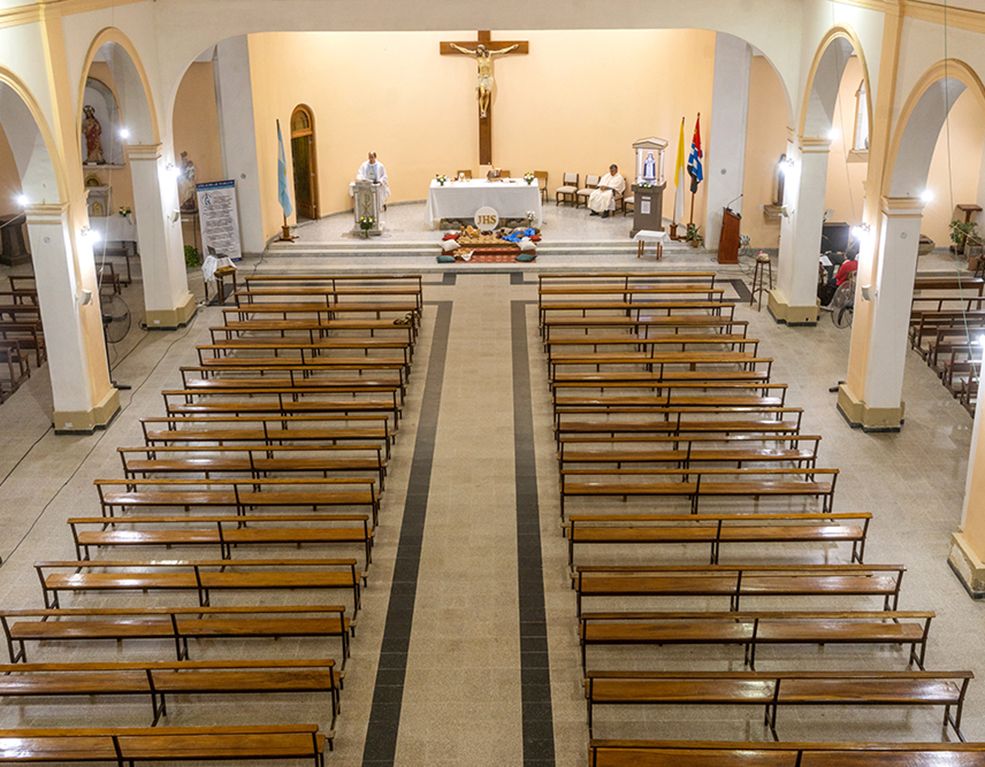 The Coronavirus pandemic, as a blow, hits all of us in the same manner without distinction. In doing so, it has brought us a new awakening that Humanity is one. Thus every blow can become a blessing if only we know how to give a positive response.

Every blow is a blessing if you only know how to turn one into the other. Coronavirus is a crushing plague, but it has brought us a new awakening. It tells us: Humanity is one. Royals and rag-pickers have been affected in the same way. Crown princes and common crowds have been hit in the same manner. For the virus, Blacks and Whites are equal. Nature is neutral to all living beings. With the eruption of COVID-19, a sense of solidarity has been stimulated. China reached out with her mask-diplomacy. India offered assistance to South Asian nations. Many nations rushed to the help of India herself when she was in need. Western nations cooperated and reached out to the poorer nations. There was a ready sharing of competencies and skills.

History teaches us that pandemics have changed the world. Perceptive people look back to the plague that hit Europe in the Middle Ages. Florence was hit the hardest. But that very blow turned into a blessing. Determining resistance to the negative experiences of the plague generated new energy and stirred fresh thinking and set the city on the path of Renaissance, which in turn prodded the entire western world in a new direction. Every blow turns into a blessing if the victims know how to give a positive response.

Profit-Making Amidst World Tragedies
But unfortunately, humanity does not always hold out its best in times of crisis. Its pettiness revealed itself even before the first steps towards cooperation produced any fruits. Accusations began mounting against each other about the origin of the ailment, its early neglect, and the lack of responsibility. The WHO itself was accused of being partisan. Meanwhile, the virus had spread worldwide, not sparing even the most developed countries. Streets stood empty, churches remained vacant, places of entertainment looked deserted, and the sense of togetherness came under strain. As lockdowns lengthened, there were reports of domestic violence, youth depression, even suicide. The healthcare team felt crushed under the weight of the heroic service they were rendering. The economy collapsed.

Media giants alone earned billions; the world was thirsty for news. That set the tone for a vaccine race. Every tragedy is an opportunity for the business community. Vaccine success would mean big money. So, it showed that wounded humanity remains wounded, not only falling victim to the virus, but also wrapped in mutual indifference, and equipped with tools for mutual exploitation.

The Neglect Of The Poor
During the pandemic, Pope Francis called for closeness to the suffering, assistance to the needy and the migrants. But the news we received was alarming. Over $100 billion had fled the developing countries. There were reports about the neglect of poorer sections in each society: Blacks in America, immigrants in the EU, lower castes in India. There seemed to be total indifference from the side of the better-protected elite. They call themselves meritocrats. Empathy was absent from their side, both in the immediate context of the pandemic and concerning the unequal distribution of care within the social order. Under their guardianship, democracies themselves are losing their purposefulness. They buy votes, write rules, win monopolies, stifle competition, and keep their profits high.

The vulnerable suffer most in times of crisis. Even in a financial crisis, large companies that caused the crisis are rescued at public expense; and the lower classes that generate wealth are put under economic discipline. The present pandemic seems to call for fairness to the deprived, the recognition of equality among classes and communities, and the restoration of social values to their honored place. The future belongs to those who strengthen this precious heritage called ‘Social Capital’. For centuries, the Catholic Church has been at the service of this compelling human asset.

Every Human Life Is Precious
It is alarming when we hear that in 30 years 1% will own 65% of world wealth. The richest 80 already own as much as the poorest 3.4 billion, says Patrick Dixon. This does not give hope for a peaceful tomorrow unless correctives are brought to these threatening trends. (Evangelii Gaudium 60) Wherever the Christian message is taken seriously, social assistance to the poor has remained active. Countries of Confucian tradition too, like South Korea and Taiwan have handled the pandemic fairly well due to the social concern that their civilization promotes. The Church respects and encourages constructive values in every culture.

The pandemic calls for solidarity and lively interactions among various sections of people: political leaders, those spearheading the economy, persons at public services, social activists, humble workers; religious leaders, and those who are committed to the jobless, needy, elderly, and the sick. The world realizes today more than ever that we need each other. No matter how hard Trump wanted to decouple the American economy with China’s, the trade exchange between them is worth $2 billion a day. We cannot disown each other, only together we can thrive. We must preserve the ‘social values’ in whose service the Church labored down the ages and promote mutually stimulating relationships with each other.

In times of crisis, spreading rumors and defaming other communities based on cultural prejudices are threats to this shared sense of solidarity. Passing on fake news without verifying it can throw communities nationwide apart and compromise its future. Untruth and violence are next of kin. And violence today moves hastily to excess. Remember, every human life is precious.

Resources Wasted On Arms
There was a time when only the World Powers were armed with weapons of mass destruction, others being subject nations or too poor to purchase highly damaging armaments. Today, with the rise of the economic resources of nearly every nation, global arms trade has risen sky-high, constituting the biggest source of income for many developed nations. Pope Francis considers it one of the most painful tragedies of our times. Money that could have been spent on life-saving infrastructures too easily goes for life-destroying initiatives.

Artificial Intelligence (AI) has placed itself at the service of Telehealth in amazing ways. It is encouraging to hear, for example, that heart irregularities in the future may be detected by wrist devices. AI can diagnose cancer with 97% accuracy: collecting and analyzing information better than humans. In this way, doctors can pass on mechanical care to the machines and concentrate on human care, personal attention, and counseling activities. Humans can become more human.

Protection Of Nature, A Crying Need
Repeated eruption of human ailments with connections to lower animals like bats and rats, eloquently argues for the interconnectedness of all life forms. It pleads for greater care of nature and protection of human surroundings. Deforestation and overuse of natural resources have turned ruinous. The present alternation of floods and droughts may be pointing to the worst disasters in the future. Entire ecosystems can collapse and biodiversity disappears. The stock of large fish has fallen by 90%. All life systems are interdependent. Respect for nature and every form of life is a duty for our very survival.

The way forward is not going to be easy. We need the wisdom of all nations and cultural experiences, and the assistance of all technological skills to help us shape our future. Pope Francis suggests “shared solutions” to our anxieties. Honest debate about all problems related to good health, economic development, and common welfare is required to arrive at reliable conclusions. Our future cannot be one of division and mutual incrimination. Nor can it be one only of ‘maximizing profit.’ Joy consists in collaborating in common ventures in difficult times.

“No Man Is An Island”
Amidst the deaths caused by the pandemic, Pope Francis remembered these words of John Donne: “No man is an island…Any man’s death diminishes me because I am involved in mankind.”

Man is only a ‘breath’, the Pope reminds us, referring to Blaise Pascal, “… a vapor, a drop of water is enough to kill him.” (Pensées 347) “Man is only a reed, the weakest thing in nature, but he is a thinking reed, a reed with self-awareness, and to that extent infinitely precious even if most of the time, his self-awareness remains a mere dormant potentiality.” It is often a crisis that awakens this potentiality. Once awakened, we do not give up before any trouble and cringe, but seek to build up “Fraternity and Hope” in society that helps us to turn every Blow into a Blessing. For, the future is ours.